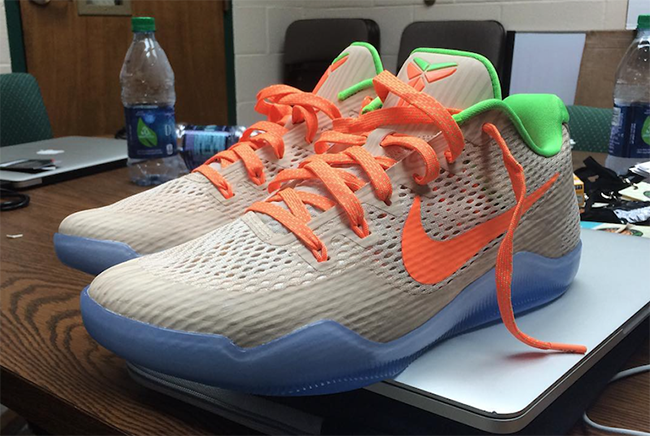 The Nike Kobe 11 ‘Peach Jam’ will represents participants in the 2016 EYBL also known as the Elite Youth Basketball League. The tournament is also referred to as ‘Peach Jam’. Athletes that take part will receive this Nike Kobe 11.

Following in what now appears to be a yearly tradition, the Nike Kobe 11 is shown a lot of love to the EYBL Tournament. For those pair, they feature a ‘Peach’ vibe with the shade used across the uppers. In addition, Green is spotted on part of the Kobe branding and liner. A darker shade of Peach is then used on the Swoosh, laces and underlay. Finishing the look is a translucent midsole and outsole which exposes ‘Peach Jam’ written and a Peach with EYBL.

At the time of writing, it isn’t known if the Nike Kobe 11 Peach Jam will be an exclusive to EYBL participants, or if Nike Basketball will release them. Below is another image and make sure to check back with us for updates.

Update: New images of the ‘Peach Jam’ Nike Kobe 11 has arrived thanks to regularolty. Still no information on a release but stay tuned. 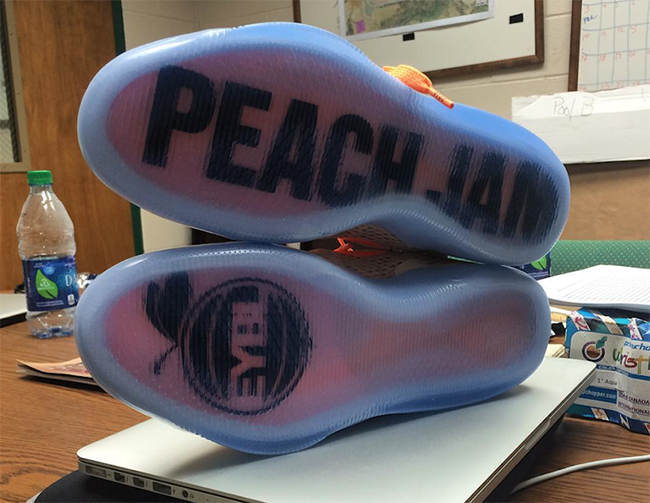 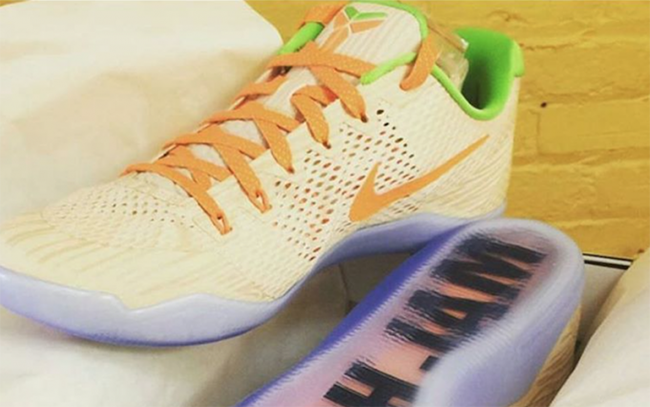 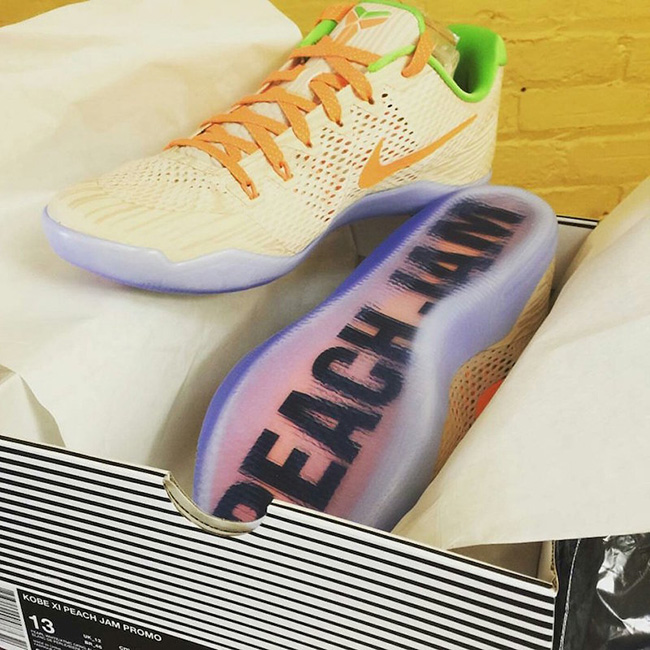