You Can Win the Nike Kobe 11 Eastbay 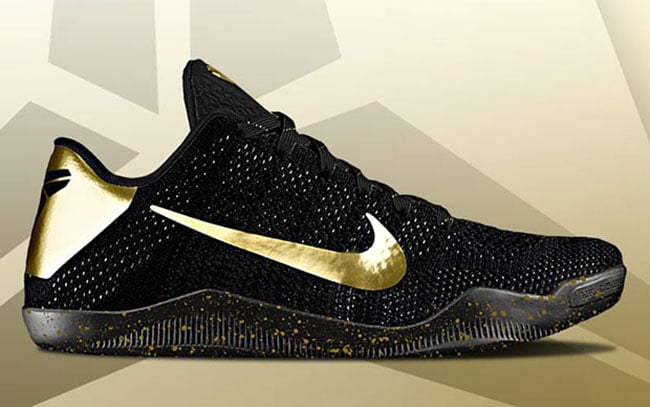 The Nike Kobe 11 has launched in some clean color mashups and has fans excited to see what’s to come next. Celebrating his final season in the NBA, Eastbay has designed a special pair of the Nike Kobe 11.

The Kobe 11 features an all-Black upper which is inspired by Kobe Bryant’s nickname, the Black Mamba. In addition, the shoes will feature Gold hits which reflects the ‘Gold Standard’ of his professionalism and work ethic on the court. More Gold is added around the heel which is a tribute to his team, the Los Angeles Lakers. The other Gold details reflect all Gold medals Bryant won playing for Team USA along with the 5 NBA Championships he helped bring to LA. On the inside of the tongue is ‘Eastbay Edition’ which finishes this special edition.

You can actually win the Nike Kobe 11 Eastbay. For those that want to try, you will need to follow @Eastbay on Twitter. From there, you can either Retweet this following Tweet or Tweet at Eastbay using the hashtag #SeasonOfKobe stating your favorite Kobe memory on March 15th. Good luck to everyone participating.