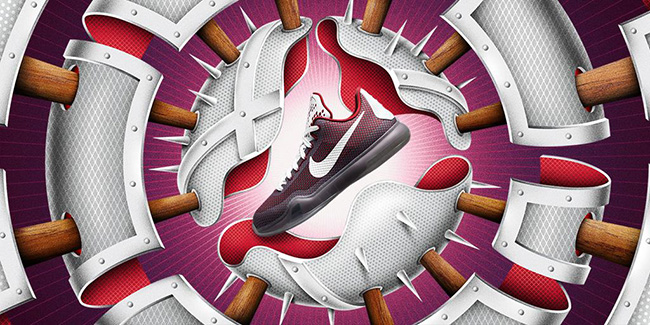 Not confirmed, but the color scheme of the newest Nike Kobe 10 GS to leak resembles that of Kobe Bryant’s high school, Lower Merion. As of now, the Nike Kobe 10 Young Knights is expected to be a kids only release, but that doesn’t mean another pair could drop in the future.

You actually won’t see any of the schools branding on them, but the use of red which is more like a maroon dresses the uppers that is paired with grey tooling. Finished with a translucent sole and white through the tongue, laces and swoosh.

The ‘Young Knights’ Nike Kobe 10 GS has an official release date for July 25th, 2015 and will retail at $135. Once more images become available, we will let everyone know. What do you think of this Kobe 10 being a kids exclusive? 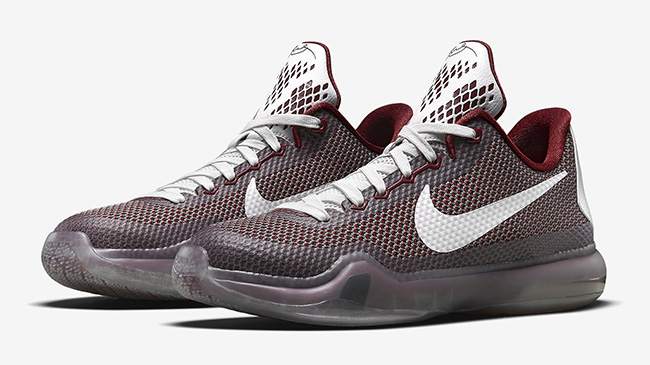 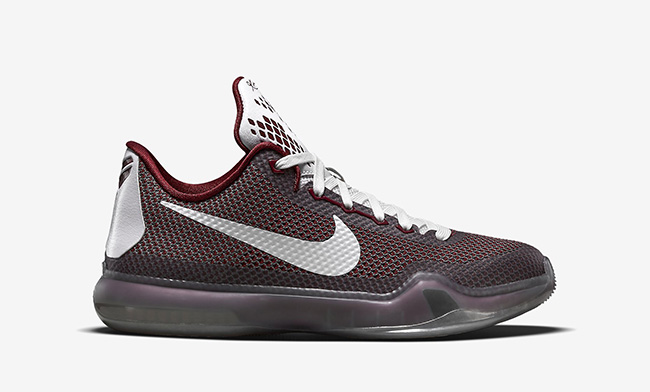 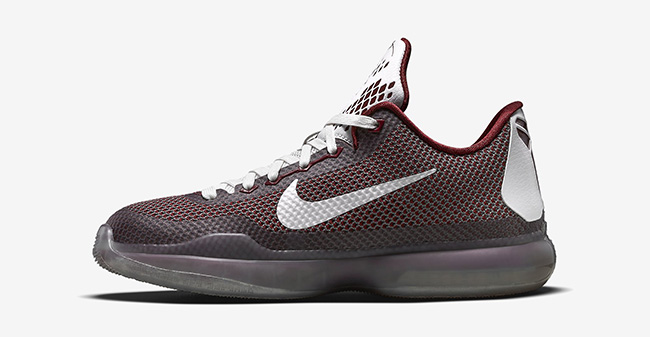 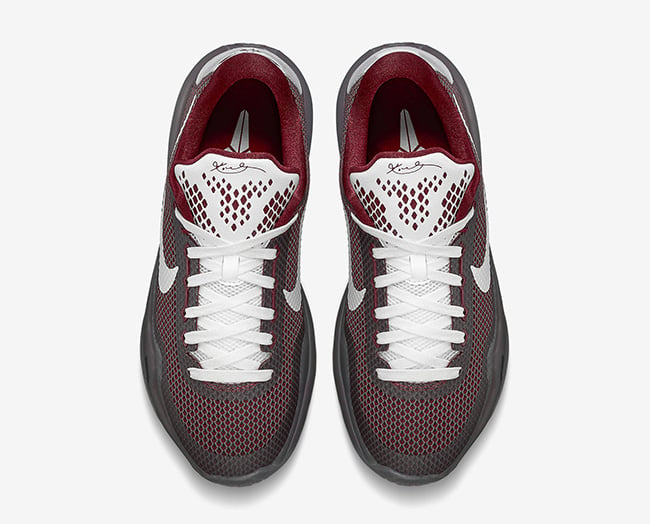 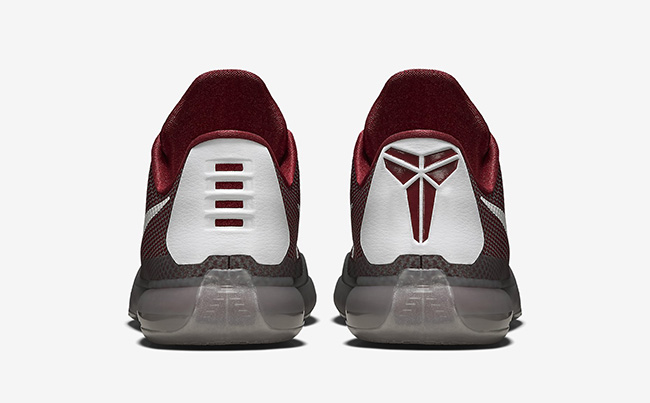 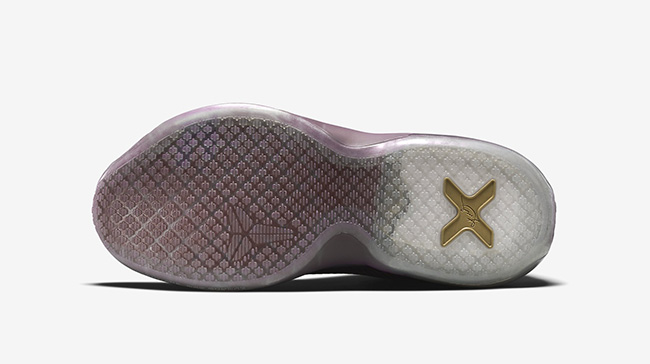