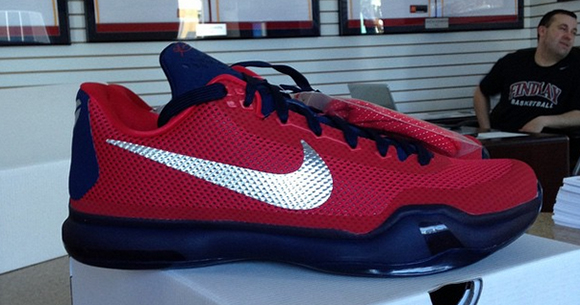 The next High School to receive their own Kobe 10 PE is Nevada’s Findlay Prep, who has a top tier basketball program. Findlay usually receives Nike PE’s, but this is the first for the Kobe 10.

The Findlay Prep Nike Kobe 10 PE is of course inspired by the schools colors. Using red on the uppers, navy blue is placed on the midsole, tongue and heel while black runs through the laces. To allow them to pop a bit more on the court, Nike used metallic silver for the swoosh.

Since this is a PE, the Kobe 10 ‘Findlay Prep’ will not release to the public, but if you know someone of importance in the organization you might be able to score a pair. 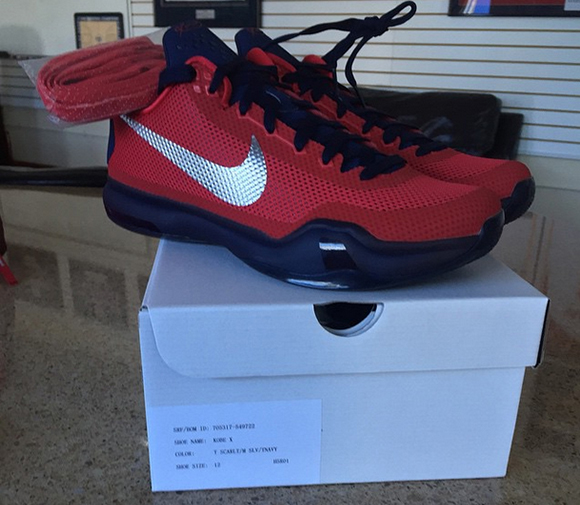