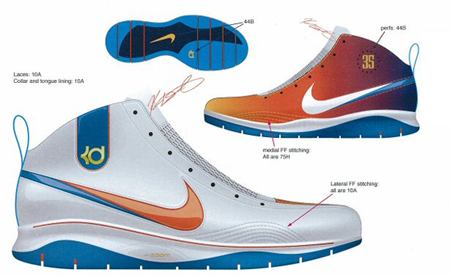 Up till now Kevin Durant has been seen wearing the Player Exclusive edition of the Nike Blue Chip, but 2009 will mark the year of his next signature sneaker. The KD1 has been designed to feature his the team colors of the Oklahoma City Thunder, formerly known as the Seattle Supersonics. The KD1s are outfitted with a white upper and an orange swoosh and blue sole. However, the medial area of the sneaker sports a gradient design and a white swoosh. Other important elements include zoom air technology and a XDR compound outsole. Expect to see the KD1 in stores starting January 2009. Via Kenlu. 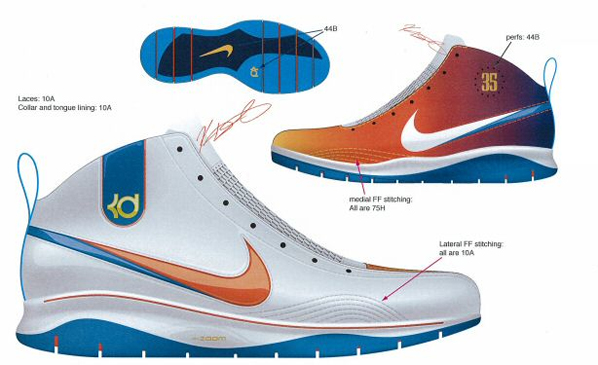