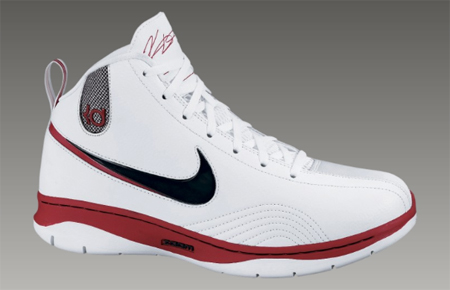 Kevin Durant has definitely seen his fair share of success on the courts this year including a monster performance in the Rookie Challenge when he dropped 47 points and was awarded the MVP of the game. Now, Durant is hoping to continue his success off the courts through his signature sneaker, the Nike KD1. Though the KD1 has been featured in a lot of unique and bright colorways upto now, this pair has a clean and simple color scheme. Yielding a white upper accented by a red midsole, red/black swoosh, and other red accents, this pair’s colorway will most definitely change some sneakerheads’ opinions on the Nike KD1. The White/Black-Varsity Red-Metallic Silver colorway of the Nike KD1 is now available at your local retailers for $88.