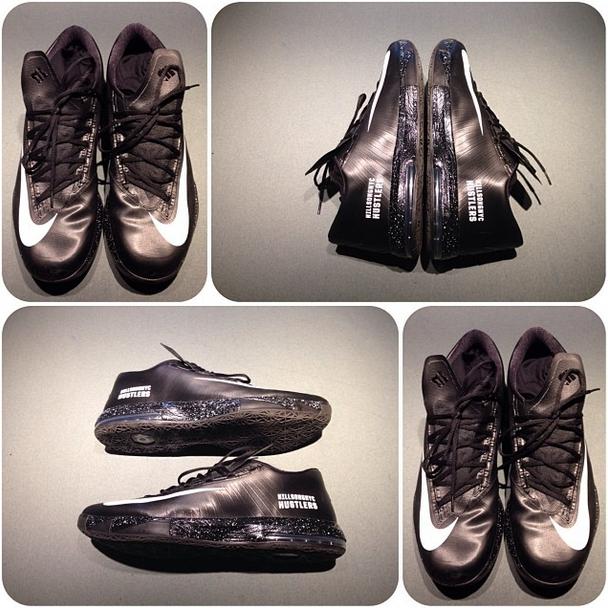 After previewing the Nike KD VI (6) “Hillsong NYC Hustlers” PE back in September, today welcomes a new detailed image of the celebratory model.

Inspired by the Hillsong Church of New York City and basketball team, this Nike KD VI (6) again features a black and white colorway with bold Swoosh branding, a speckled midsole, and the words “Hillsong NYC Hustlers” across each inner heel to commemorate the church where Kevin Durant decided to share his faith earlier this year. Despite being miles upon miles away from Oklahoma City where Durant currently plays professional basketball, Durant has since endorsed the church and its pastor Carl Lentz during the offseason “because of the way he treated people and liked the fact that the pastor was unfazed by his celebrity”. Not only that, Durant actually admired the pastor’s casual style and had become comfortable enough to invite Lentz to stand beside him when he signed to Jay-Z’s Roc Nation Sports.

Let us know what you think about our latest look at the Nike KD VI (6) “Hillsong NYC Hustlers” PE and keep it here at Sneaker Files for more.