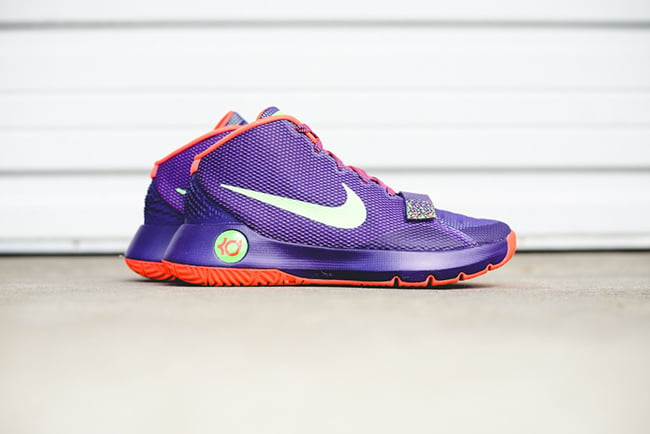 Nike is revisiting one of their most popular color combinations on a past KD model and this time introducing it to the KD Trey 5 III. While the image isn’t the best, we still get a first look at the Nerf Nike KD Trey 5 III.

The KD line didn’t really take off till the KD 4. Some of the best and memorable color mashups we still see today came from that model, for example the Weatherman and Nerf. The Nerf release was interesting as it was a collaboration with the Hasbro and Nerf.

The Nike KD Trey 5 III Nerf uses purple through the uppers, neon green accents the swoosh and branding. Also used is a neon orange that lands on the liner.

As of now there isn’t a release date for the KD Trey 5 III ‘Nerf’, but typically the release is exclusive to Asia. Let’s hope Nike decides to launch in the states.

Update: The ‘Nerf’ Nike KD Trey 5 III is now releasing at shops in the U.S., one being Sneaker Politics. Retail price is $115. 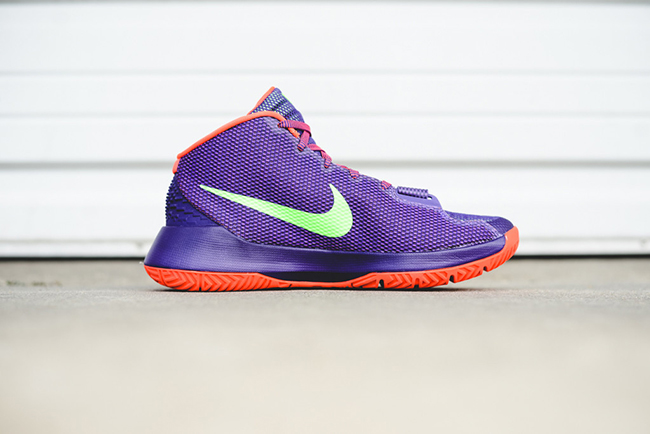 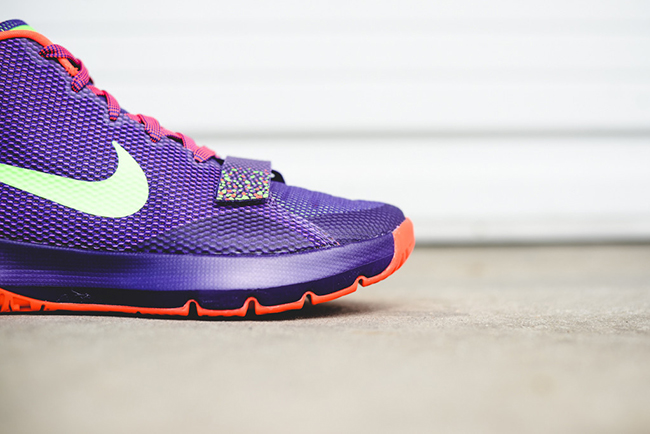 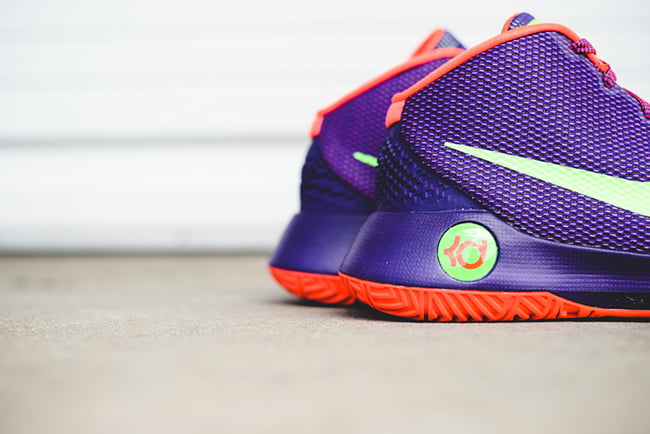 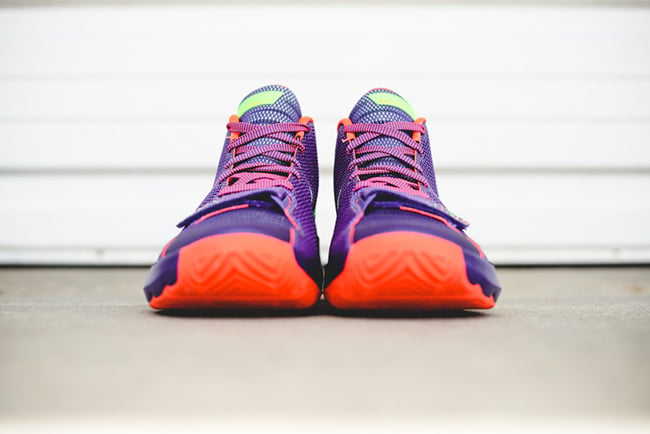 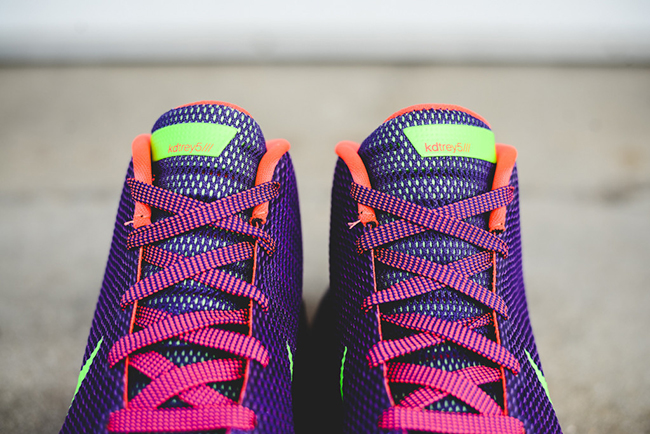 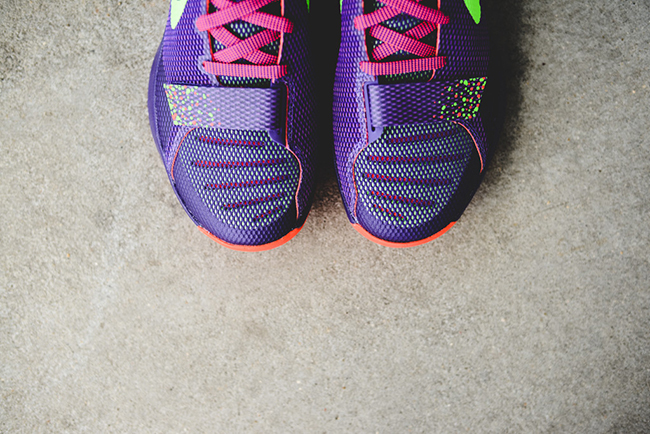 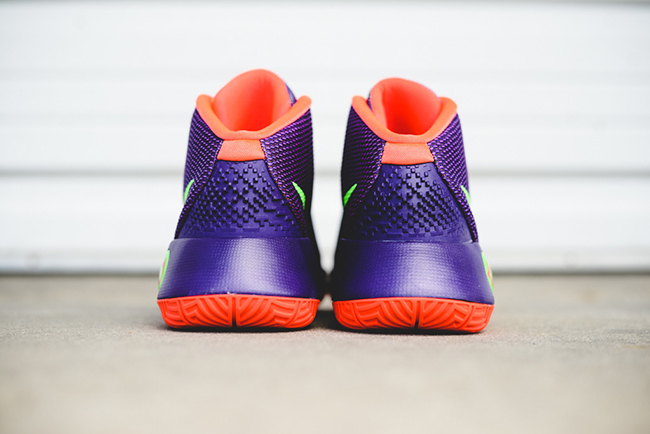 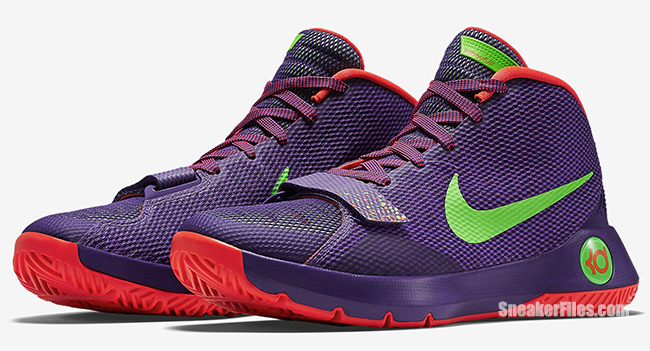 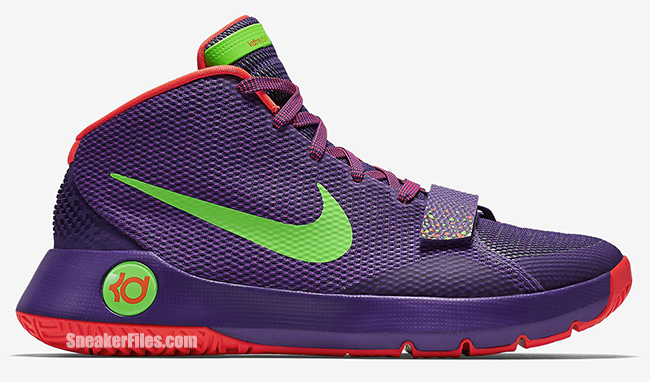 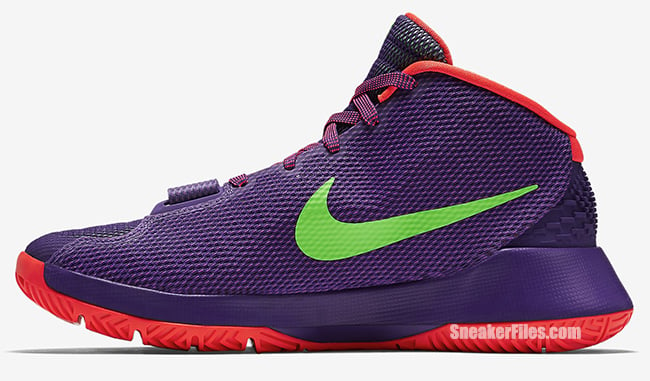 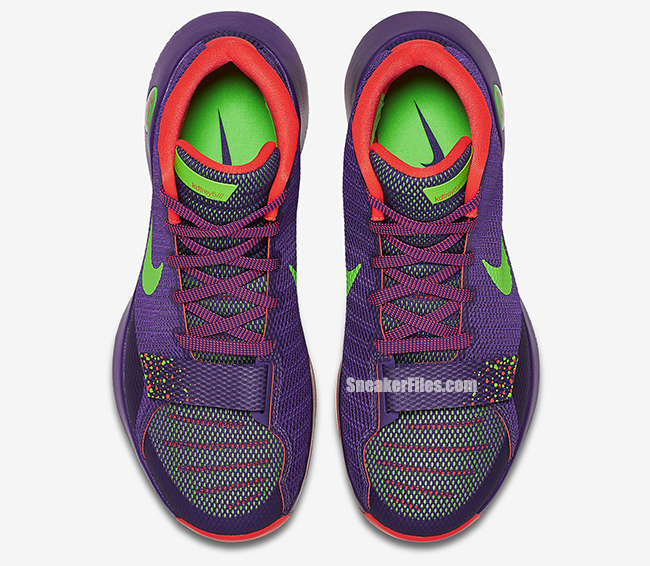 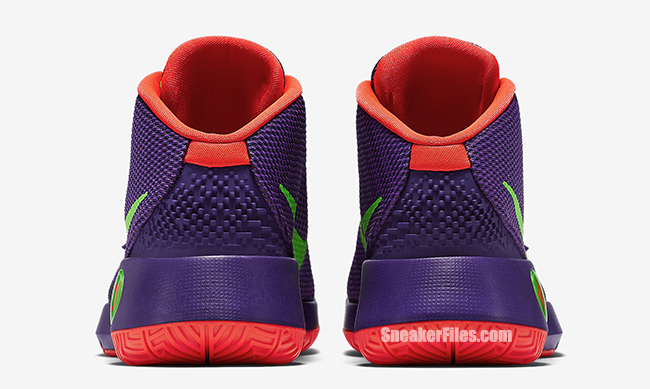 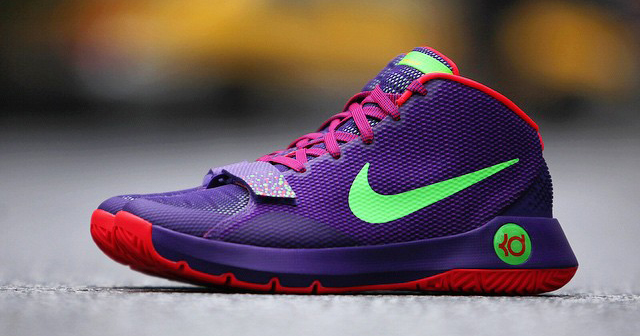 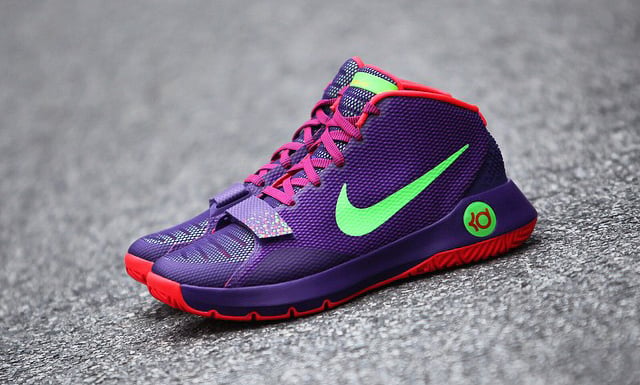 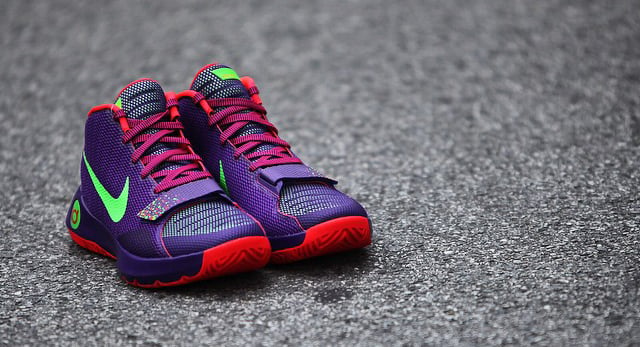 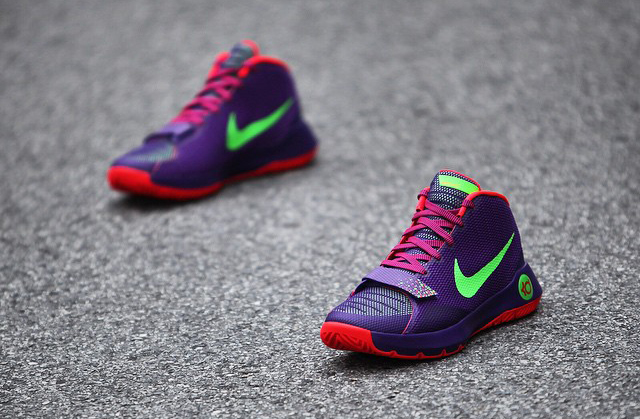 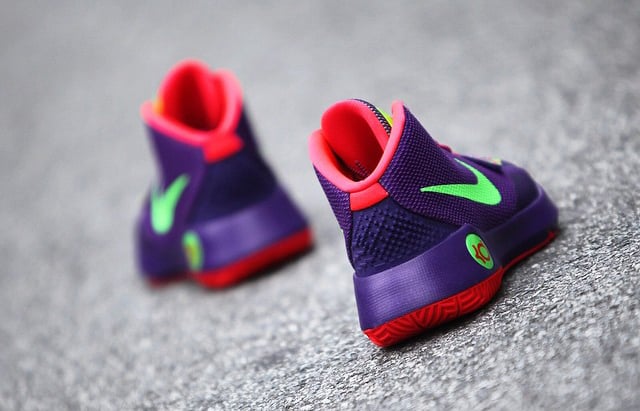 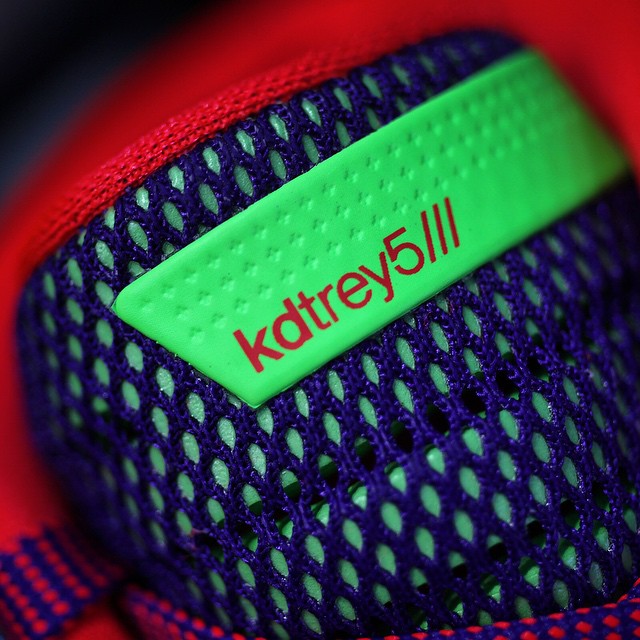 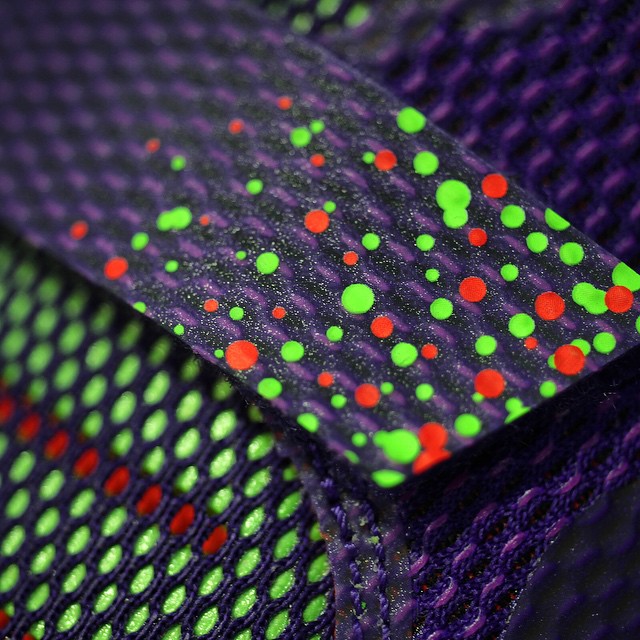 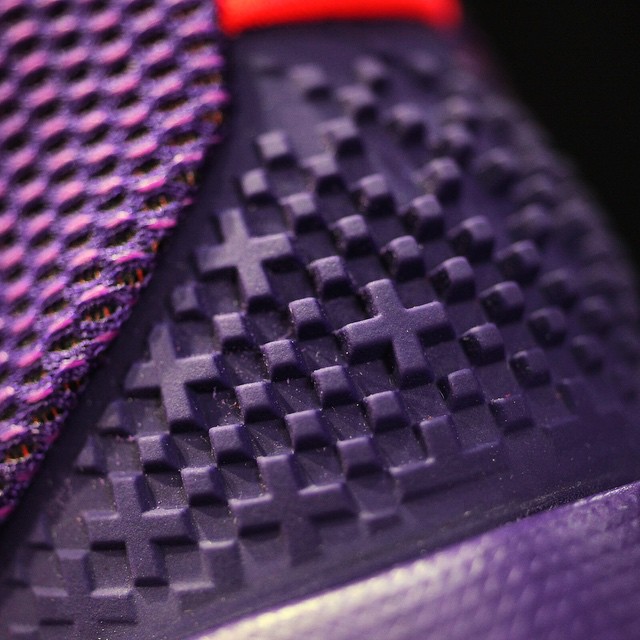 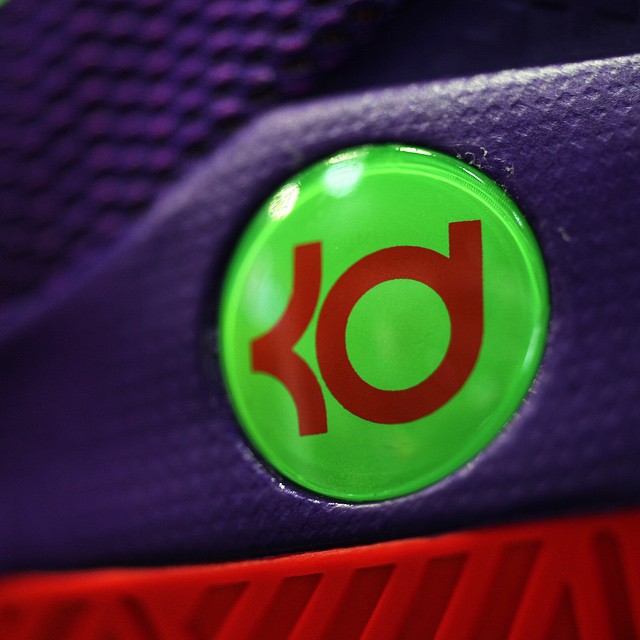 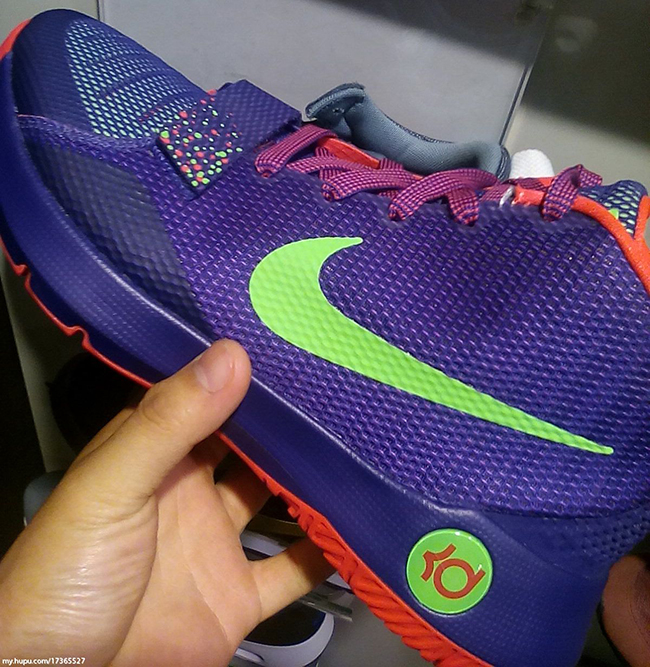 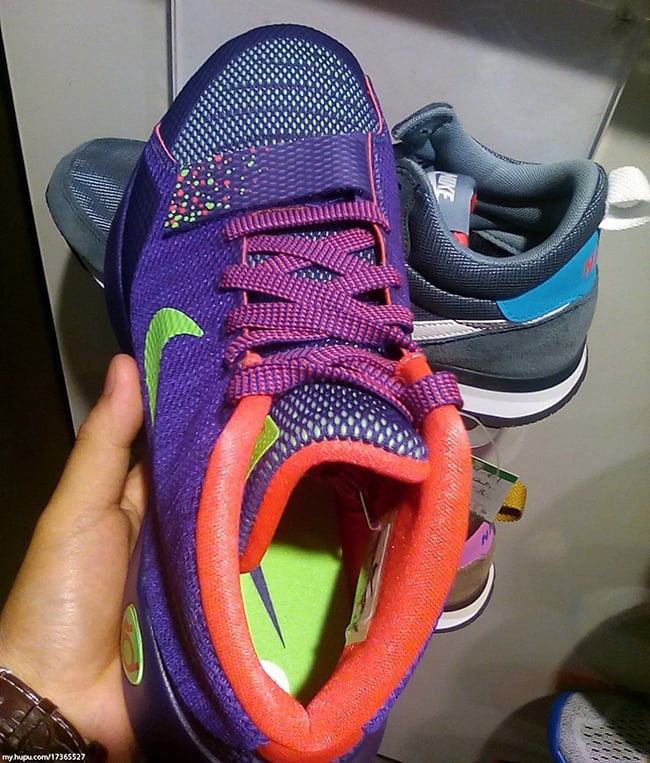 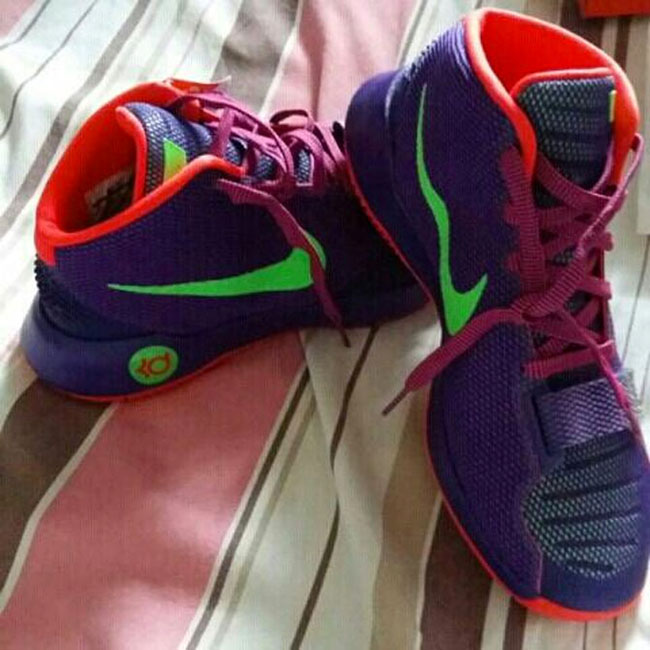 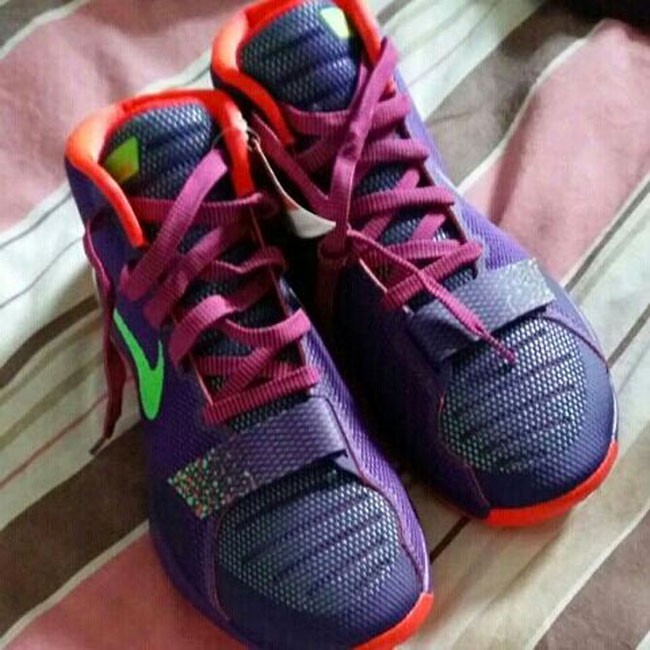 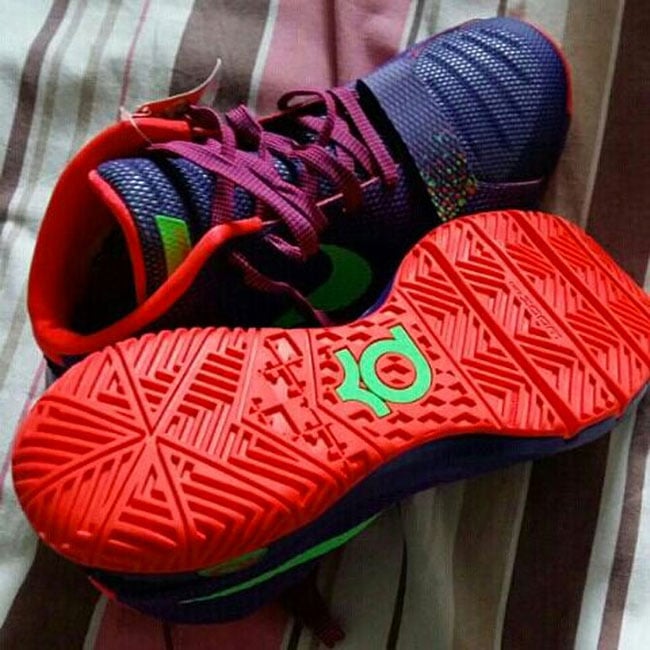