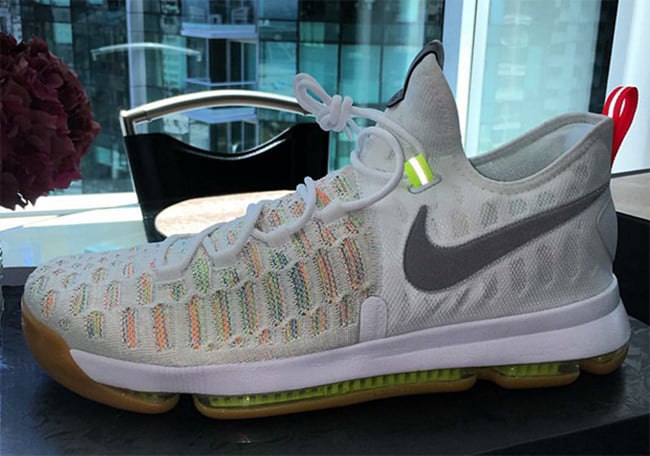 Another Nike KD 9 has leaked, this time being the Nike KD 9 ‘White Multicolor’ which was spotted at the Golden Air event in the Bay Area.

The Nike KD 9 has popped up in a few different color schemes but so far, two has released. In addition, this marks the second Multicolor to leak with a few minor changes.

We are sure there is some inspiration and a background story, but some are calling these key lime as of now. Looking closer you will notice a mixture of White and Multicolor through the Flyknit while hints of Volt and Bright Crimson are spotted on the heel tab and top eyelet. Completing the look is Gum used through the outsole.

Below are additional images that will give you a better look at the Nike KD 9 White Multicolor. They are set to release at retailers on August 31st, 2016. Retail price will be $150.

Update: New photos of the ‘White Multicolor’ Nike KD 9 were captured thanks to NT. 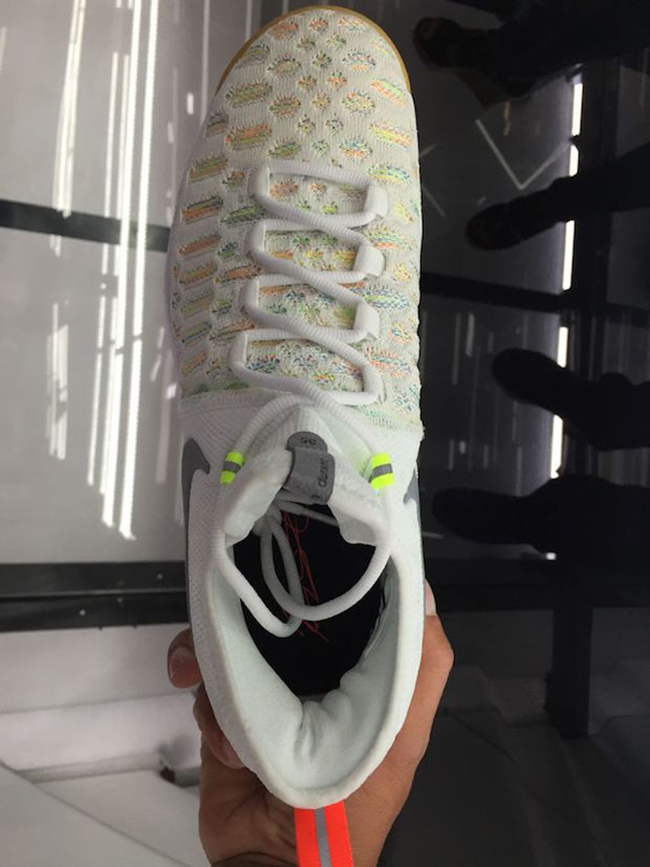 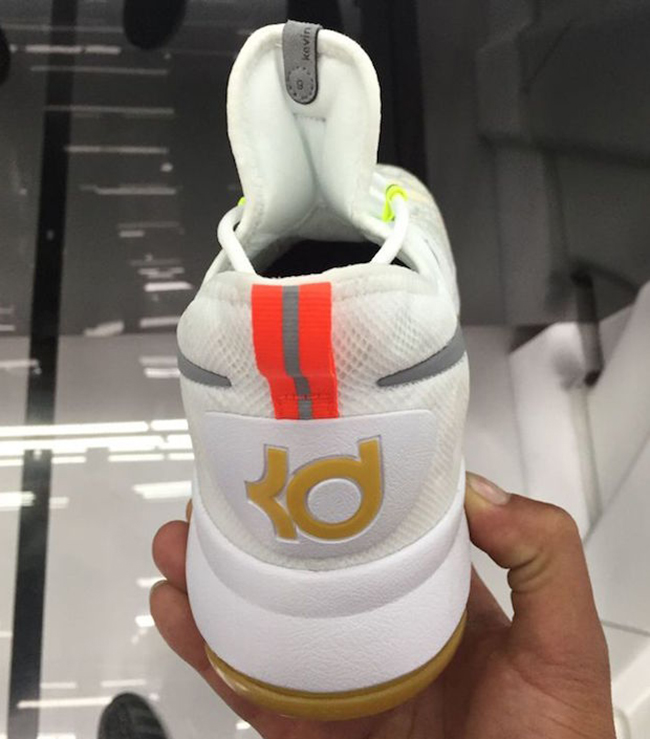 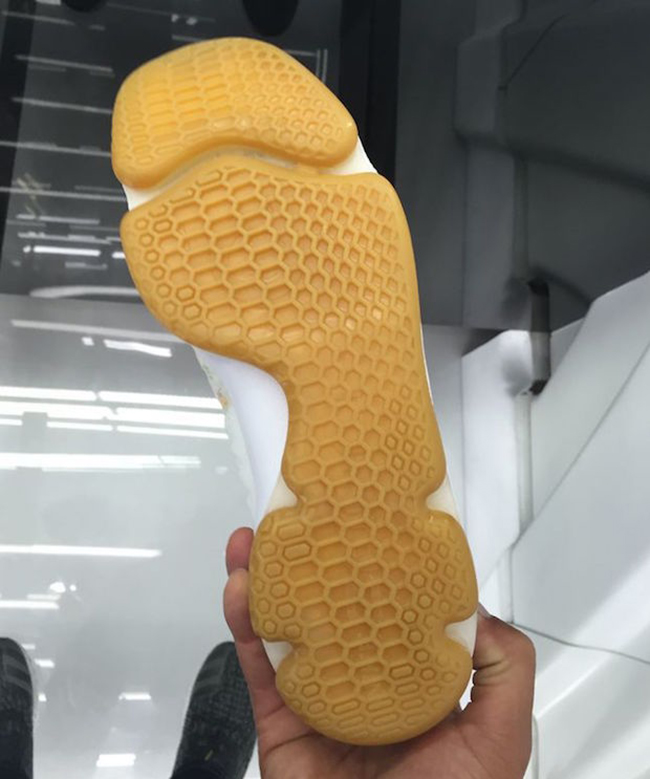 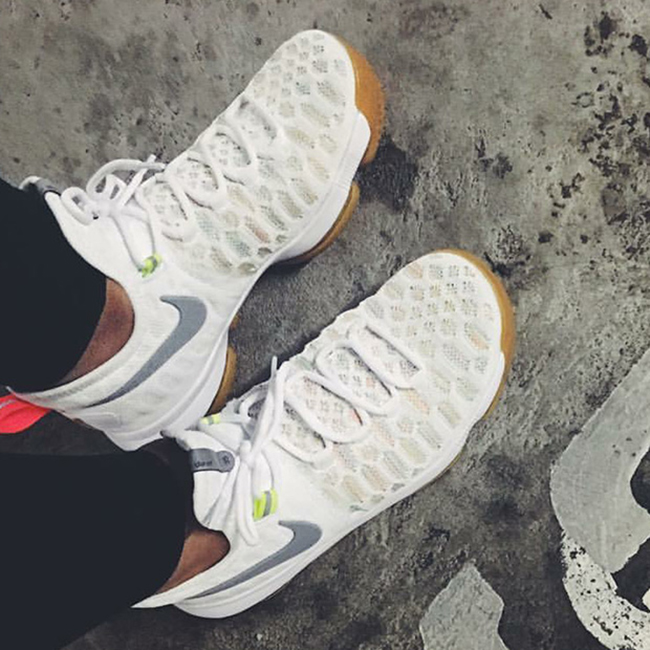 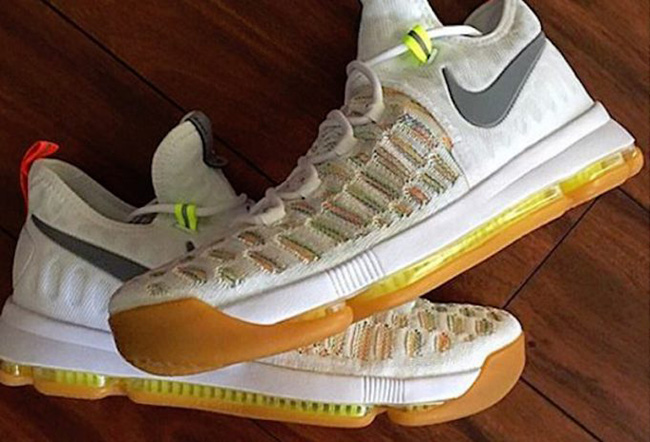 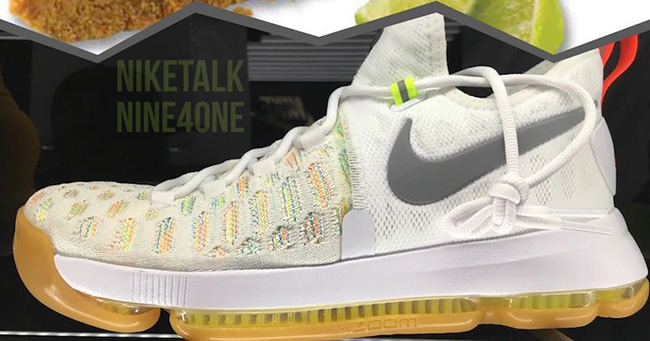 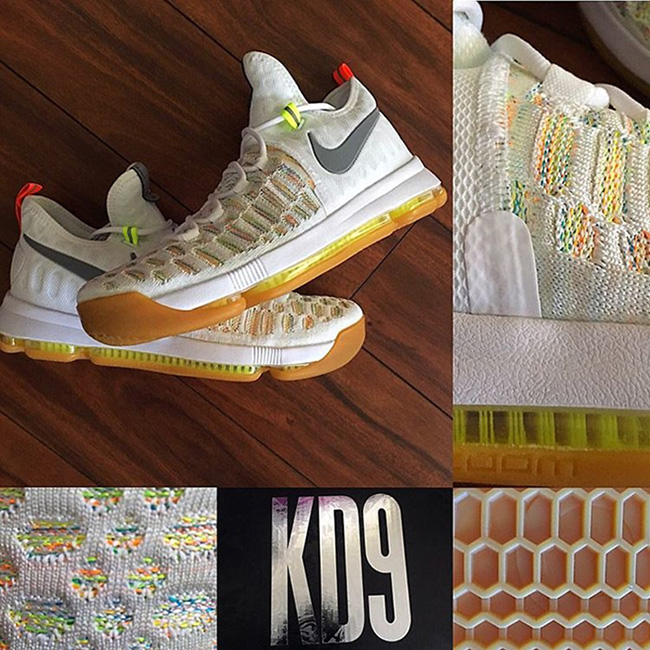