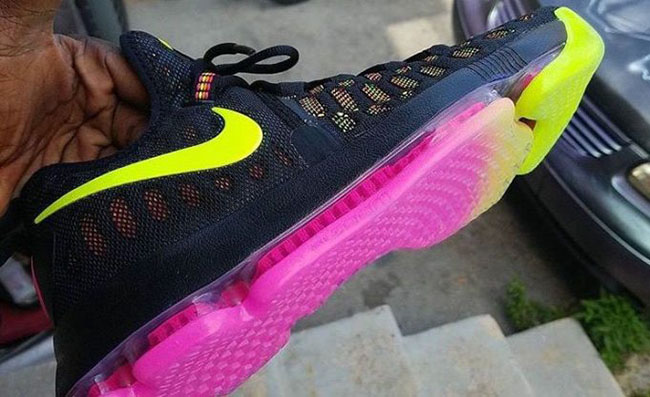 The Nike KD 9 has now started to release which has already gotten off to a better start then the previous model. A new pair has recently been spotted which will get fans of the line excited. Here is the Nike KD 9 ‘Multicolor’ that is set to release later this Summer.

Two different variations of the Nike KD 9 using Multicolor leaked. The first one was at the grand unveiling of the KD 9 which will not release but the pair shown will land at Nike Basketball retailers.

Looking closer, they feature a predominate Black through the upper while constructed with a Flyknit chainlink design. The underlay, which is clearly visible will showcase the Multicolor look. Accents of Pink and Neon Yellow are spotted throughout with the standout being the gradient look across the outsole.

The Multicolor Nike KD 9 will release at Nike Basketball retailers on August 31st, 2016. Retail price will be $150. Keep scrolling below to see additional photos and make sure to check back with us for updates. 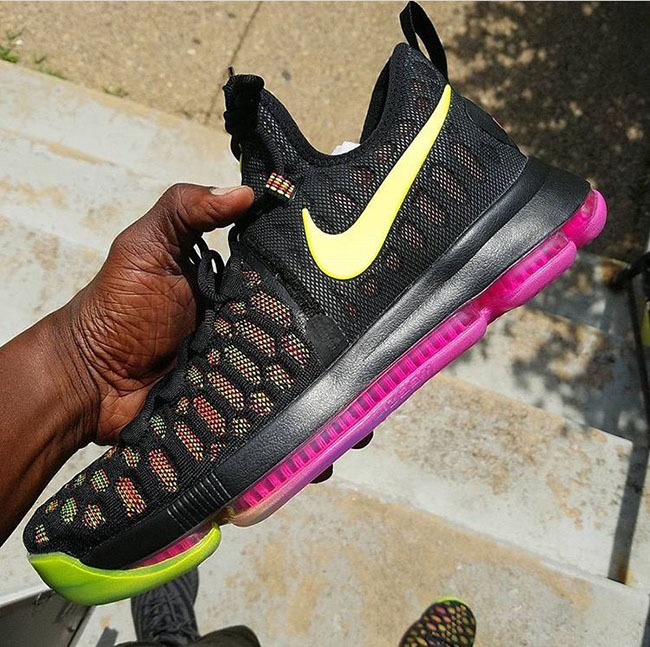 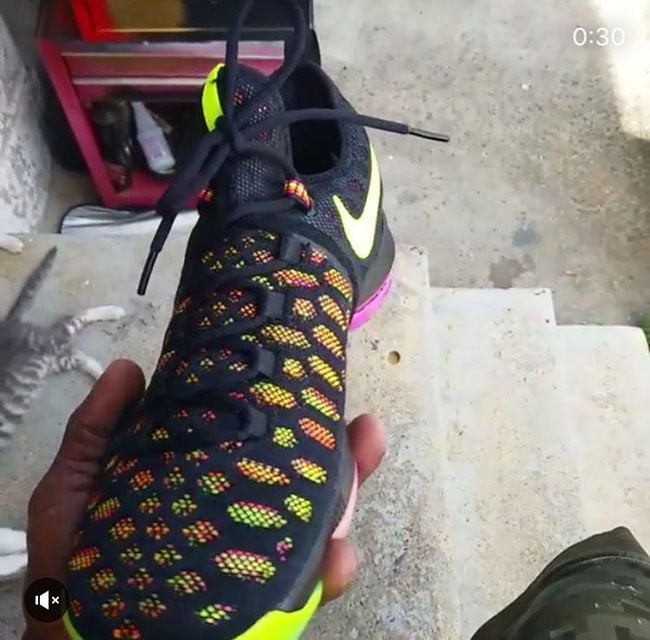 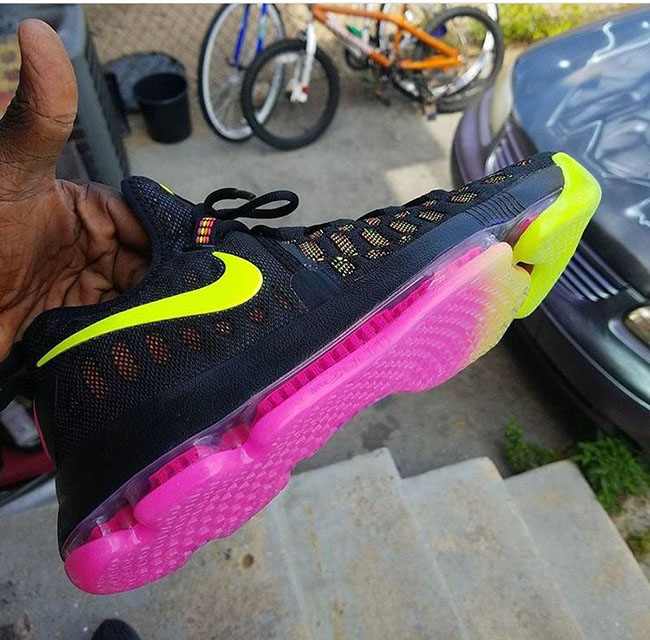 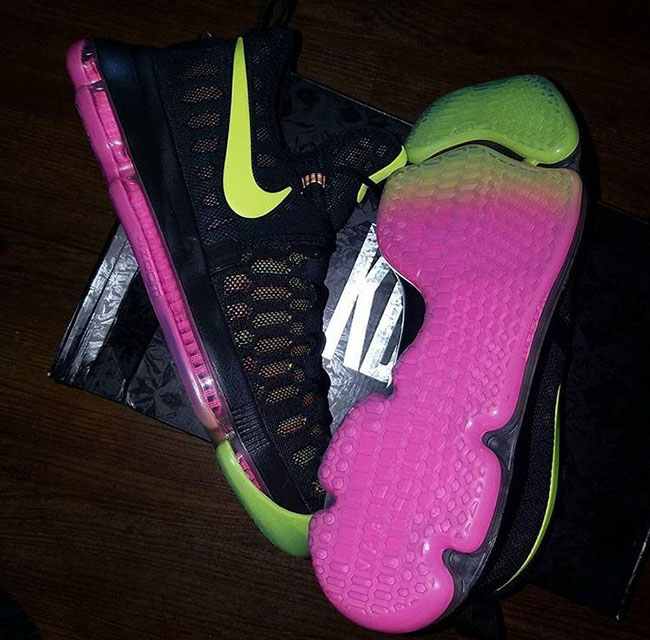