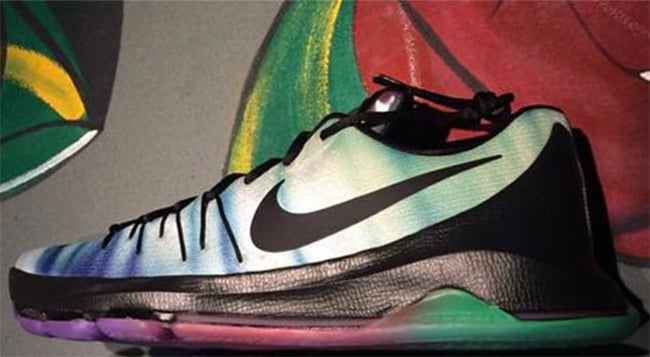 The Nike KD 8 ‘Northern Lights’ is rumored to have a future release, although this is not confirmed. The pair shown has found it’s way into Randy William’s hands, a personal close friend of Kevin Durant’s.

Not even the nickname of ‘Northern Lights’ is confirmed, however the theme of them does seem to be legit. As you can see the base features an array of colors that form what appears to be the Northern Lights. Black then highlights the midsole, swoosh, liner and laces. Finally the last touch is a translucent outsole with a rainbow gradient.

Like previously mentioned, we are not sure if the ‘Northern Lights’ Nike KD 8 will actually release, but if they wind up hitting retailers, we will make sure to let you know. For now you can see a few more shots of the shoes below. Do you think Nike should drop this pair? 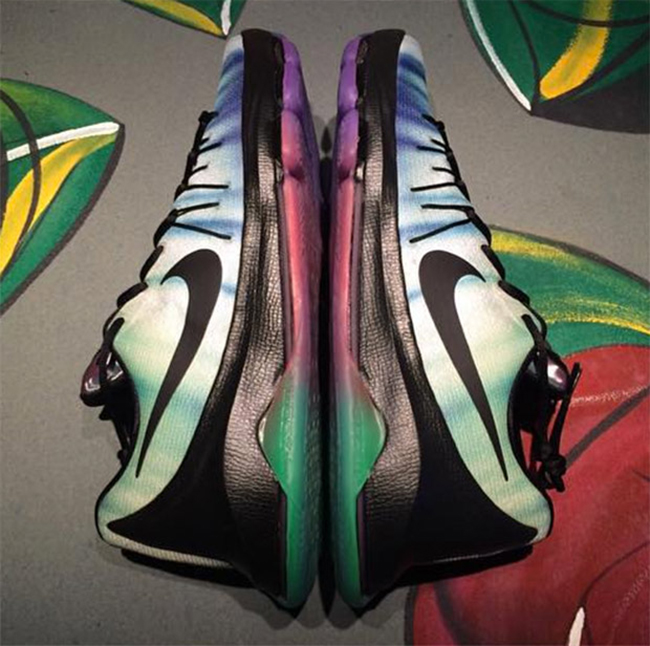 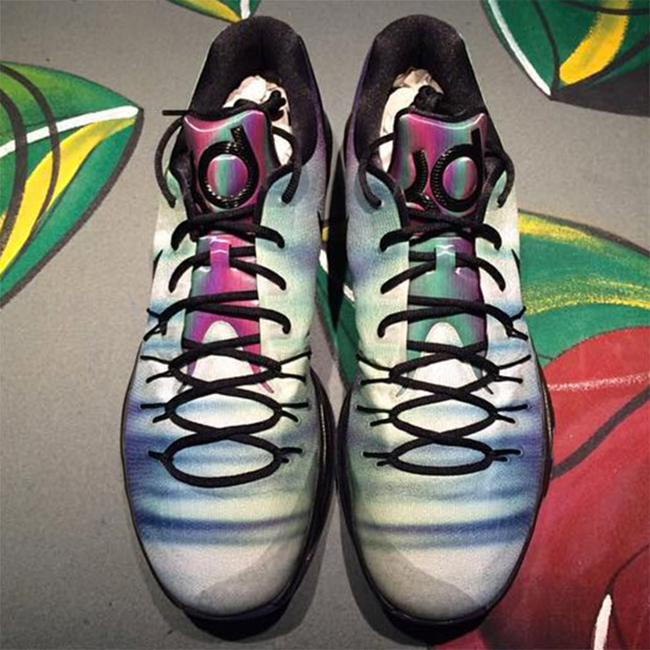 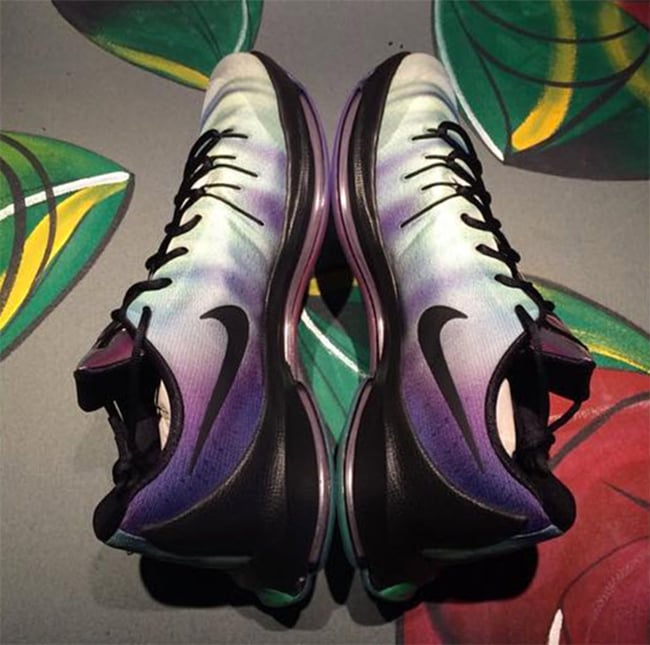