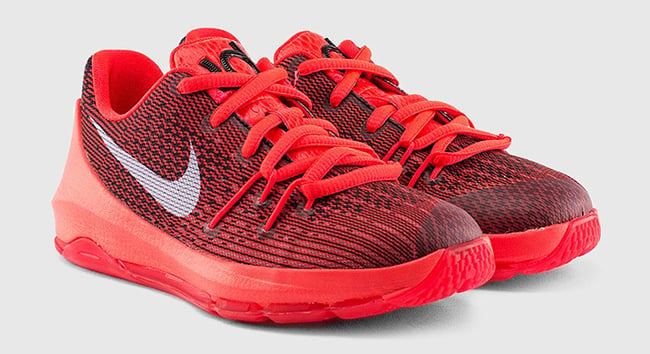 First images leaked of the Nike KD 8 Bright Crimson and now we have detailed images as well as release information.

The Bright Crimson Nike KD 8 is set to release in July. We have also received a sketch image of the shoes provided by Durant himself. Inspiration came from the sabertooth tiger which he has tattooed on his leg. But according to Durant, he says “it’s not just the ink on my body… attacking is in my DNA”.

One thing everyone can’t stop talking about is the strong resemblance to the Air Max line, specifically the 2015. Durant did say the shoes would change the game, and we have to agree. We just wonder how they will feel on court.

For tech we have an engineered mesh upper, TPU heel counter, Dynamic Flywire and of course the Air Unit.

The KD 8 features mainly bright crimson with black working its way into the sides. At the heel is the sabertooth tiger fangs that can easily be over looked since it naturally extends from the midsole. Finally we have metallic silver landing on the Swoosh which could be made of 3M.

We have a release date for the Bright Crimson Nike KD 8 on July 11th, 2015. Retail price will be $180, the highest to date on a standard model. Check out more images below and leave a comment letting us know what you think.

Update: Pre-School sizes of the Nike KD 8 ‘Bright Crimson’ are available extremely early at KicksUSA.com for $85. 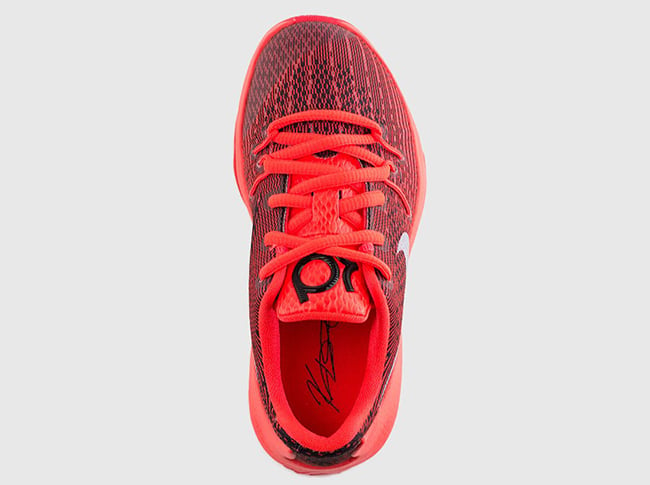 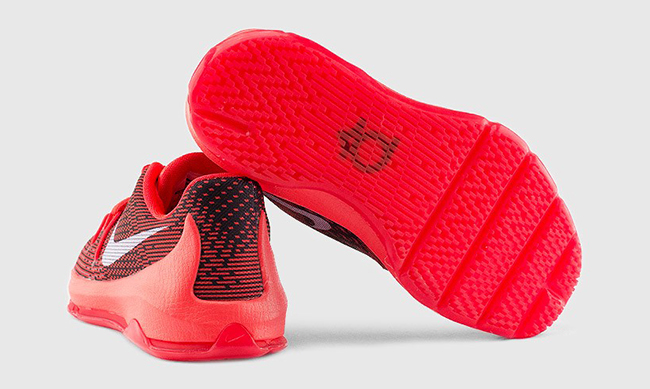 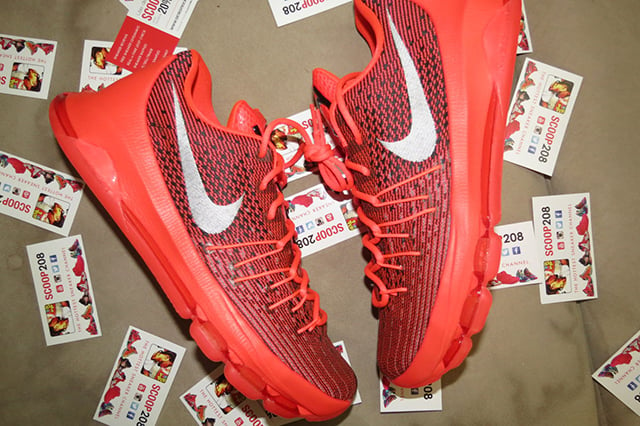 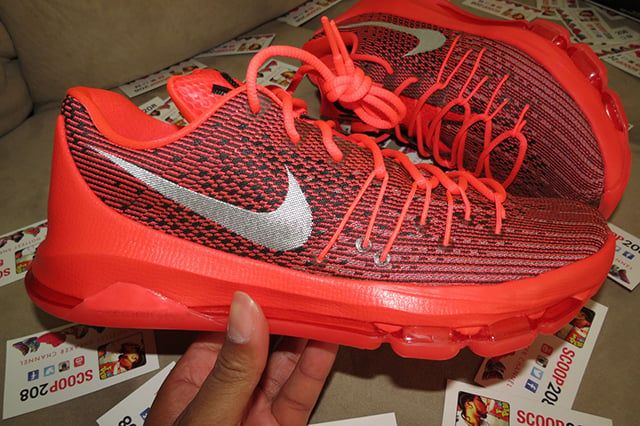 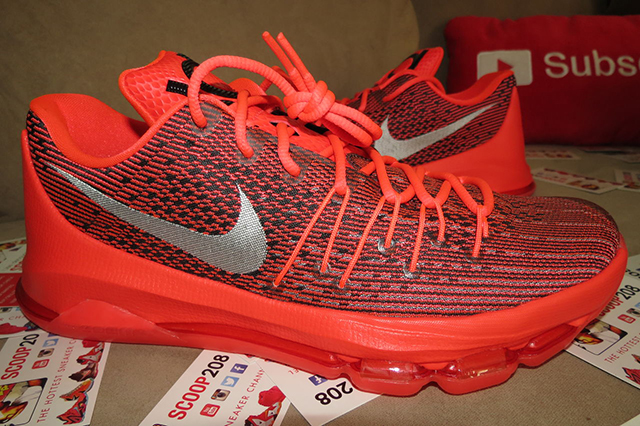 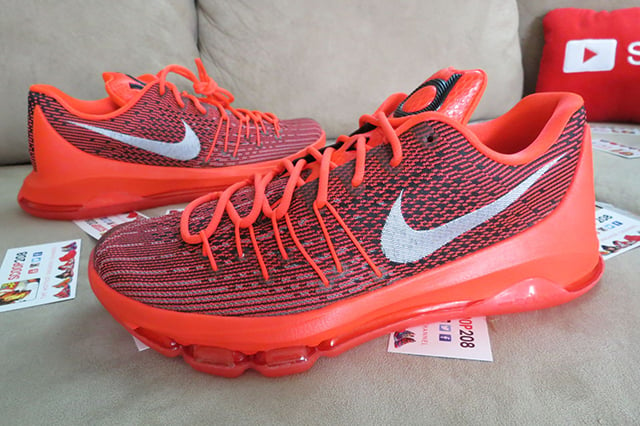 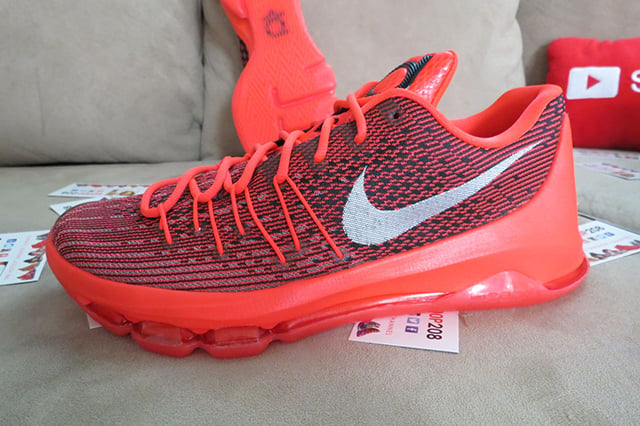 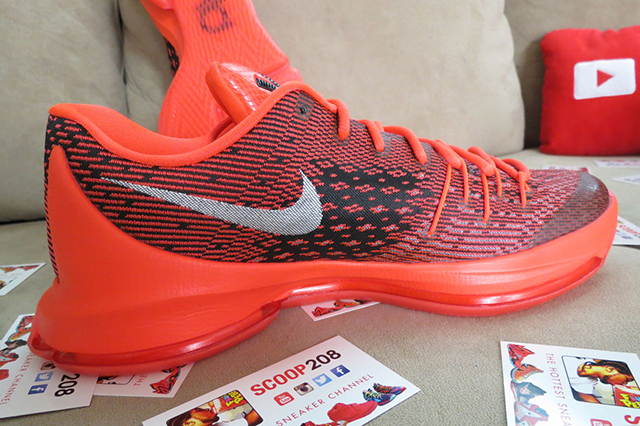