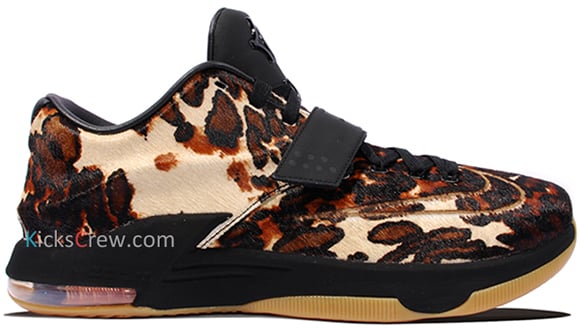 A lot of people were excited when images surfaced of the Pony Hair Nike KD 7, but at the time it seemed like this pair was an exclusive to Kevin Durant and his friends. Today we have confirmation that they will release and are available at a select online retailer.

Kevin Durant is the king of H-O-R-S-E at least when he use to play back in the day but we are sure he still has the crown even if it’s in his own circle. This pair, inspired by the game features faux Pony hair on the uppers with black landing on the strap and midsole. Nike has also added a gum sole which goes nicely.

We don’t have a release date just yet but the people over at Kicks-Crew has them now, which means a wider release will happen, but still limited. 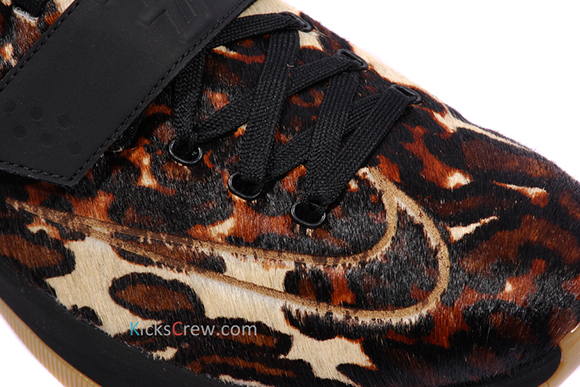 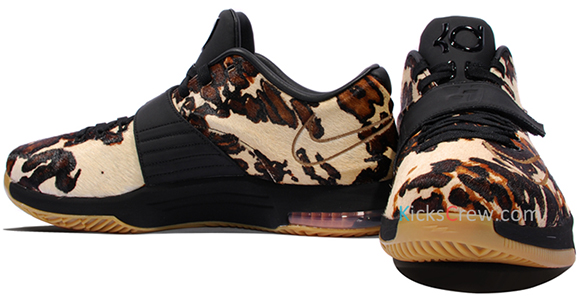 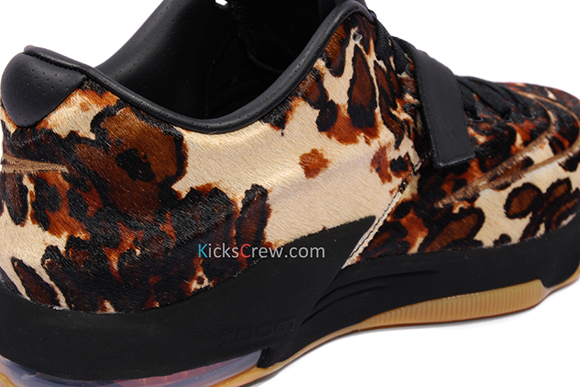