HomeNikeKyrie Irving May Have His Own Nike Signature Shoe

Kyrie Irving May Have His Own Nike Signature Shoe 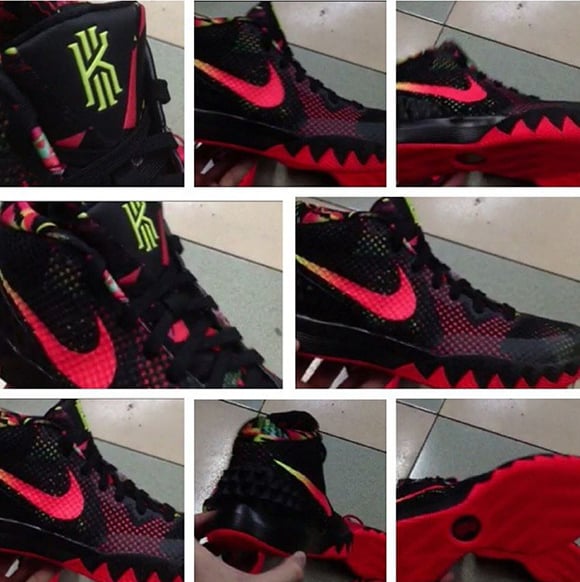 Kyrie Irving is signed to Nike but he does not have a signature shoe. He usually wears models that are available for other Nike athletes but with his own twist. For example Irving would wear the Hyperdunk and Zoom HyperRev. This might change as new images have surfaced of what we believe to be his first signature sneaker.

During the 2013-14 season, Nike released a limited run of the Zoom HyperRev Kyrie Irving PE that could of been testing the market to see who would purchase a shoe endorsed by the Cavaliers point guard.

A specific name for his signature shoe is not known just yet, but for now we can call them the Nike Kyrie Irving 1. Shown in a Cav’s theme, his KI signature is placed on the tongue.

What are your thoughts of Irving’s signature shoe with Nike?