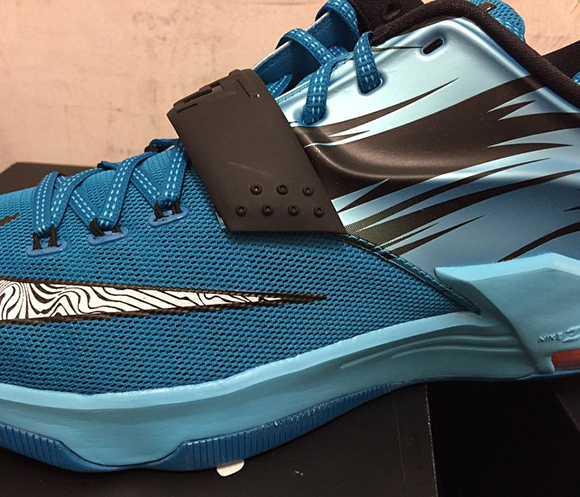 The first pair of KD 7 releasing in 2015 will be known as Clearwater.

Although it isn’t known if the Clearwater Nike KD 7 will be another Weatherman inspired shoe, they feature the same pattern on the swoosh as past models. Multiple shades of blue are used throughout while a black streak pattern lands on the hyperposite. 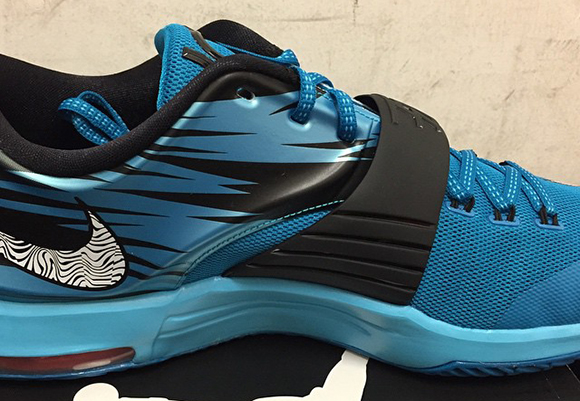 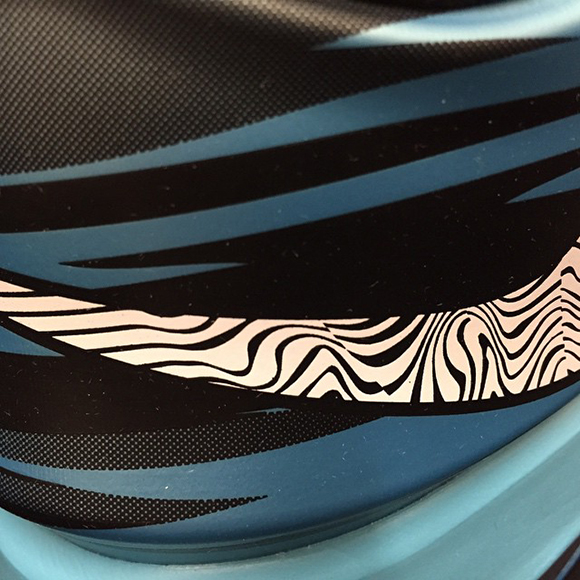 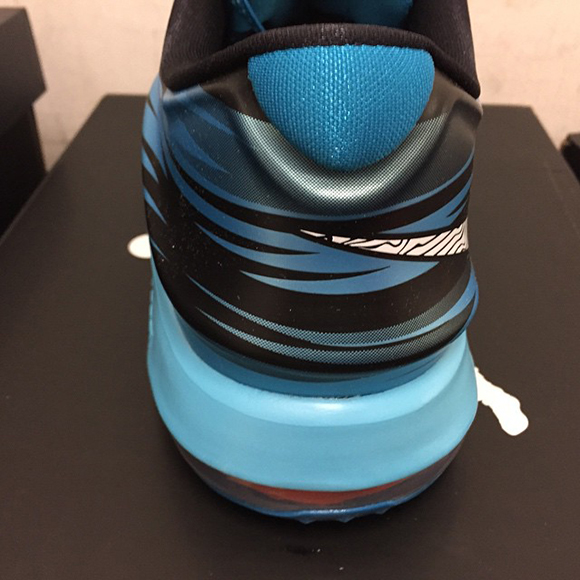 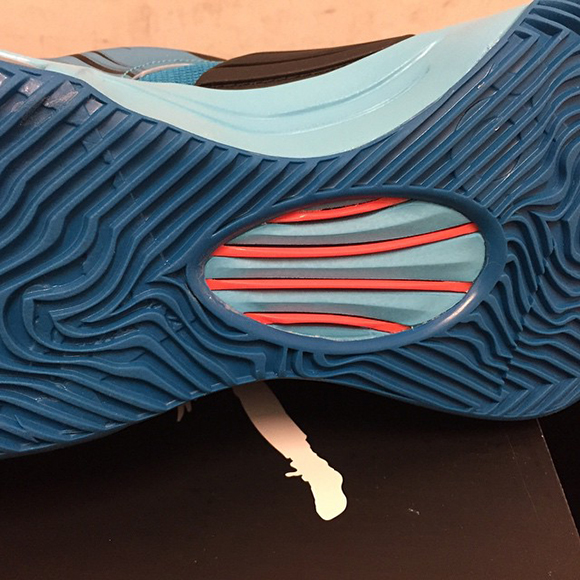