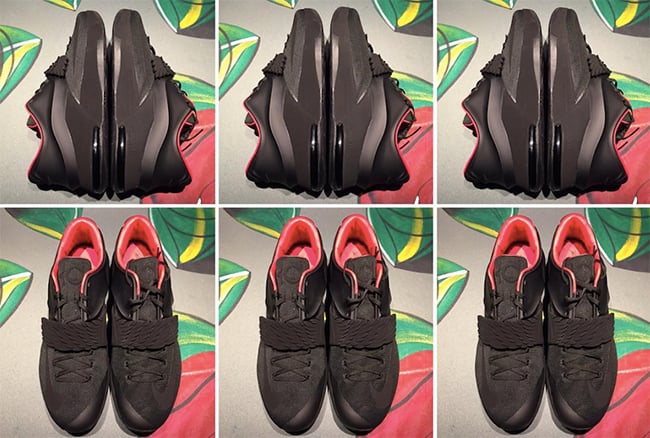 Kevin Durant was in the mood of sharing today. He took to Instagram and showed a few KD 8 Samples but he didn’t forget about his previous model, the Nike KD 7. You guys remember the Aunt Pearl KD 7? Well it appears a sample was made in matte black.

The Aunt Pearl Nike KD 7 was one of the top three releases of the line and was clearly unique compared to other launches. As you can see, the uppers feature all black while a shade of red drapes the liner.

Unfortunately the Matte Black Nike KD 7 ‘Aunt Pearl’ is simply a sample, and since we are on the KD 8, they won’t actually release. If Nike did drop this version of the Aunt Pearl, would you have copped? Would you have been happy if this pair released instead of the white version? Let us know below.

Update: Should Nike have released the ‘Matte Black’ Nike KD 7? Many believe so and we are on the same page. Today we bring you another look from Durant’s close friend rmbwilliams. 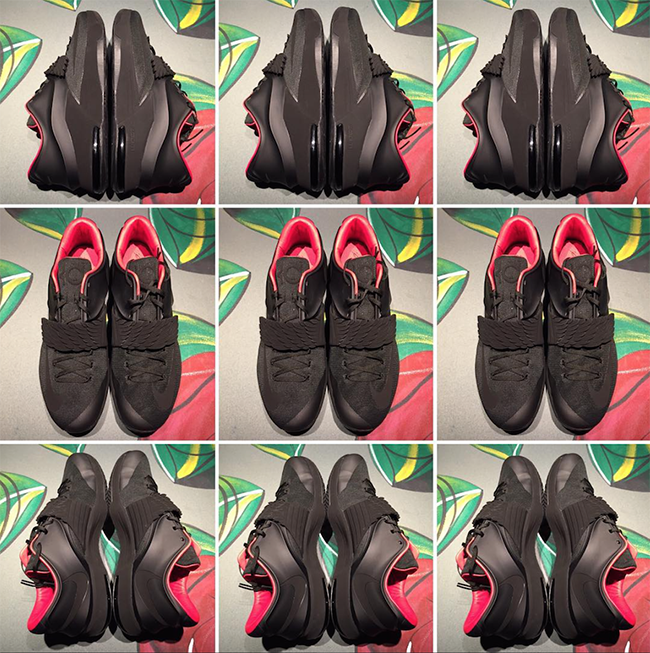 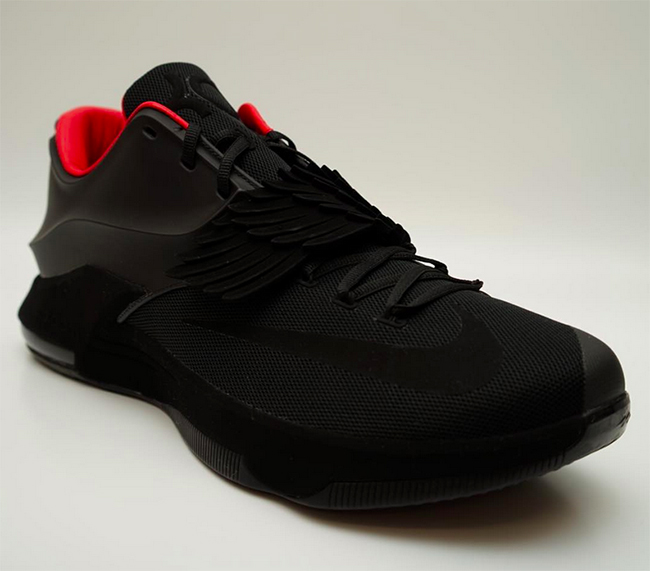 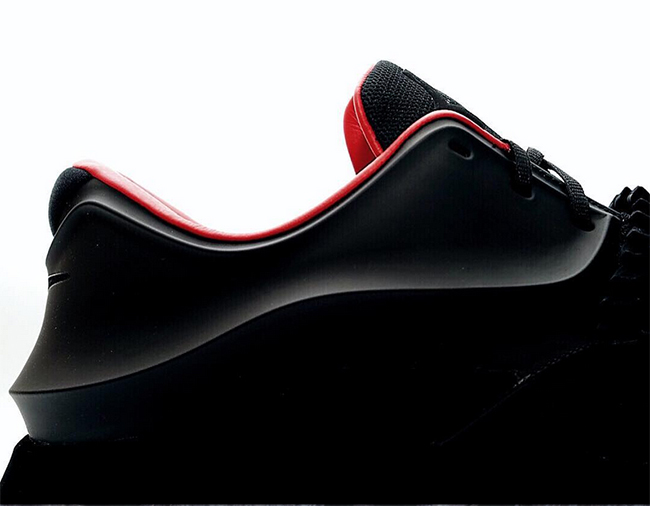