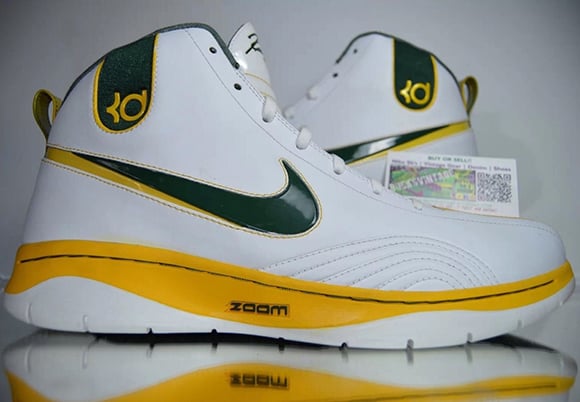 Not only can you own a piece of Kevin Durant history but also the once NBA team the Seattle Supersonics. We hope the city once again receives an NBA franchise but for now we just have the memories of Shawn Kemp and Gary Payton playing along side each other and Durant in his early career. Durant’s first signature shoe model, the Nike KD 1 had received some exclusives only for him, but one eBay seller has them for sell right now.

When the Nike KD 1 originally released, there wasn’t as much hype as there is now. Granted LeBron and Kobe both had signature sneakers and then of course all the retro’s releasing. For any fan of Durant, his sneakers or the once NBA team, this would truly be a gem to add to your collection.

The Supersonics Nike KD 1 PE features white on the sides while the medial dawns a deep green. Hints of yellow are seen on the midsole, swoosh embroidery and his number 35.

If you would like to purchase the Nike KD 1 Seattle Supersonics PE, head over to eBay now. 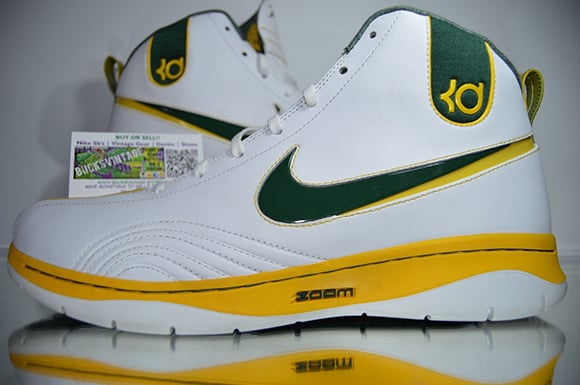 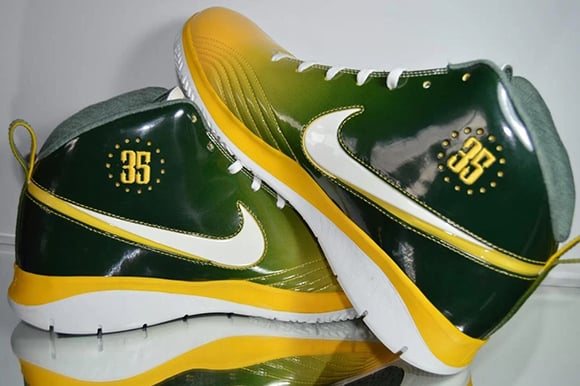 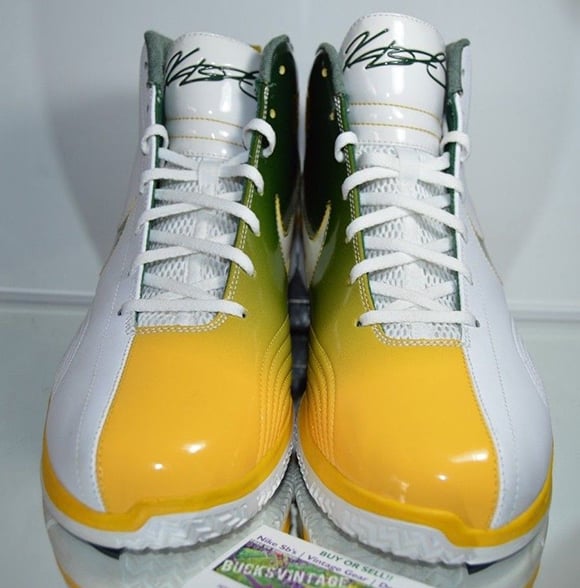 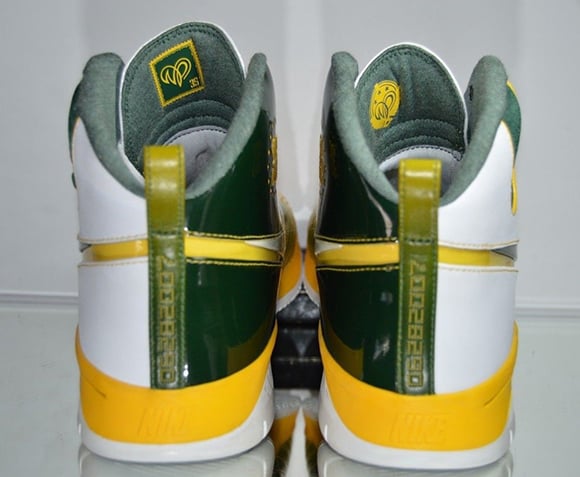 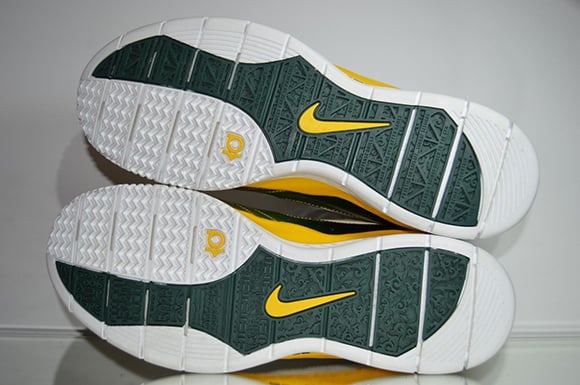 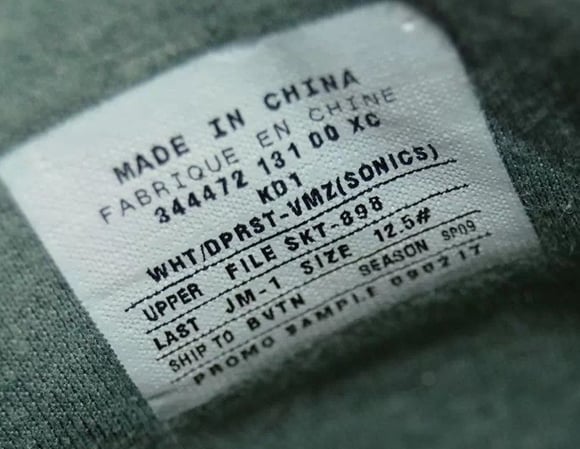