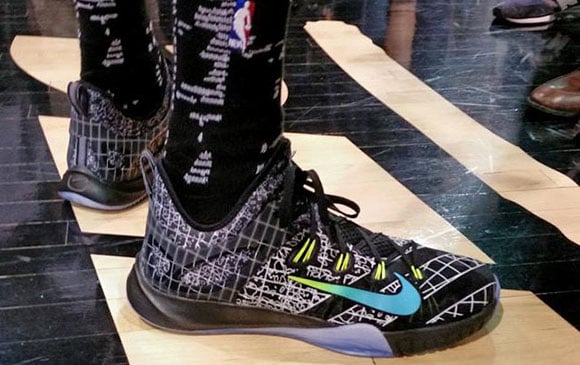 Yesterday the Nike HyperRev 2015 All Star hit retailers and while you can still purchase a pair at most places, it looks like some NBA players partaking in the All Star events will have a unique pair.

Shown on the feet of Giannis Antetokounmpo who is taking part in the Rising Stars challenge. The released version and the one on his feet have some similarities. For example both have a road map like print inspired by NYC. Antetokounmpo Nike HyperRev 2015 PE is dressed in black while yellow to blue gradient hits the swoosh.

As you probably already know, the Nike HyperRev 2015 All Star PE will not hit retailers, but what version do you like better?