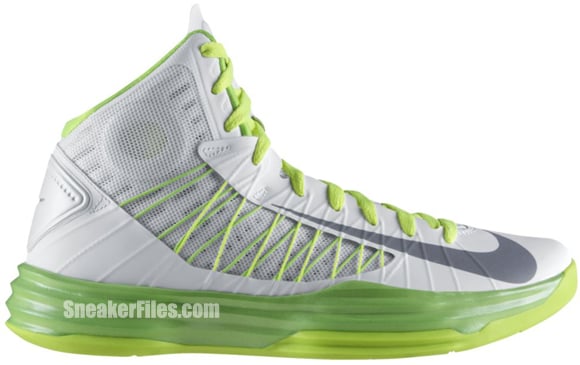 Joining this week’s Nike Hyperdunk+ Sport Pack releases is the base model of the new Nike Lunar Hyperdunk 2012 – simply dubbed the Nike Hyperdunk.

Seen here in a Summit White/Wolf Grey-Electric Green-Liquid Lime colorway, the kicks come lined in Electric Green with matching hits on the midsole and Evolved Flywire while Liquid Lime appears on the outsole, laces and Flywire as well. Featuring a predominately white synthetic and mesh upper, a Wolf Grey Swoosh caps off the look.

This colorway of the Nike Hyperdunk is slated to drop this Friday, June 29, for $140.