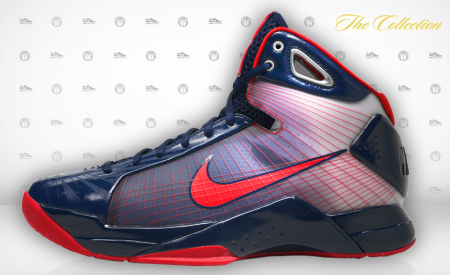 We have seen a multitude of Nike Hyperdunk PEs over the course of the past few weeks mainly due to March Madness and the NCAA Tournament. This time around, Nike has decided to reward the  Gonzaga University with their very own colorway of the Hyperdunk. The Gonzaga PE hosts a navy blue upper accented by a navy to white gradient midpanel, red swoosh, red outsole, and red inner lining. In addition, the Gonzaga Bulldog can be seen on the tongue, while the inside of the tongue reveals the founding year of GU, 1887. The Gonzaga PE Nike Hyperdunk is not expected to release at any retailers. 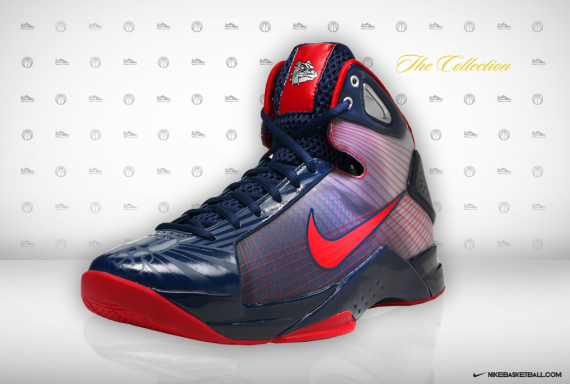 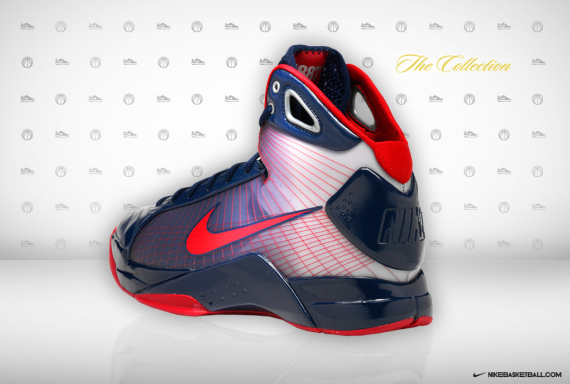