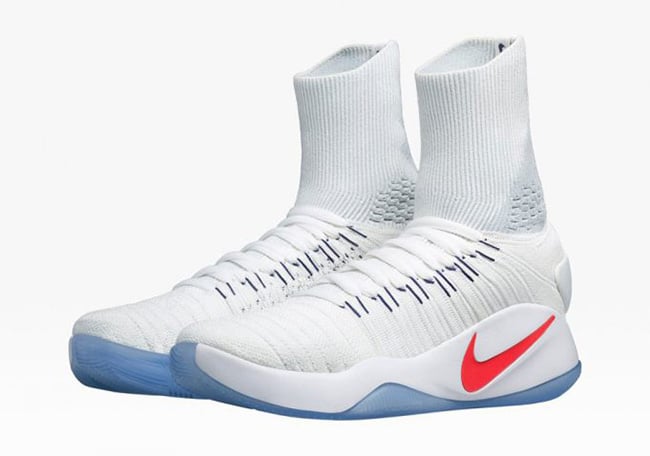 This Nike Hyperdunk Flyknit 2016 release comes a bit cleaner then the previous while using predominate White throughout including the Flyknit upper, midsole and heel. In addition, Crimson is used which lands on the Swoosh while minor hints of Blue on the Flywire. Completing the look is a translucent Blue outsole.

The Nike Hyperdunk Flyknit 2016 White Crimson is now arriving at select NikeLab locations and are exclusively available at 21 Mercer NY and DSM NY. As of now, it doesn’t appear a wider release will take place but if it does, we will make sure to update you. Below are additional photos for you to check out which will give you a better look. 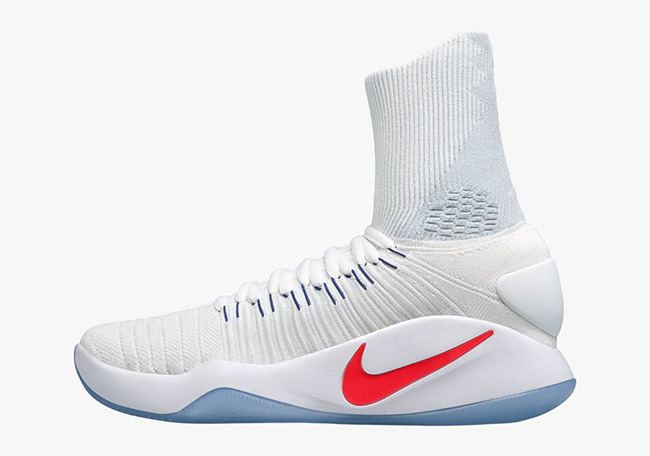 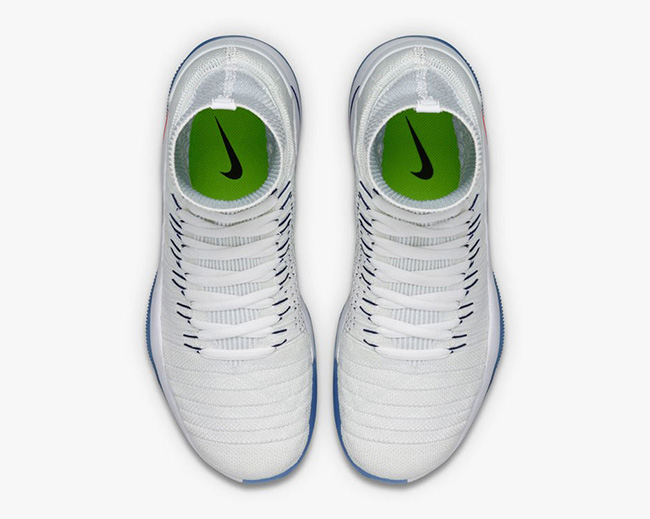 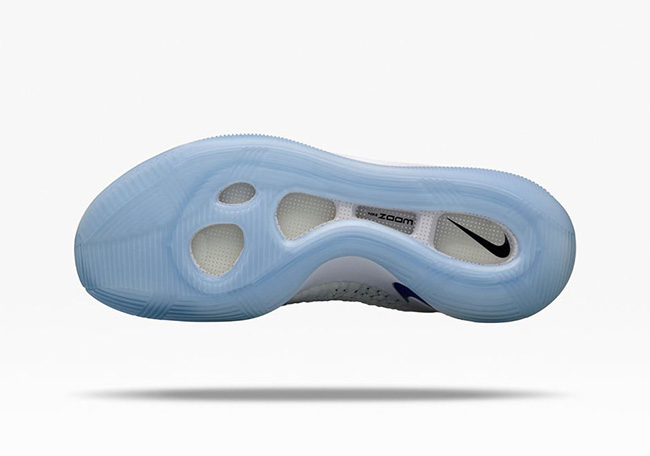