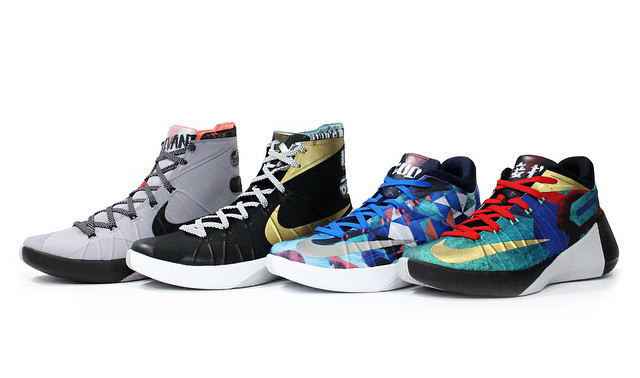 First debuting on Paul George feet over the weekend is the Hyperdunk 2015 Low, which actually looks more like a mid. For those that aren’t a fan of the highs, the low top version could satisfy your on court needs.

The City Pack will represent Paris, Rio de Janeiro, Los Angeles and Beijing. Each pair comes unique with different graphics and colors connected to the city.

According to our sources, the City Nike Hyperdunk 2015 Pack will release on July 1st, 2015 to select Nike Basketball accounts across the globe.