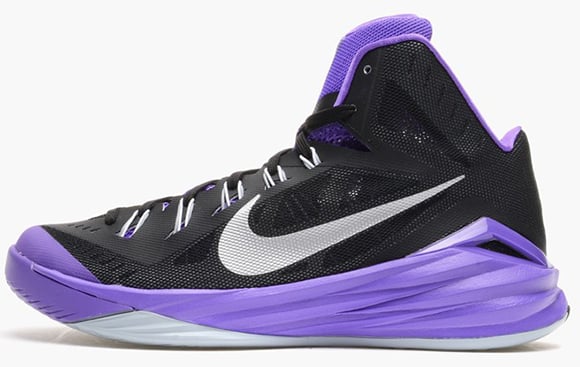 Kyrie Irving and Paul George are a few people that wear the Nike Hyperdunk 2014 although Irving will have his own signature shoe soon. A new pair of Hyperdunk 2014s have recently released and if you are a Lakers or Kings fan, this will be perfect when you hit the courts.

Black is used on the base of the shoe while hyper grape accents the midsole, tongue and liner. Metallic silver lands on the swoosh, lace loops and parts of the sole.

We may see Rudy Gay or Demarcus Cousins wearing the Black and Hyper Grape Nike Hyperdunk 2014. But for you now can wear them by heading over to Caliroots. 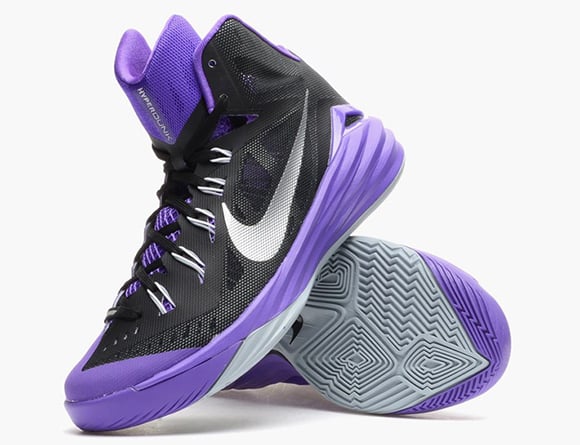 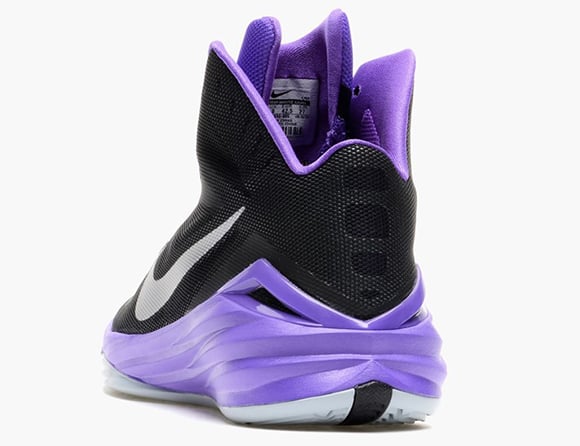 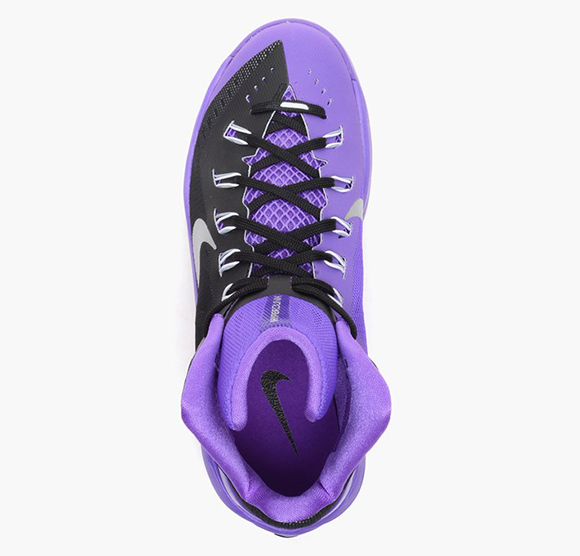 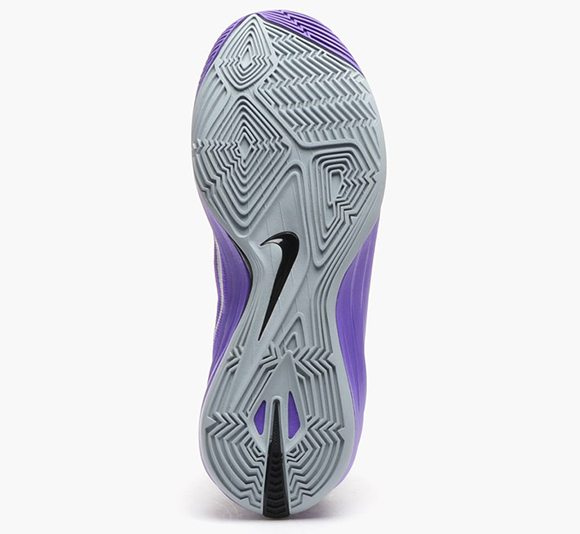