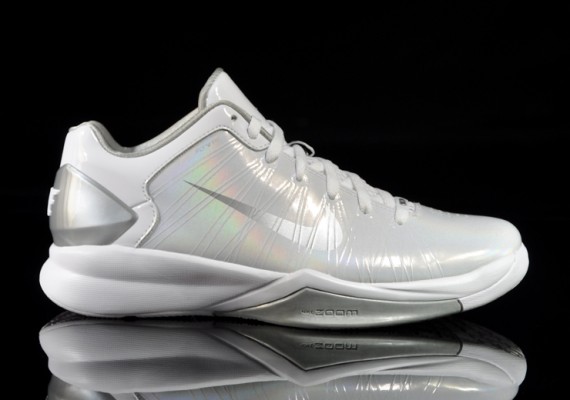 Even though its 2011, the Nike Hyperdunk 2010 is still a superior Nike Basketball shoe, and is still seen on the feet of some NBA athletes. This pair of the Nike Hyperdunk 2010 comes in a low cut and has a nice Summer time look to it. A mainly white upper, composed of a metallic white flywire upper and white patient leather around the shoes rear. Metallic silver accents appear on the heel of the shoe, as well as inner linning, outsole and swoosh. These should be hitting Nike retailers now such as Schuh-You. 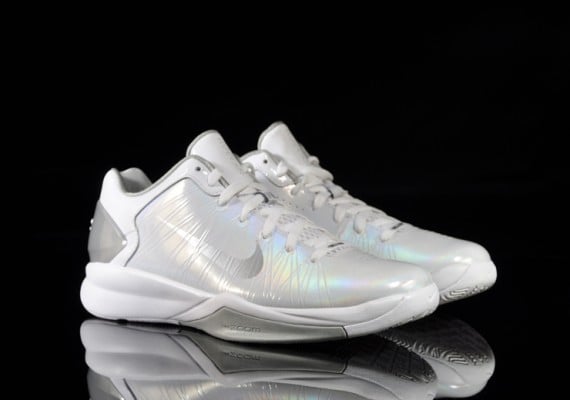 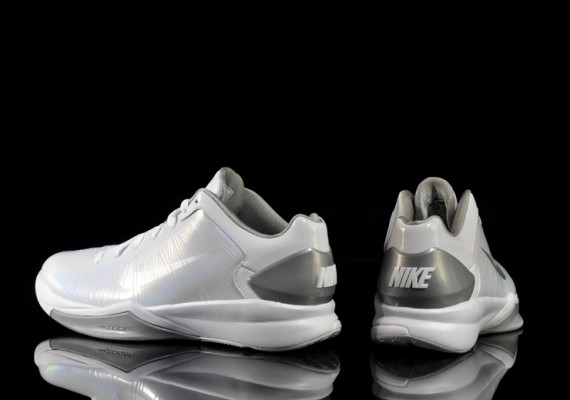 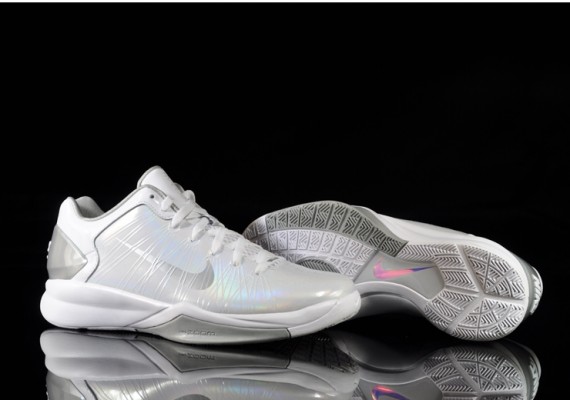