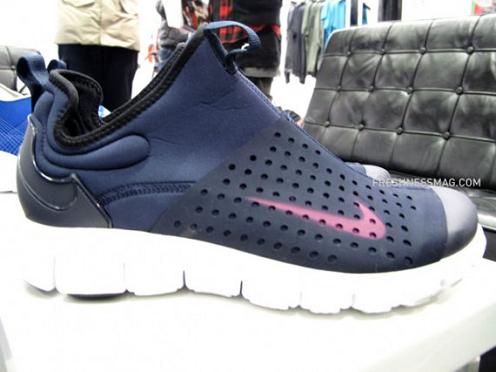 We have recently seen a number of Nike running silhouettes making noise in the training world, including the Air Max 24-7 and Lunar Kayoss. But, as we should have all been able to conjecture, Nike isn’t stopping there. The Nike HTM lineup is back, and it has worked to produce the HTM 2 pictured here. In this case, the initials come from the following sneaker moguls’ first names: Hiroshi Fujiwara, Tinker Hatfield (all hail the Jordan king), and Nike CEO Mark Parker. Only one of a slew of designs supposedly releasing under the HTM line, the HTM 2 pictured here comes equipped with Nike Free 7.0 technology and a laceless upper. While very little release information is known, other HTM 2 colorways should be releasing later on in 2010 as well. So check out some preview shots of this first HTM 2 colorway to hit the internet, and let us know what you think about the work of such an influential trifecta. 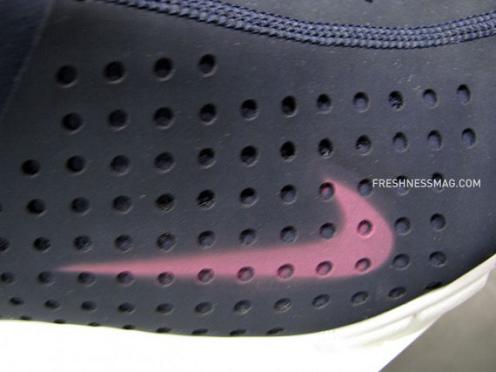 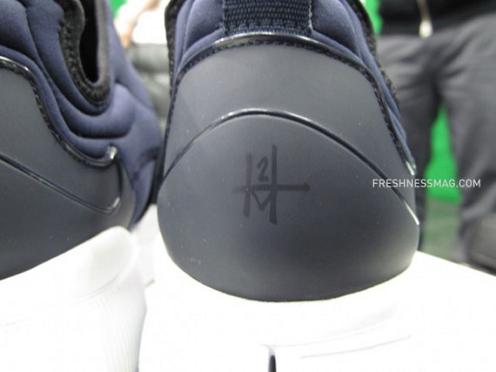