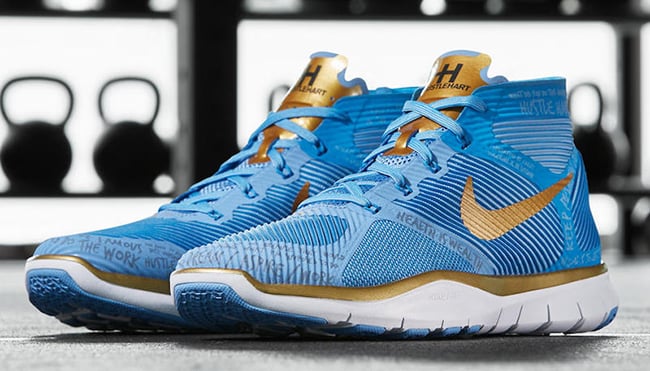 The Nike Free Train Instinct Hart ‘Blue’ is one of three models from Kevin Hart. Two pairs will debut in July, one being the Blue edition and the other, Red. Both color schemes are inspired by Hart’s two children, Hendrix and Heaven which are their favorite colors.

Kevin Hart knows hustle. Nike Sportswear has created the Nike Free Train Instinct ‘Hart,’ to help him, and the world, #MoveWithHart. Overall, Kevin Harts signature shoe with Nike is summed up with dynamic, flexible and motivational.

The Nike Free Train Instinct Hart features a total of 23 reflective inspirational quotes to get you through those extensive workouts. You will see quotes like ‘Health is Wealth’, ‘What Did you Do This Morning?’ and ‘Hustle Hart’. In addition, the uppers feature a Light shade of Blue while constructed with warp knit. Completing the look is a Nike Free midsole.

The Nike Free Train Instinct Hart Blue will debut in July, however a specific day has yet to be announced. Retail price will be $140. Check out more photos below and we will make sure to update you. 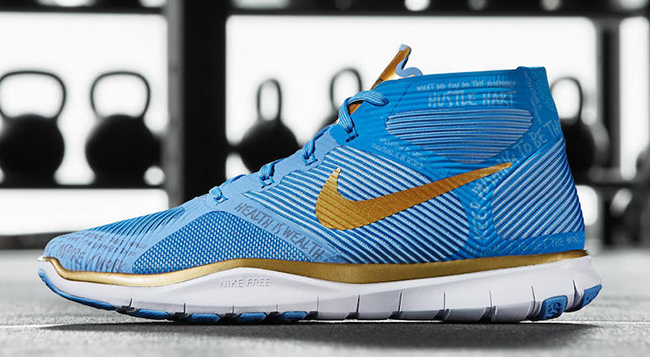 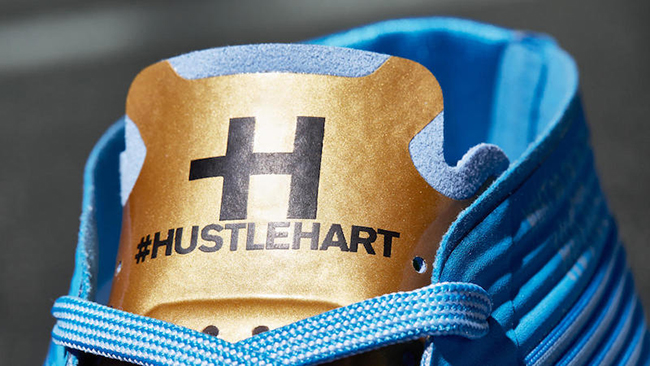 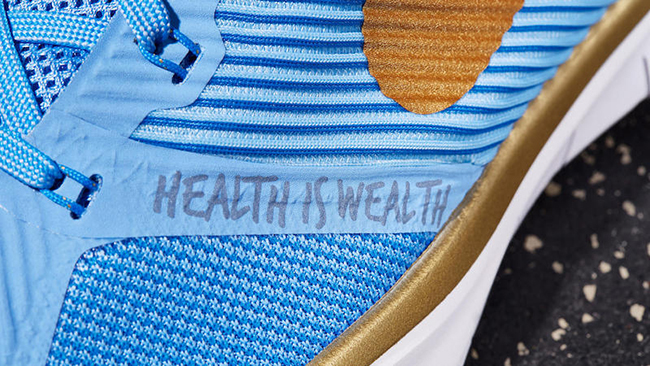 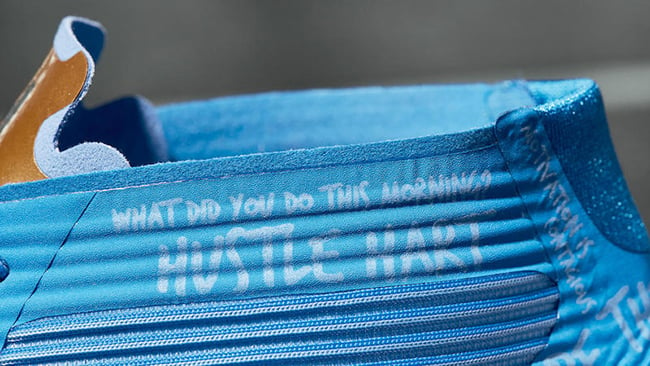