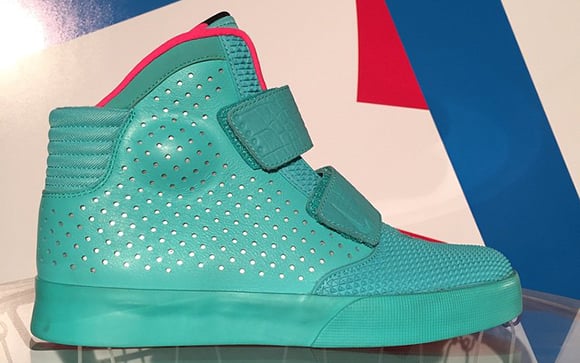 It seems ever since LeBron left Miami, the hype for South Beach inspired sneakers has died down. Not to say they are not a nice colorway, just not a reason to drop them anymore at least on the LeBron series. One pair that will borrow the theme is the Nike Flystepper 2K3.

The Flystepper 2K3 is dressed in the south beach teal or filament green while a shade of pink is seen on the liner. As expected, the side panels feature perforated leather while a pyramid all over scheme lands on the toe box.

According to the user who uploaded the image of the South Beach Nike Flystepper 2K3, the shoes are a FootLocker Europe exclusive. Only time will tell if they don’t hit the states.