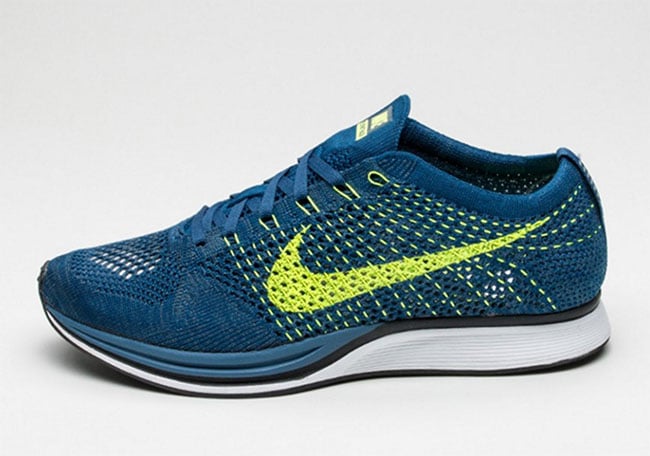 Although the Nike Flyknit Racer can be worn during all seasons, there is something about this model that really connects with fans during the warmer months. More than likely it’s due to the lightweight and breathability Flyknit, but it always helps for a clean color scheme to launch.

With that being said, one of the upcoming releases is known as Brave Blue due to the shade used, however joining in is Volt and Squadron Blue. A mixture of the shades of Blue are used across the Flyknit uppers while Volt lands on the Swoosh and Flywire. Completing the look is White on the midsole and Black on the outsole.

The Nike Flyknit Racer ‘Brave Blue’ is now starting to release at Nike Sportswear retailers overseas which includes Asphalt Gold. You can also grab them on eBay. 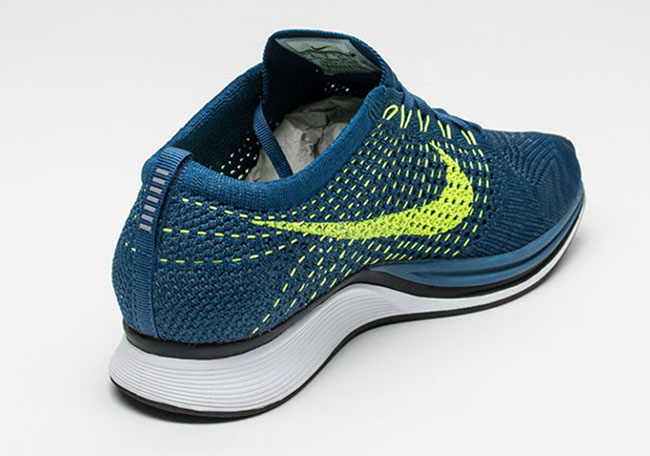