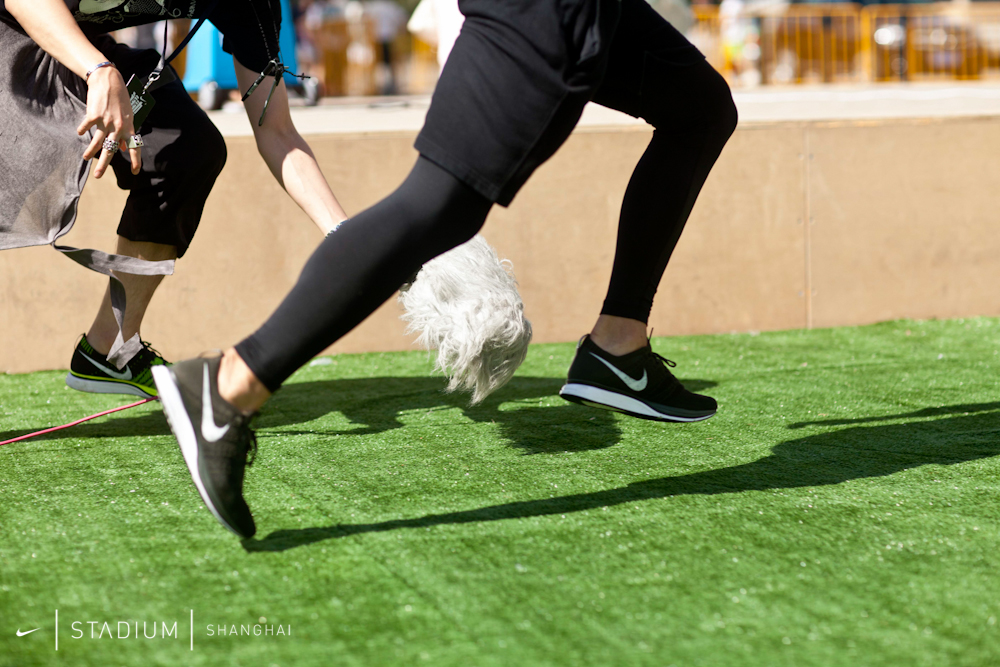 The Nike Flyknit Collective wrapped up its events at Nike Stadium Shanghai over the weekend with a performance workshop.

On the final day of the Nike Flyknit Collective – Shanghai, participants entered the custom designed workshop space beautifully executed by Taipei and Shanghai-based creative collaborators LAYUETSAI, to the pumping sounds of Japan’s most electrifying musical talents, DJ TASHI, for a workshop focused on the idea of PERFORMANCE.

Dubbed SOUNDSCAPES, the workshop introduced the world of sound to participants. Not just the screams of athletes or fans, but the more intricate and delicate ones: the squeaking of shoes on newly waxed floors, the squeaks of skateboard wheels, or pop of a tennis racquet. More awareness of the sounds means more appreciation of the performance of the shoe, the athlete and the sport.

Conceived by workshop curatorial team ESKYIU (Marisa Yiu and Eric Schuldenfrei), “Soundscape” began with an introduction by Chris Honhim of XEX GRP to the performance driven multimedia interactive and artisitic interpretation of Nike Flyknit his team created in a collaboration with ESKYIU. This was followed by a hair raising presentation by Terence Leong of Weiden & Kennedy Shanghai who introduced the young group of innovators to five of Nike’s most legendary TV commercials within which the performance of sound was essential.  DJ Tashi then got the room jumping with a vintage scratch performance on the turntables, and followed a 10-minute demo with his personal thoughts on how performance of music inspires people to move.

The participants were provided high-level sound recording equipment and were challenged to work as teams to record the sounds produced by athletes and sports within the Nike Festival of Sport. Following the recording, they returned to the LAYUETSAI-produced workshop space to mix the sounds of sport into a high performance musical beat or rhythm.

They then reconvened to present each of their work and were all pronounced winners by Yin Yi. 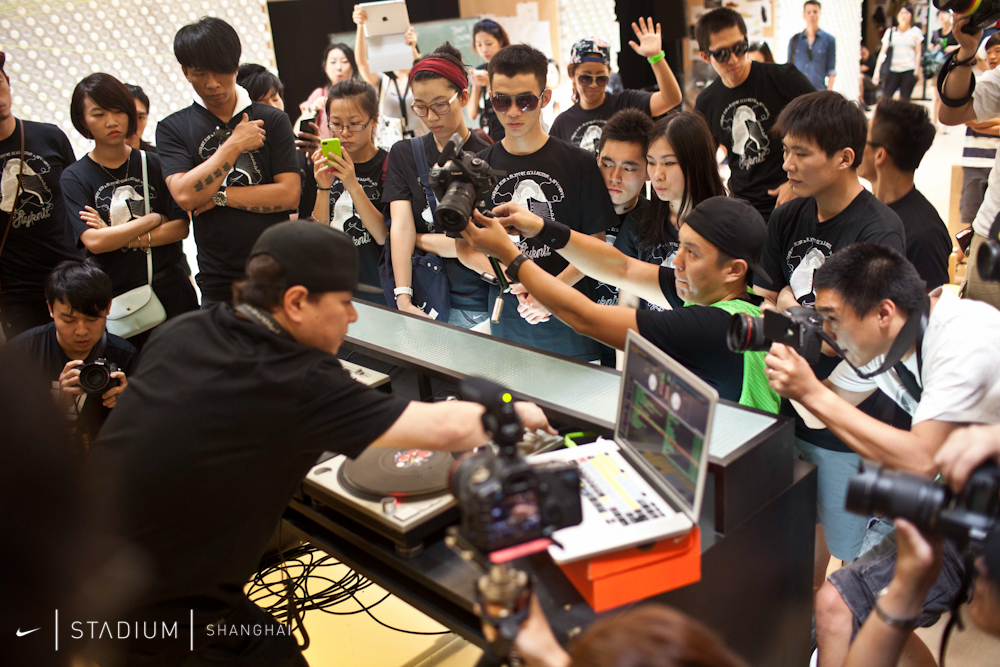 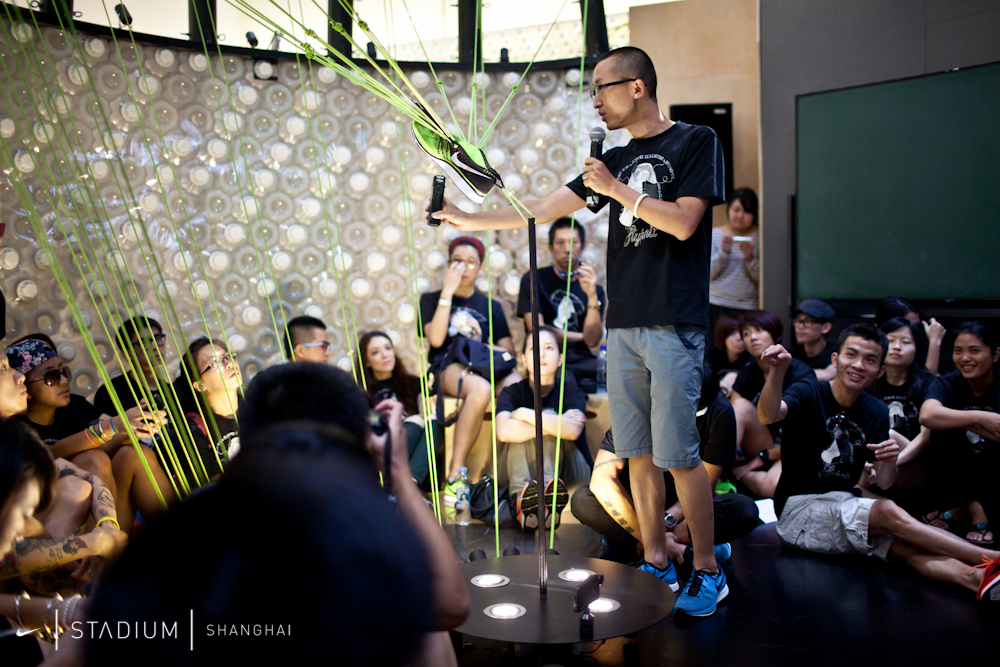 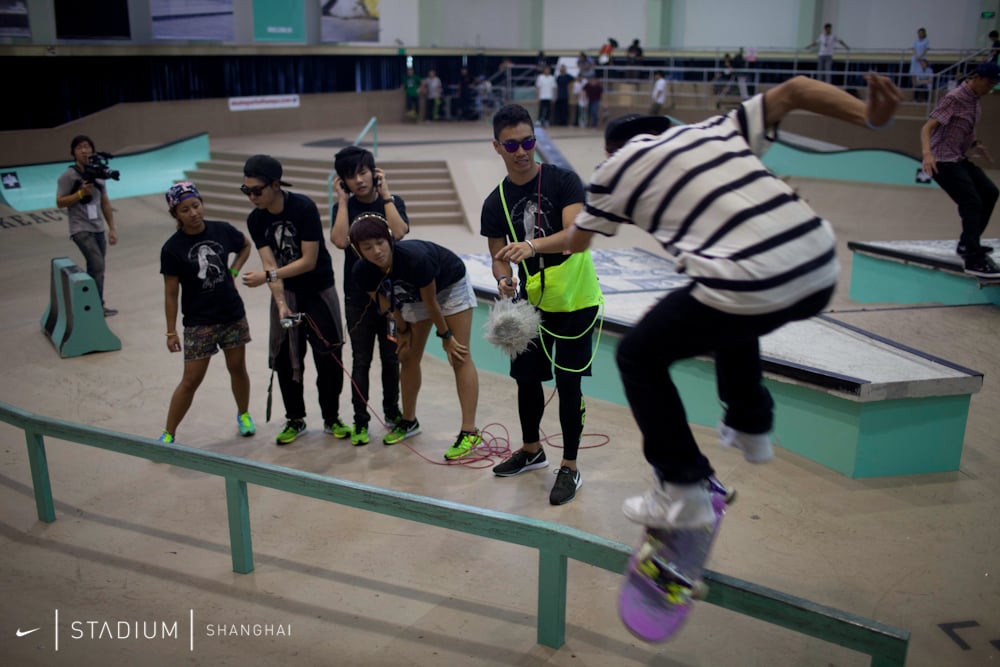 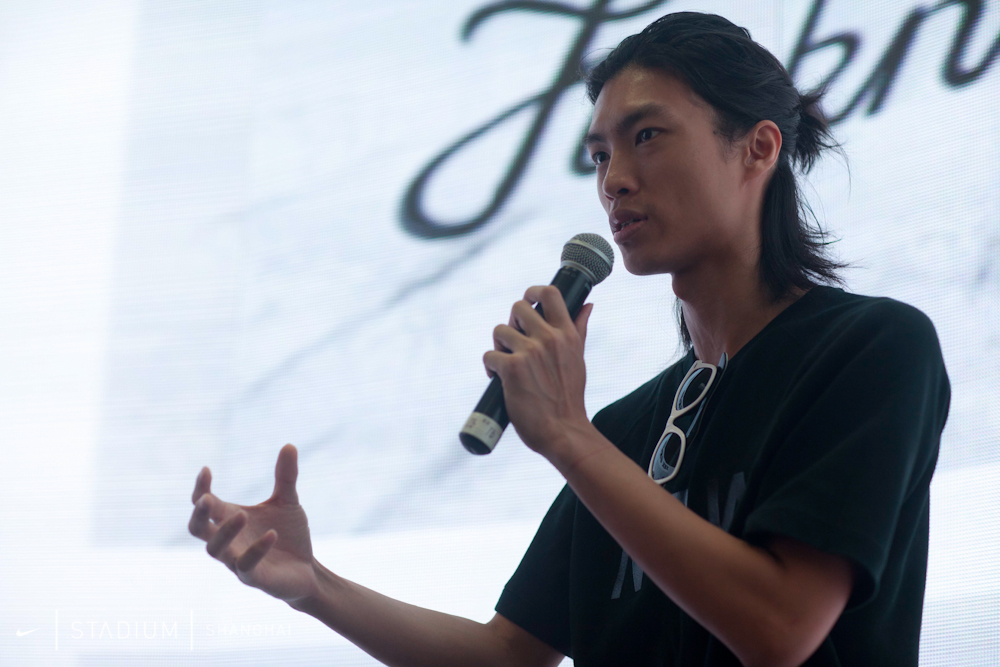 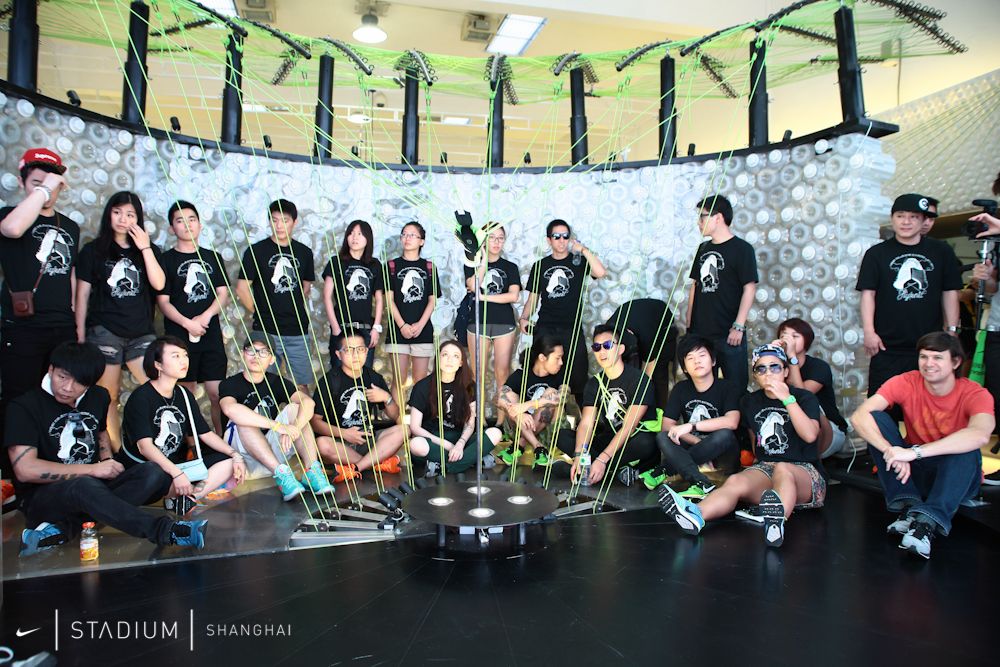 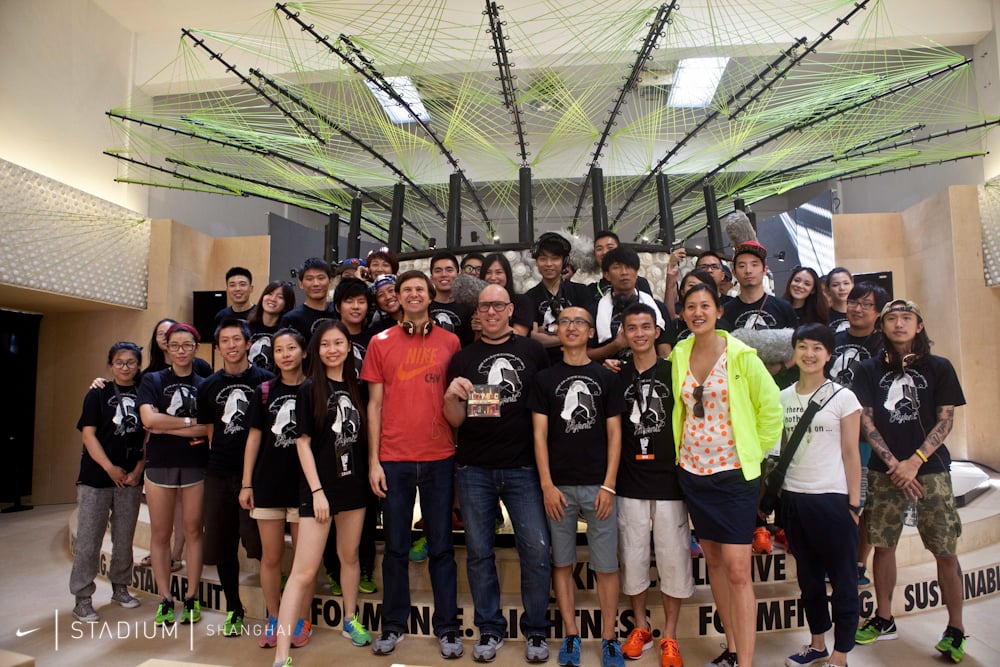 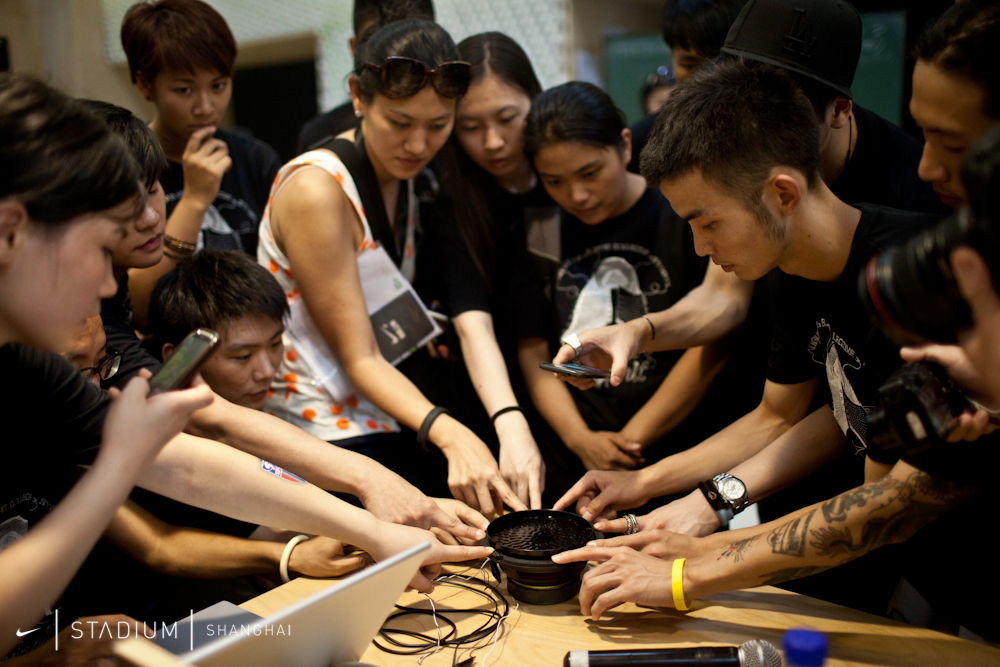 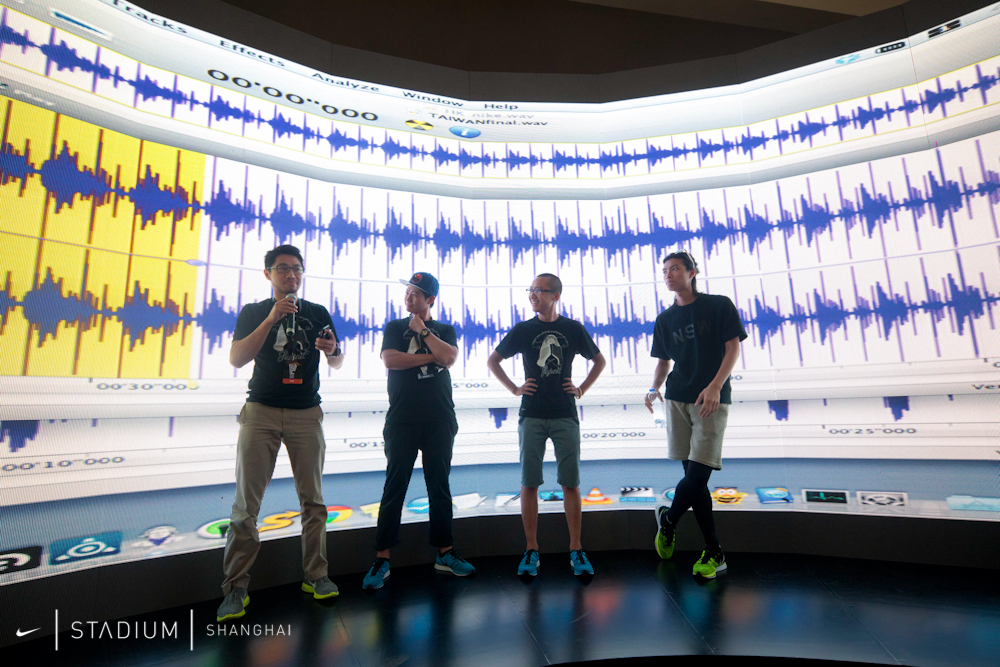 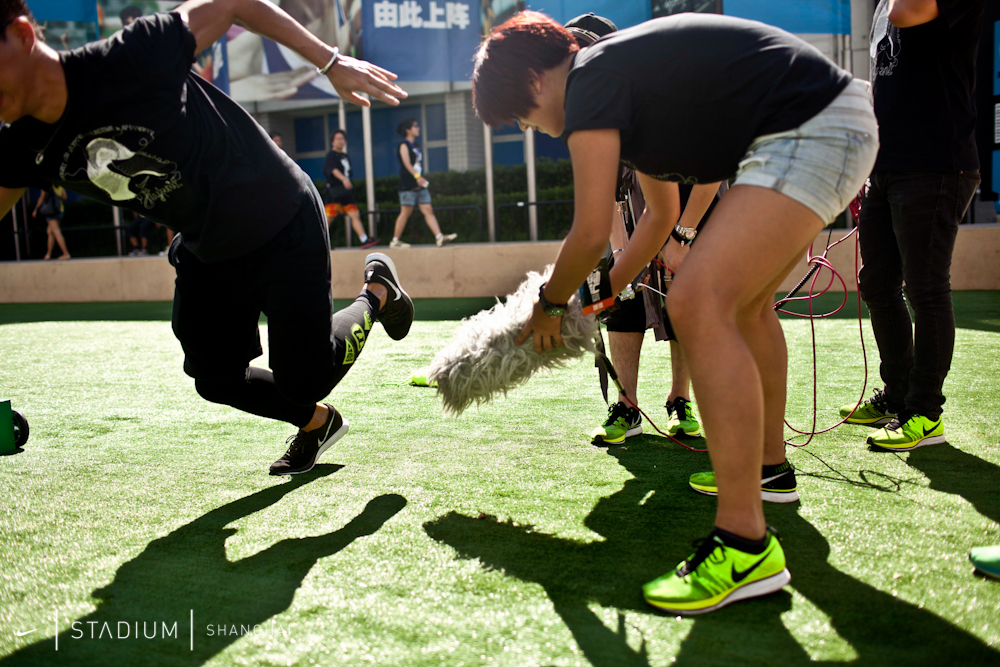 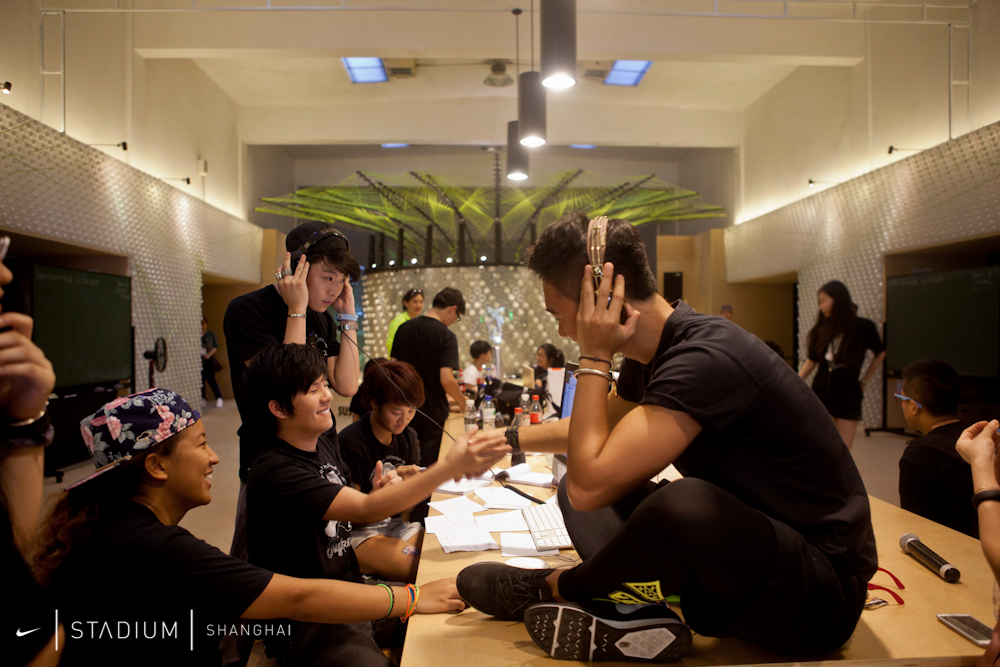 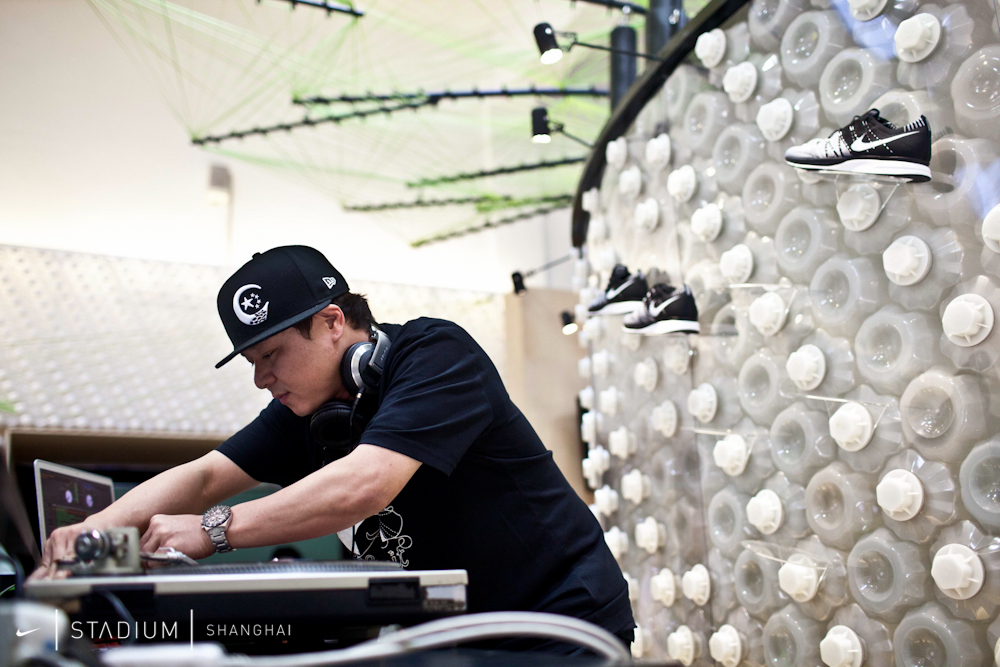 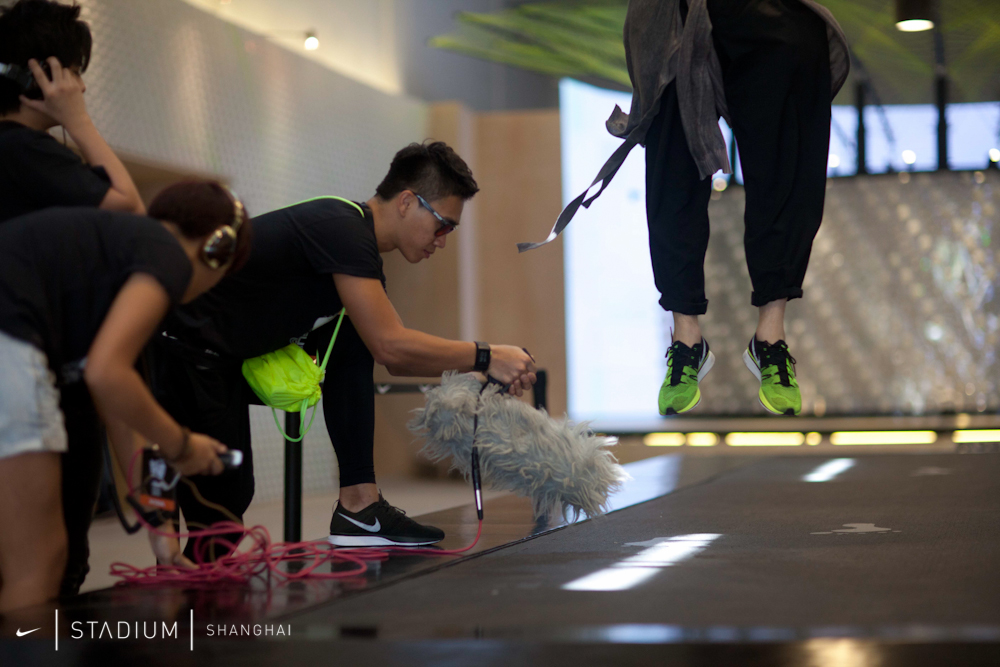