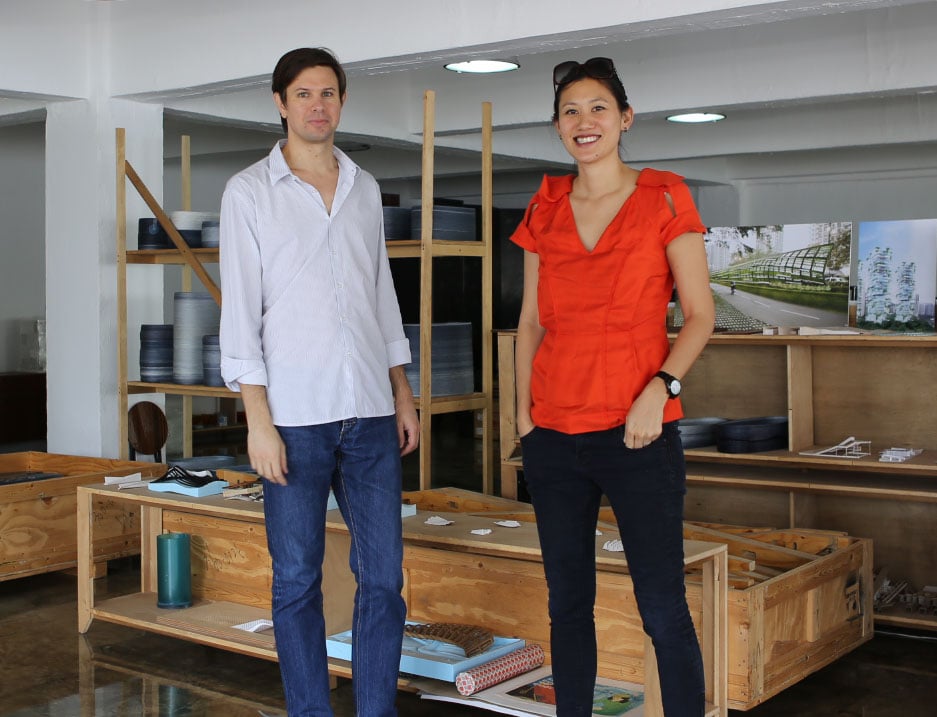 Nike Stadiums presents a one-one-one interview with Hong Kong’s ESKYIU as a part of the Nike Flyknit Collective in Shanghai.

Share a bit about the vision of your organization.

ESKYIU is a multi-disciplinary cultural lab challenging the idea of how designers operate and think. We actively integrate culture, art, community, and technology together. We are based in Hong Kong but work on projects in New York, Venice, and Ljubljana to our immediate environs of the Pearl River Delta, Shanghai all the way up north to Inner Mongolia bordering Russia.

How do formfitting, lightness, performance and sustainability play everyday roles in your disciplines, within your organizations?

As cultural curators we are obsessed with how resources are utilized.  Creative expressions are communicated to add insight into how we redefine the future and to elevate standards of architects and designers. If we can achieve higher performance with less material in designing our cities and urban fabric then we can have less waste and higher quality of life.

What role has sport played in your lives?

Marisa: I grew up surrounded by sports; playing tennis for the national juniors team up until Varsity tennis for university- with lots of training and commitment involved; of course athletics-competitive swimming to high jump to relay running  was a love; today it’s a lot of golf- love the challenge of precision.

Eric:  I grew up with surfing, sailing, skiing, snowboarding to competitive rugby; biking everyday 18 miles back and forth to just get to work; and now obsessed with swimming.

What was your reaction when first confronted with the Nike Flyknit shoe?

Game changing. Reinventing the basic rules of operations. Inspiration for all industries and setting the standards of ethical production.  First reaction was I want a pair NOW!

What do you see as your role in making a better world?

As architects/ curators our medium is to raise awareness on our built environment via  the creative medium of film to interactive public  installations. As professors  and active educators we create design briefs in interesting ways to  in inspire the youth; we see ourselves engaging our local community through playful yet serious  issues. We  want to illustrate by doing and use dynamic prime examples of contemporary culture  to inspire creativity and build socially minded citizens.

Why are you looking forward to the upcoming Nike Flyknit Collective workshops in Shanghai between 8/23-26?

We are excited to curate and creatively direct the workshops – and empower the youth of the region to be engaged and involved in this dynamic Nike Flyknit Collective project. We are looking forward to the soundscapes of F.O.S come alive, the challenges to bringing  the LED light painting animating athletes and arts workshops. We cannot wait to see the integration of performance arts and sports in outcomes unexpected, artistically curated with FC team and realizing the concepts and mission in meaningful ways!

Nike will conduct daily workshops around the installation from August 23-26, each led by an innovator from the region and tackling a specific Nike Flyknit tenet:  August 23 (Sustainability led by Arthur Huang), August 24 (Lightness led by ESKYIU and LEDArtist), August 25 (Formfitting led by ESKYIU) and August 26 (Performance led by Shanghai-based sound artist Yin Yi).

Leading regional innovator, architect, and designer Arthur Huang will join Nike’s Ben Shaffer and Dave Cobban, and leading Hong Kong multi-disciplinary architecture studio and project curator ESKYIU (Eric Schuldenfrei and Marisa Yiu) to unveil Huang’s unique installation within the confines of the Nike Festival of Sport in central Shanghai.  The Nike Festival of Sport is the largest grassroots multi-sporting event  of its kind in the region, attracting more than 150,000 youths in four days during its inaugural run in 2011. It is attended by global icons such as Lebron James and Kevin Durant as well as local Olympians and the region’s top grassroots athletes who have qualified to compete via territory competitions.  Huang’s innovative “Feather Pavilion” will feature at the Festival as the artistic centerpiece of Shanghai’s Nike Flyknit Collective workshop series, which have already enjoyed tremendous success in Milan, New York, and London.

On display from August 23-26 in Shanghai, the installation will then be relocated to Beijing as an official installation at Beijing Design Week from September 28-October 3.