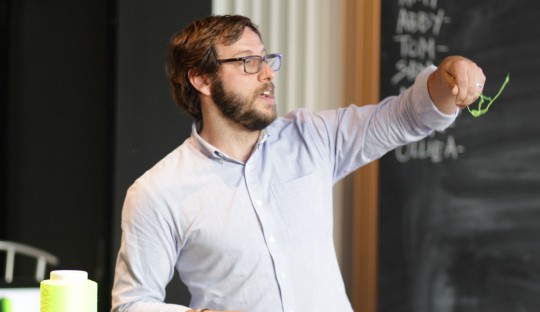 As a part of Nike Sportswear’s ongoing Flyknit Collective workshops, the brand recently held a “Performance” workshop at 1948 London.

Today was the first day in the last of the Flyknit Collective workshops at 1948 London, themed around the Flyknit Principle of Performance.

Some of London’s key creatives in the fields of performance and technology were joined by Ben Shaffer, studio director for the Nike Innovation Kitchen, to explore new approaches to performance. Participants will spend the remainder of the week with the innovators, gaining a greater understanding of the Flyknit benefit of Performance and expressing it as a personal performance – a short gymnastic piece of 10 “jumps” on an art installation created by United Visual Artists.

The workshop kicked off with a think tank discussion that was opened by Ben, who offered insights into the technology behind the Nike Flyknit shoe, and explained how Nike works collaboratively with athletes to help them achieve their ultimate performance. “The collaboration side of things is extremely important within Nike, and essential in enabling us to consider performance in an entirely different way”, he explained. “We work with athletes including Paula Radcliffe and Abdi Abdirahman to help them to deliver their best performance. We’re also inspired by what you deliver, and we hope that Flyknit can inspire you.”

Matt Clark and Alexandros Tsolakis of United Visual Artists – a world-renowned art and design practice based in Borough, South London – introduced some of the ideas behind UVA’s highly innovative approach to performance: “We started out creating traditional light performance for shows. Over the years we’ve tried to mix up how we experience performance by allowing the audience to perform, too. We’re interested in the grey areas that merge the two,” said Matt, the founder of the company, which has worked with clients as diverse as Massive Attack, the National Maritime Museum, and the Tate.

Choreographer Ella Robson Guilfoye, award-winning gymnast Michael Standen and Yoga Flex teacher Colleen Meier all had their own perspectives on the more physical aspect of performance. Ella explained why it’s often non-professional choreography that leads to the best performances: “What’s really amazing about working with people who don’t have a sports or dance background it that they often have bring more interesting choreographic ideas to the table”, she said. “The movement they bring is a pure physicalisation of their personality. For me, idiosyncratic movement is so much more exciting than cartwheels and splits.”

Colleen explained how yoga can help to enhance both physical and mental performance – “Ashtanga yoga is supposed to aid performance. Yoga is about breathing and being in the here and now, all of which helps you to focus on performance” – while Michael encouraged the group to be fearless in their approach to the week’s task. “There’s no right or wrong”, he said. “Just explore what you can do with your bodies.”

Using these thoughts and ideas, the group are now ready to get started on this week’s challenge. 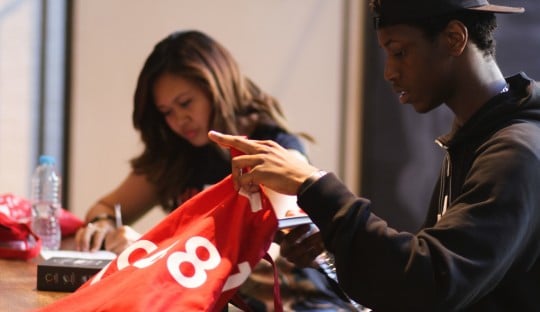 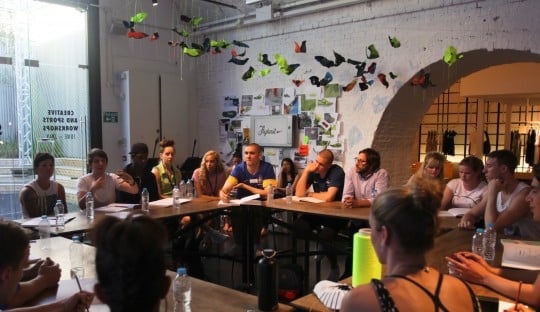