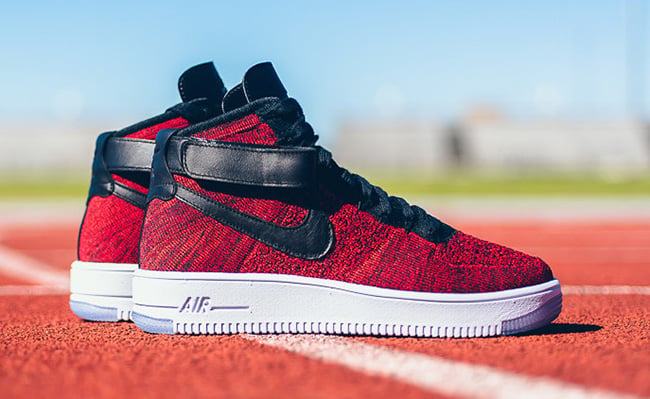 Of course the highlight of this Air Force 1 Mid is the Flyknit material that covers the sides, around the heel and toe which uses mainly University Red with a bit of Black worked in. Following is black used again which covers the strap and side swoosh which is done in leather. Other details include a white midsole and two translucent areas on the sole.

The ‘University Red’ Nike Flyknit Air Force 1 Mid is now starting to release at Nike Sportswear retailers which includes Sneaker Politics. Retail price is $170 and you can expect more color schemes to come in the next few weeks. For those needing a closer look at this pair, keep scrolling below. 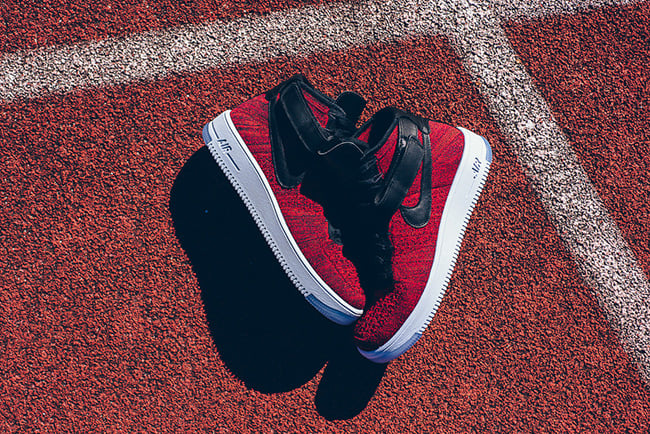 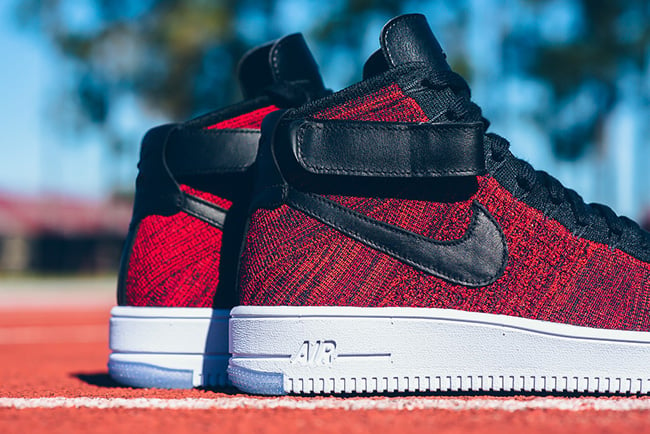 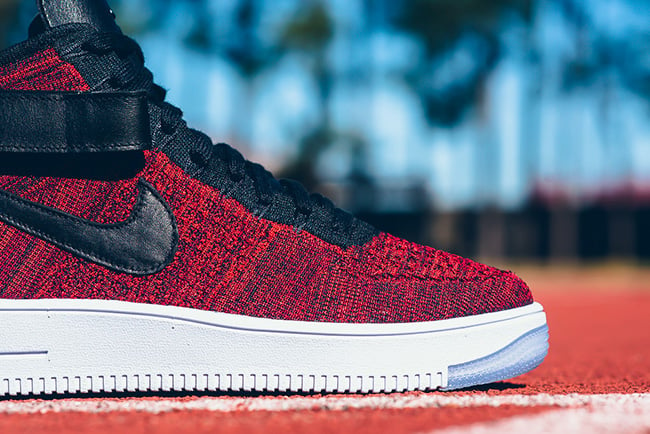 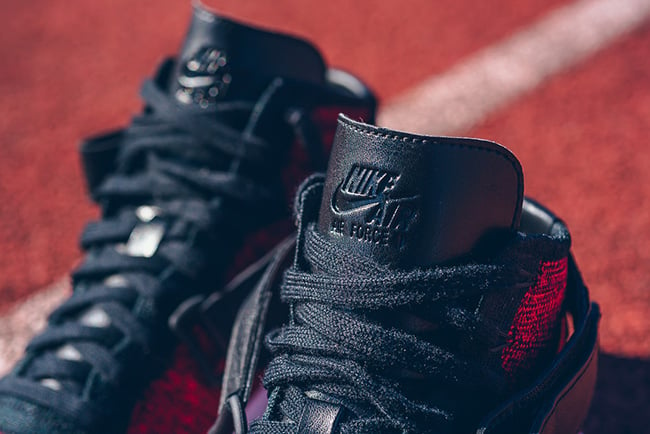 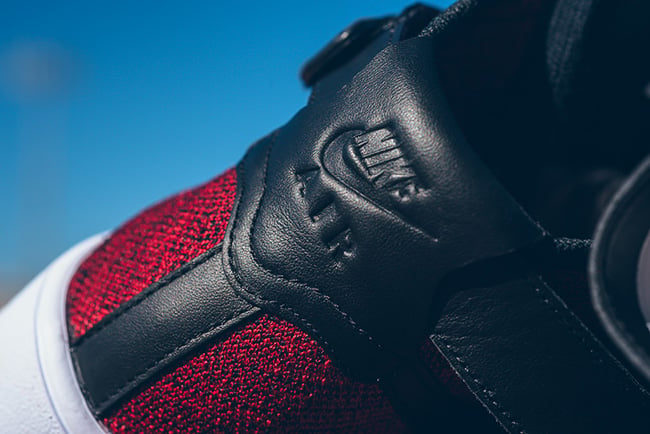 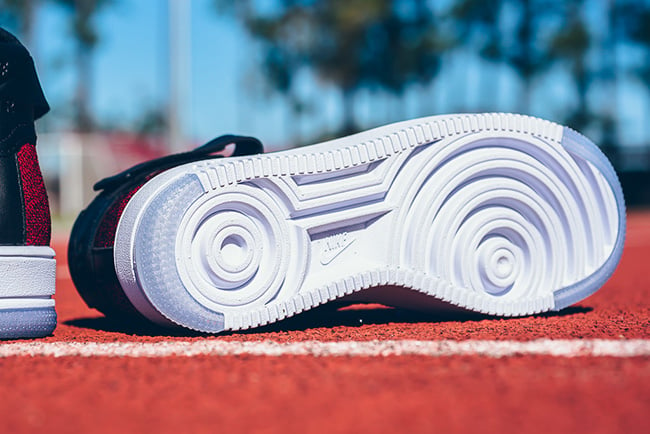