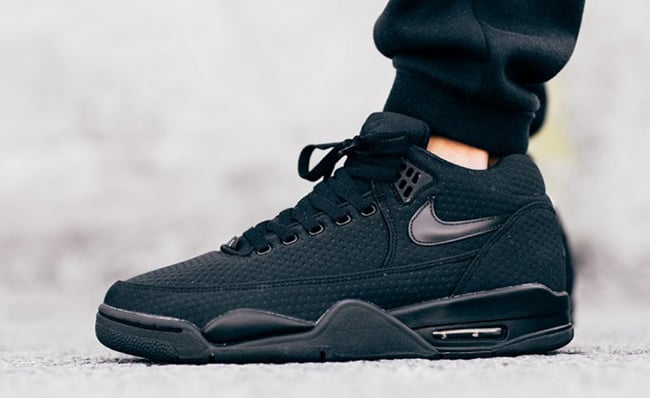 As you can see, the shoes use black all over which includes through the base, midsole and around the heel. This of course results in the nickname ‘Triple Black’. Just like the red pair, they come with leather uppers with multiple indents.

Below you can see more images of the ‘Triple Black’ Nike Flight Squad being worn. As of now, the shoes are starting to show up at retailers overseas including Titolo. The U.S. should be receiving pairs very soon. 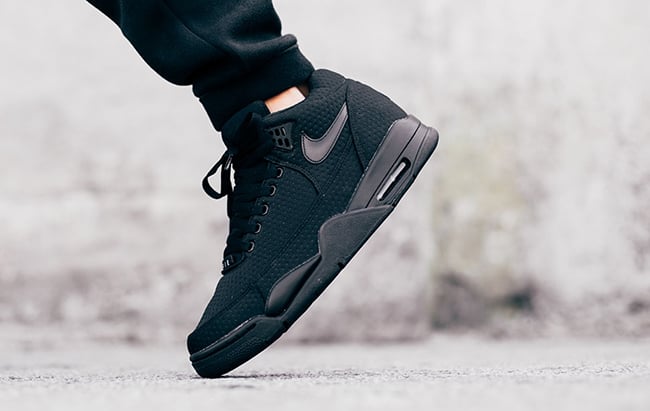