Nike follows-up the Donatello Dunk SB Mid with the future release of the Michelangelo Dunk SB Low. The Dunk SB Low gets its inspiration by the colors seen on Michelangelo who wears an Orange bandanna and uses two nun-chucks as his weapon of choice.

The main colors used shades of Green, Orange, and Grey. The color combination is anything but consistent, it seems that the color-way doesn’t seem to fit together, something that isn’t usually said about the SB line of Dunks. But, nothing is for certain on this Dunk SB Low. No word on release date but it is reported that the Michelangelo Dunk SB Low will be released later this year, stay posted for more info. Via NSB. 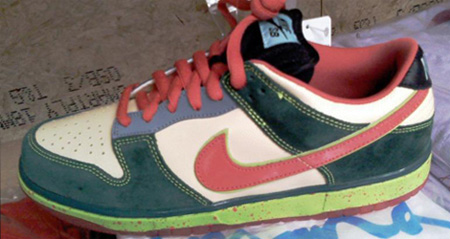