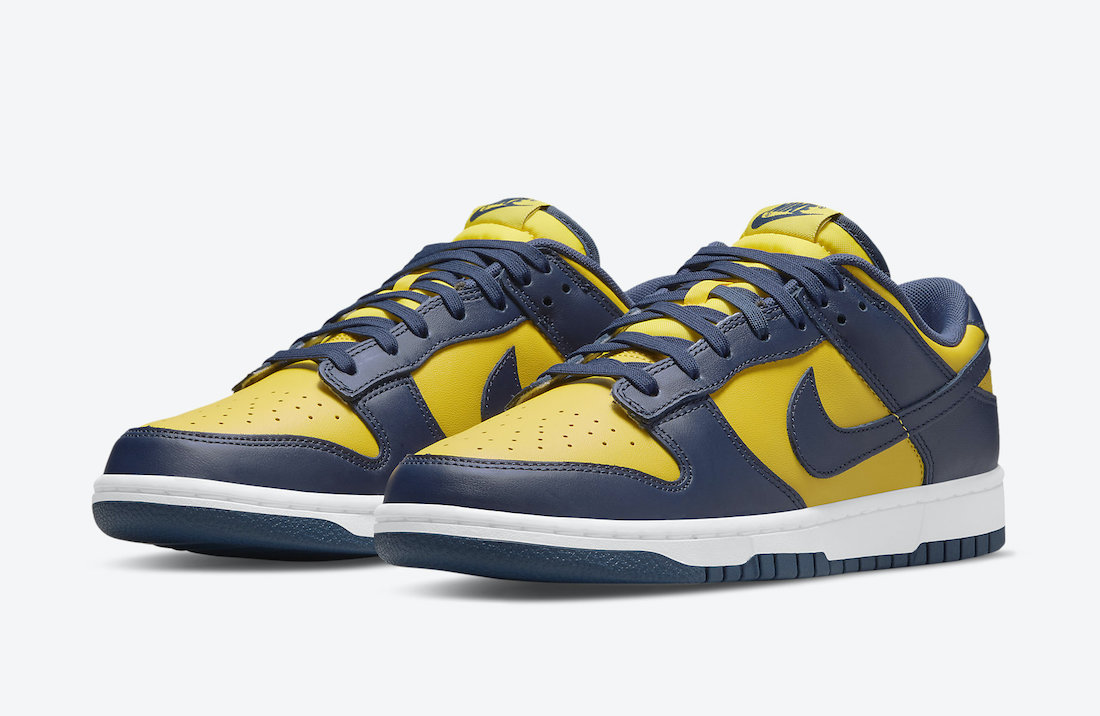 Looking closer, this Nike Dunk Low comes dressed in a Varsity Maize, Midnight Navy, and White color combination. First, the pair features Varsity Maize leather across the base while perforations land on the toe box. Next, Midnight Navy adorns the overlays, Swoosh, and rubber outsole. Yellow then appears on the tongue, label, ankle, and Nike on the heel. Finally, Blue covers the liner and laces while a White midsole finishes the look.

You can expect the Nike Dunk Low ‘Michigan’ to release at select retailers and Nike.com on June 3rd. The retail price is $100. As soon as we have more information, we will make sure to update you. For now, scroll below for additional photos that will give you a closer look.

Update (4/3): Nike unveils official images of the ‘Michigan’ Dunk Low in adult sizing. A release is scheduled for April 16th. 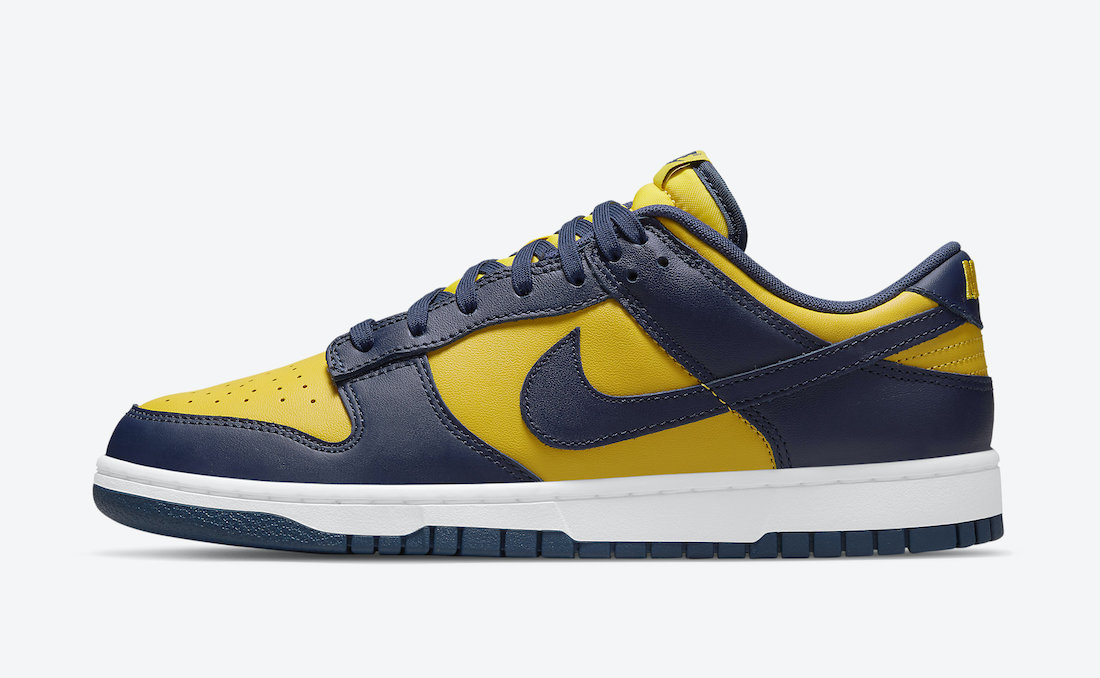 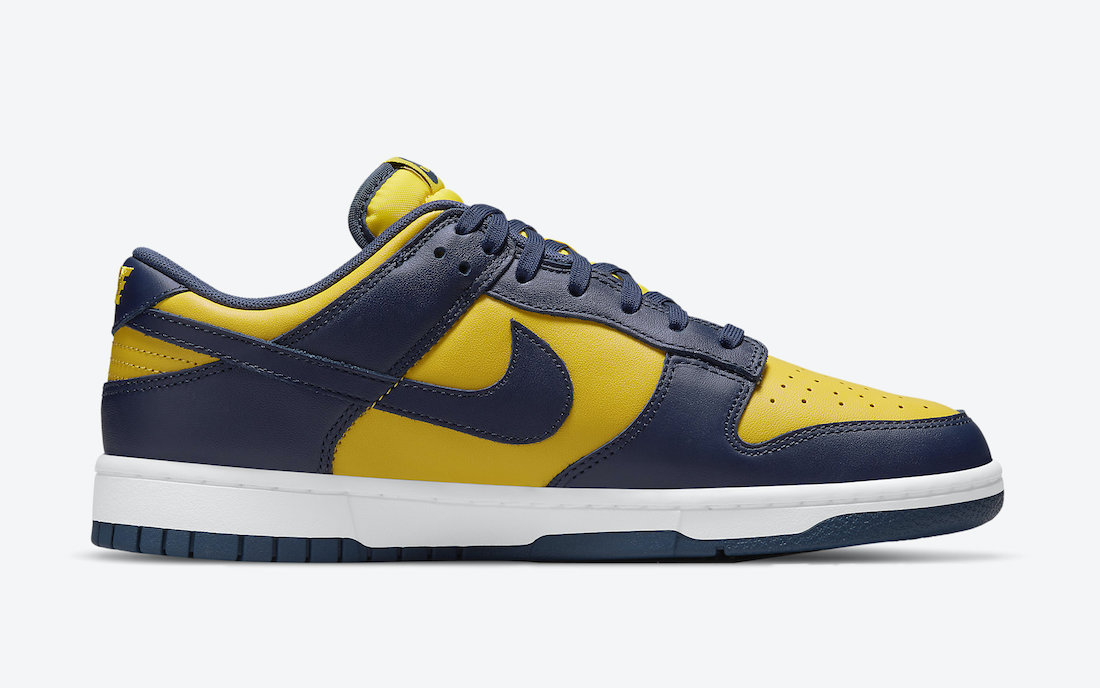 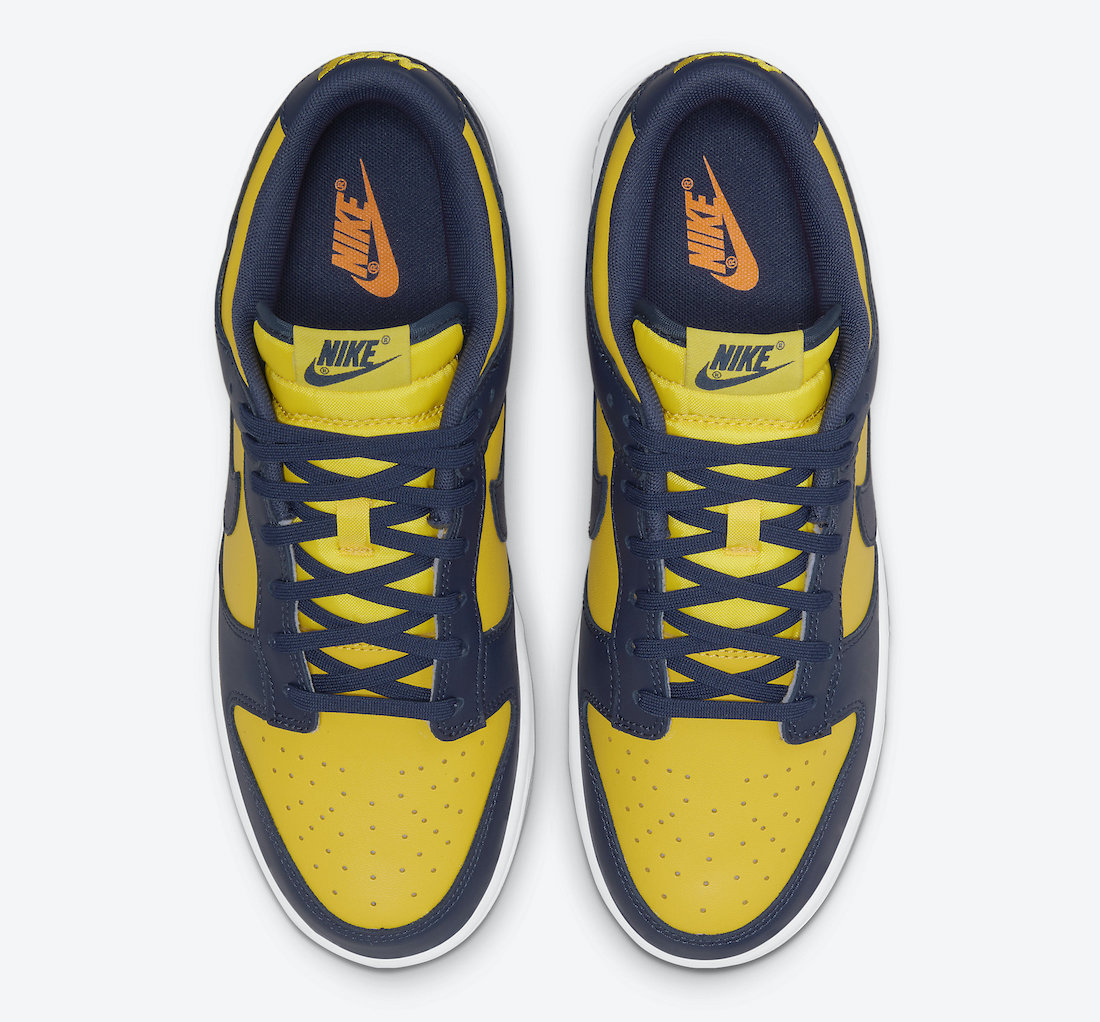 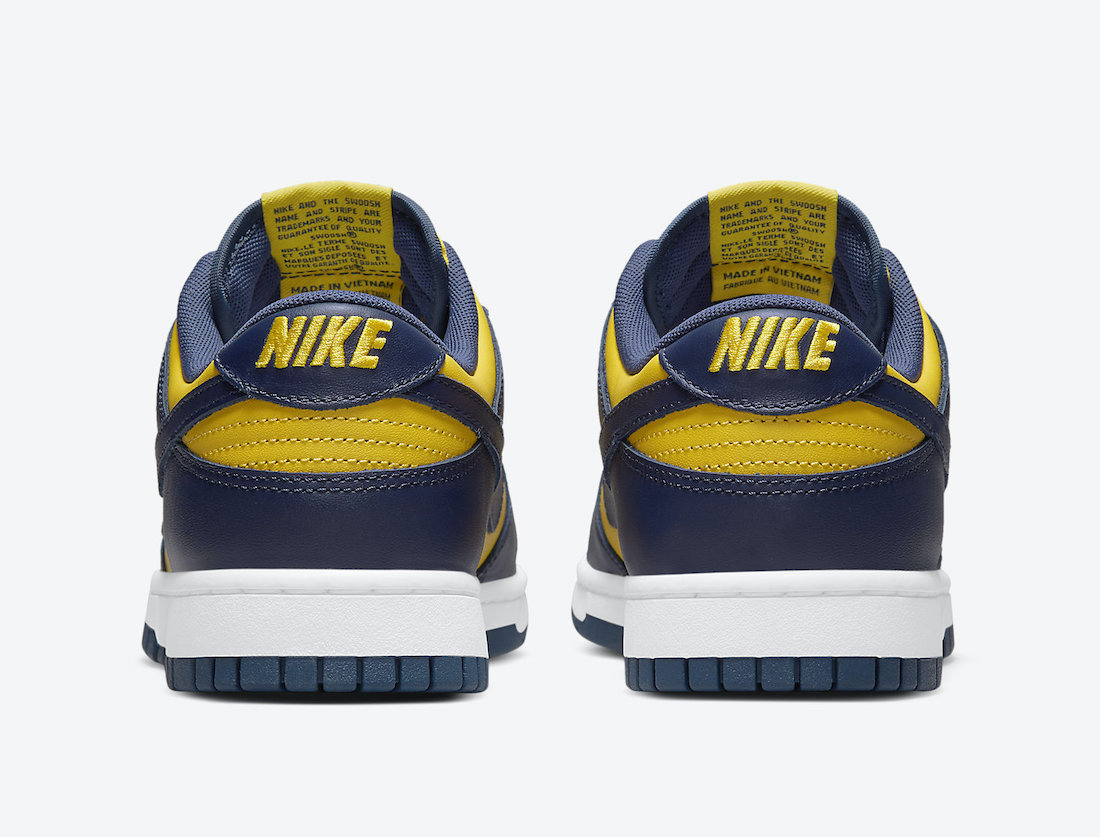 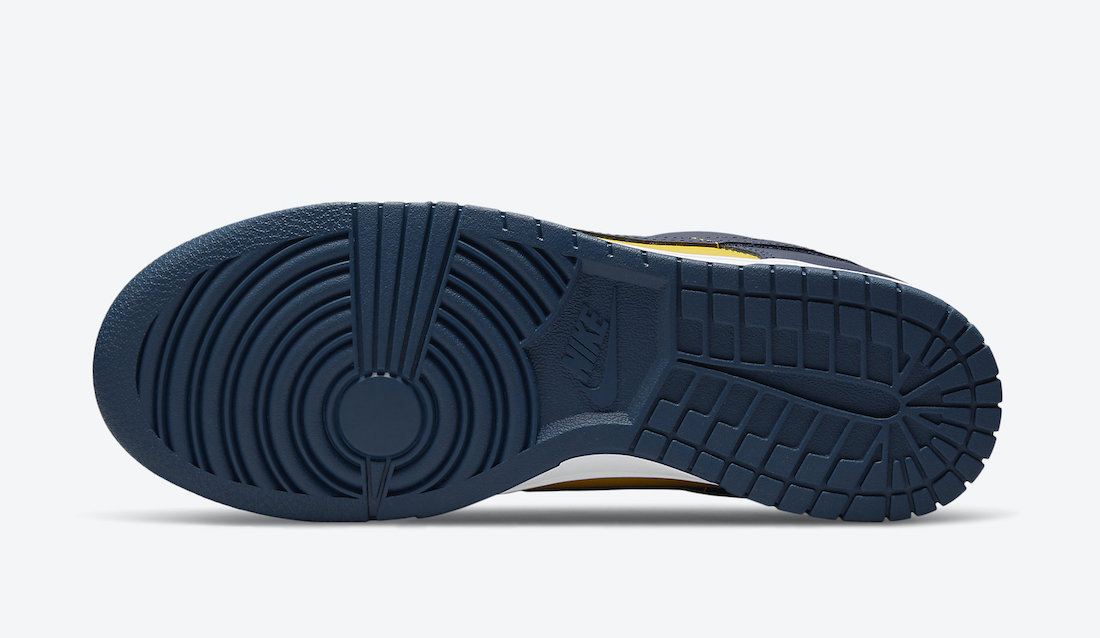 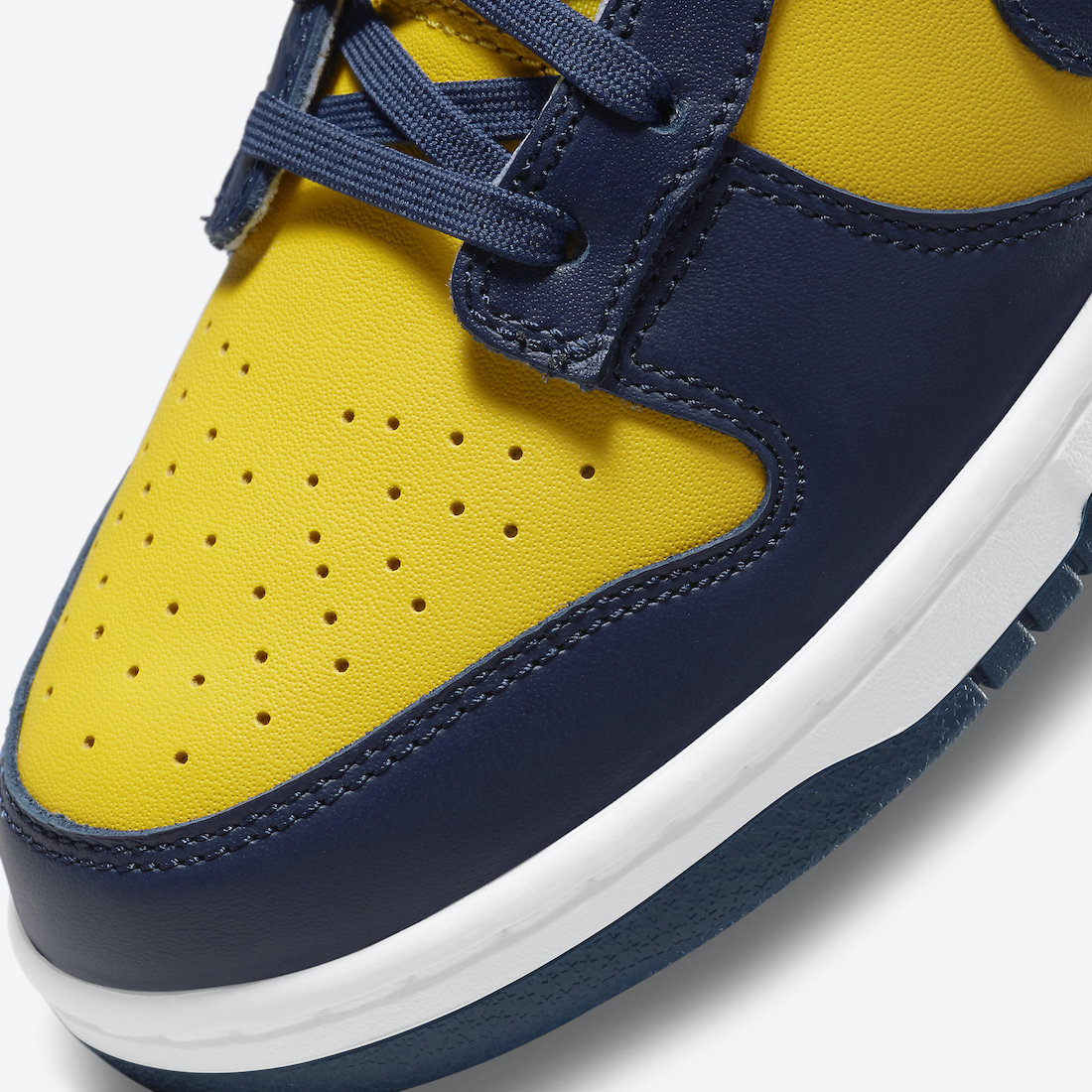 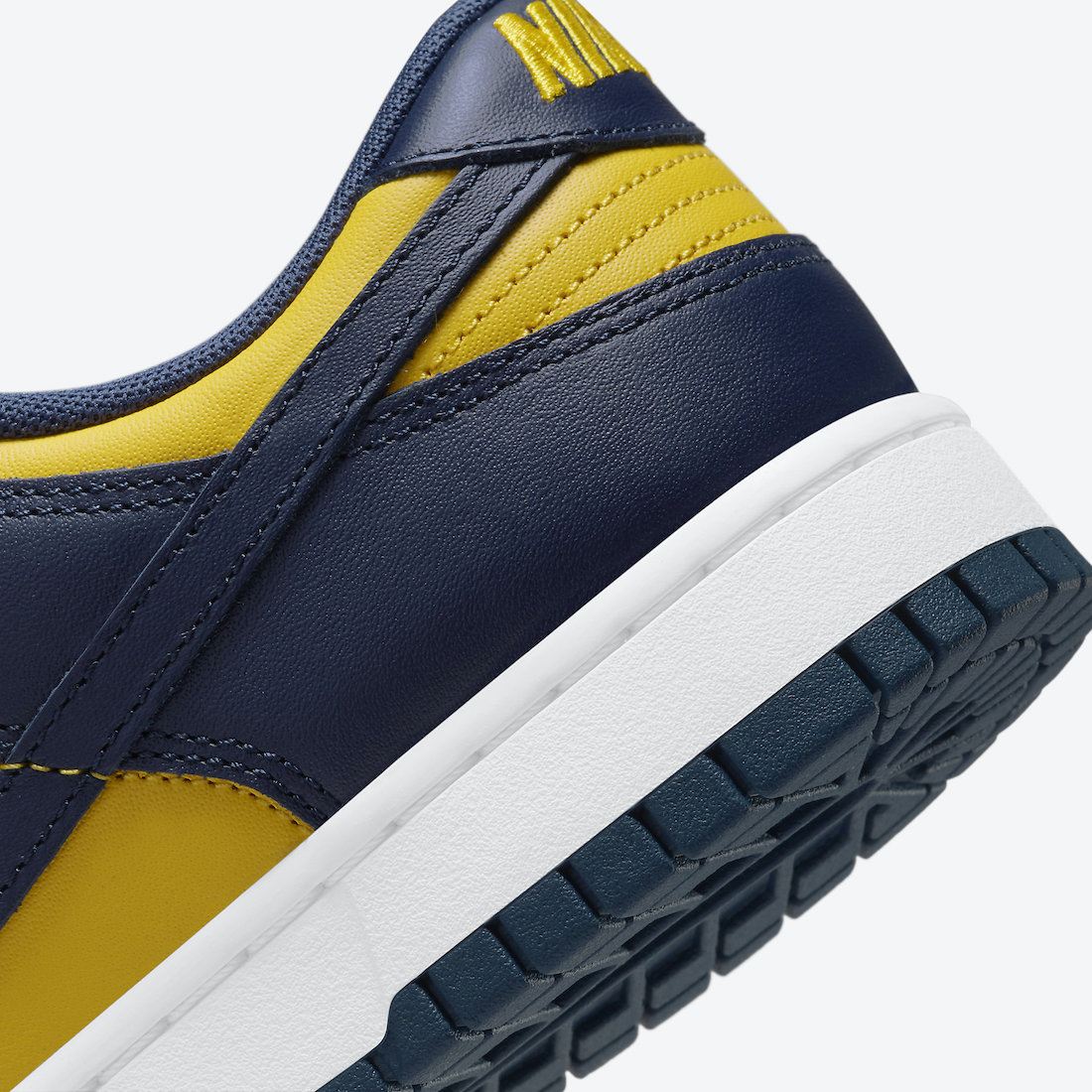 Update (2/26): We now have a first look at the ‘Michigan’ Nike Dunk Low in adult sizing via brandon1an. A release date will take place on April 16th. 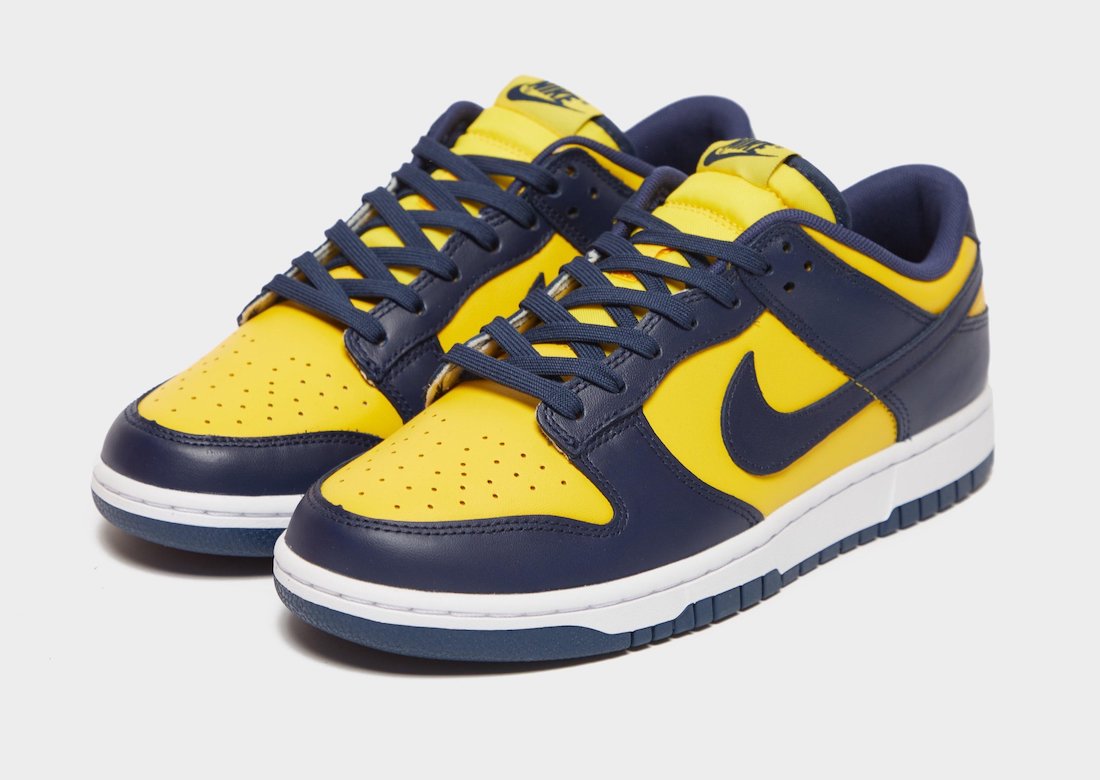 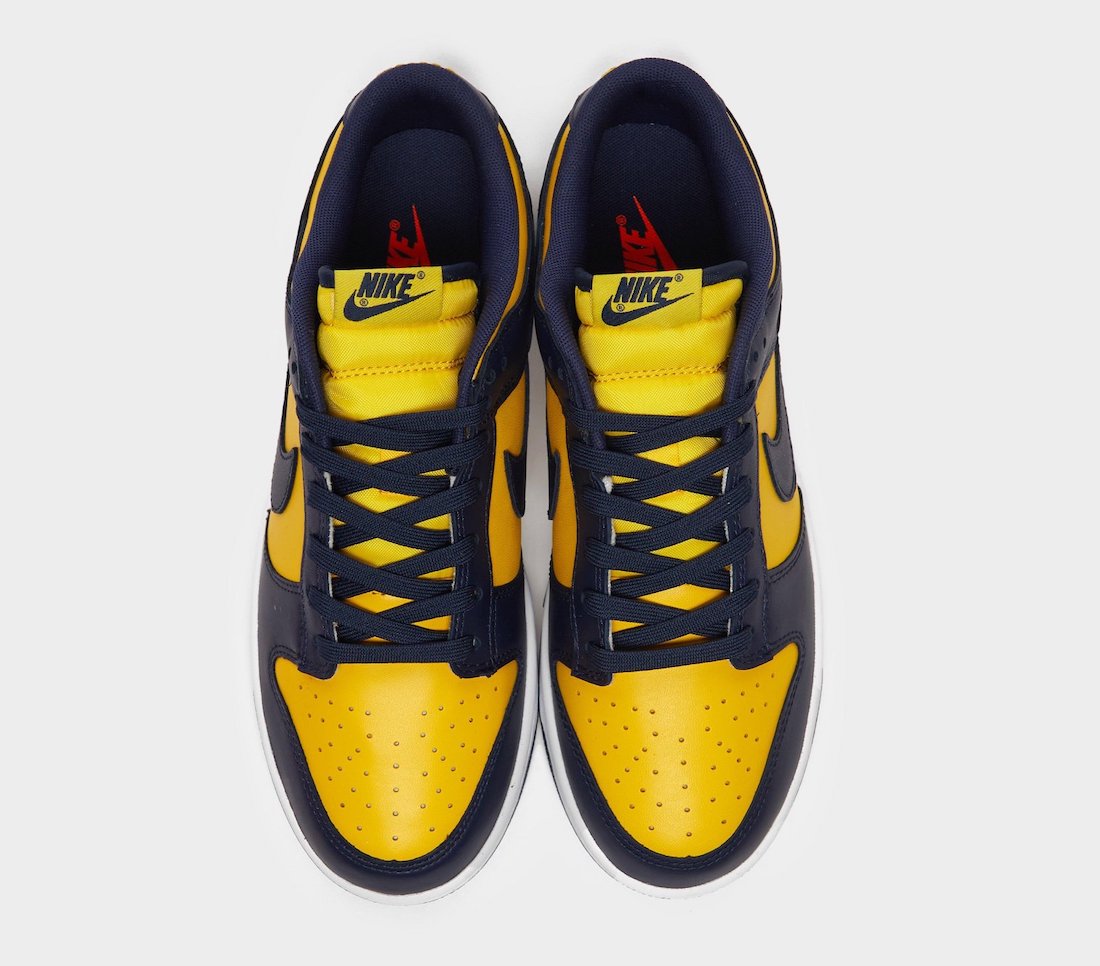 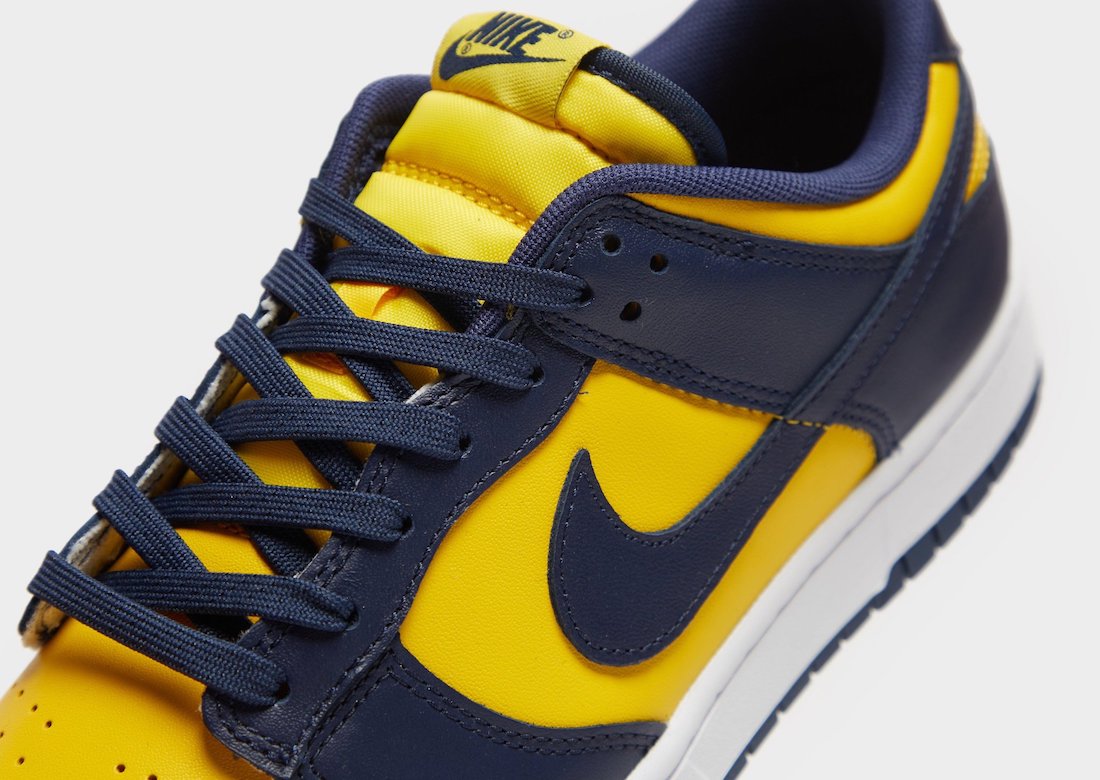 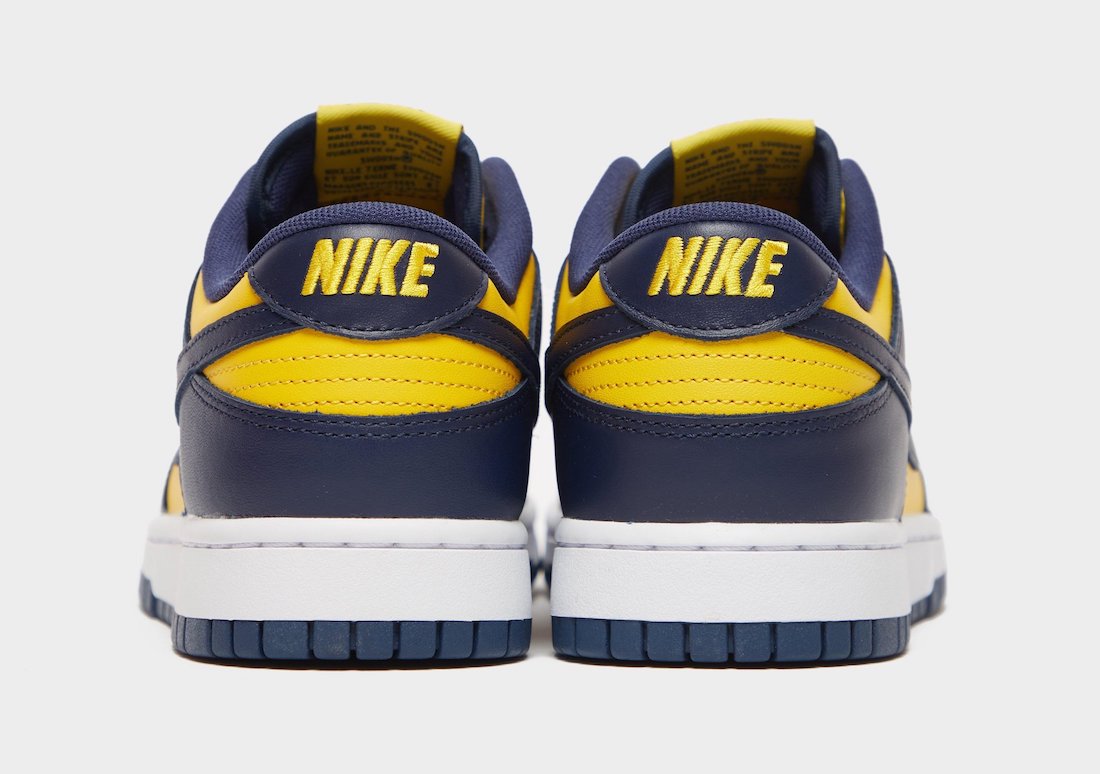 Update (1/22): We now have official images of the ‘Michigan’ Nike Dunk Low in GS sizing. 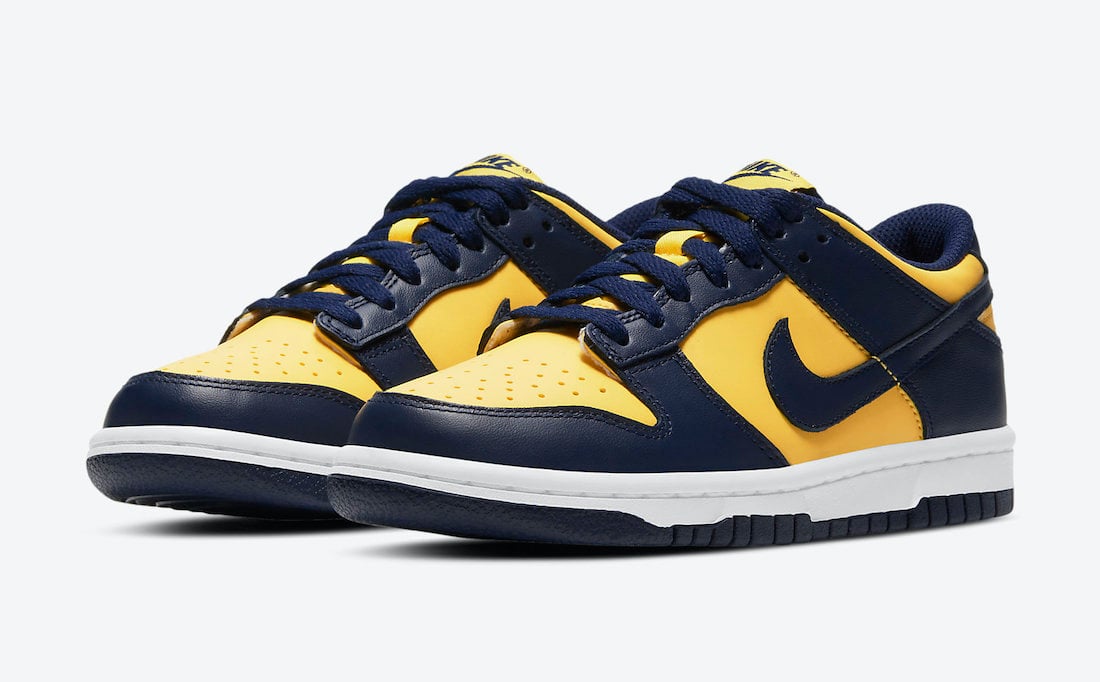 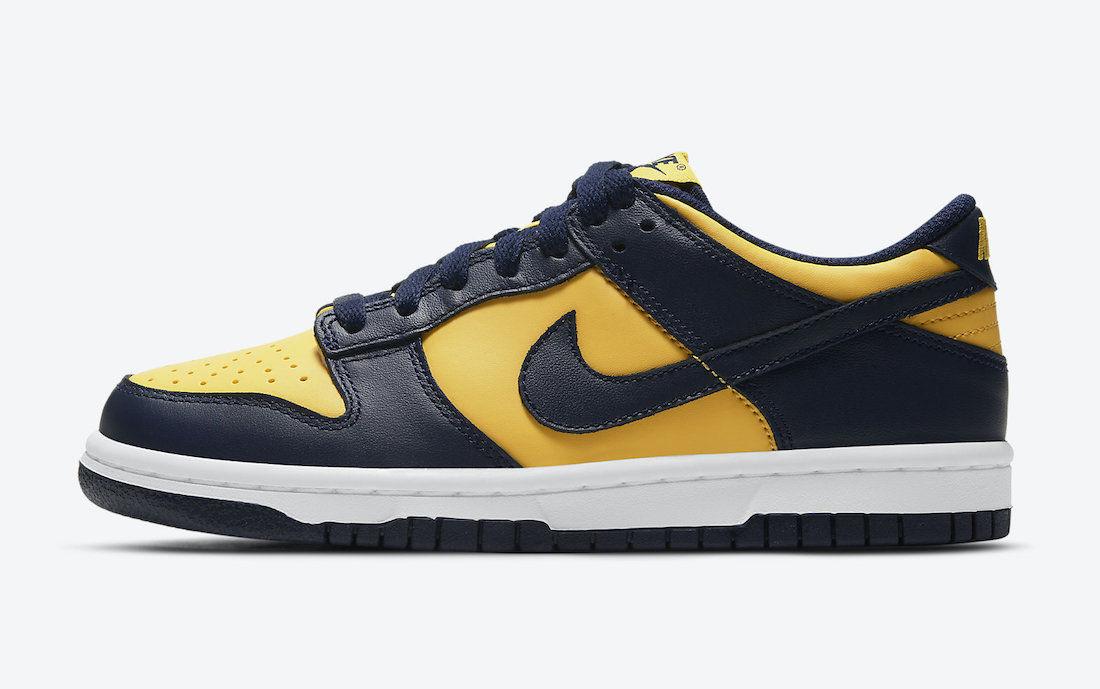 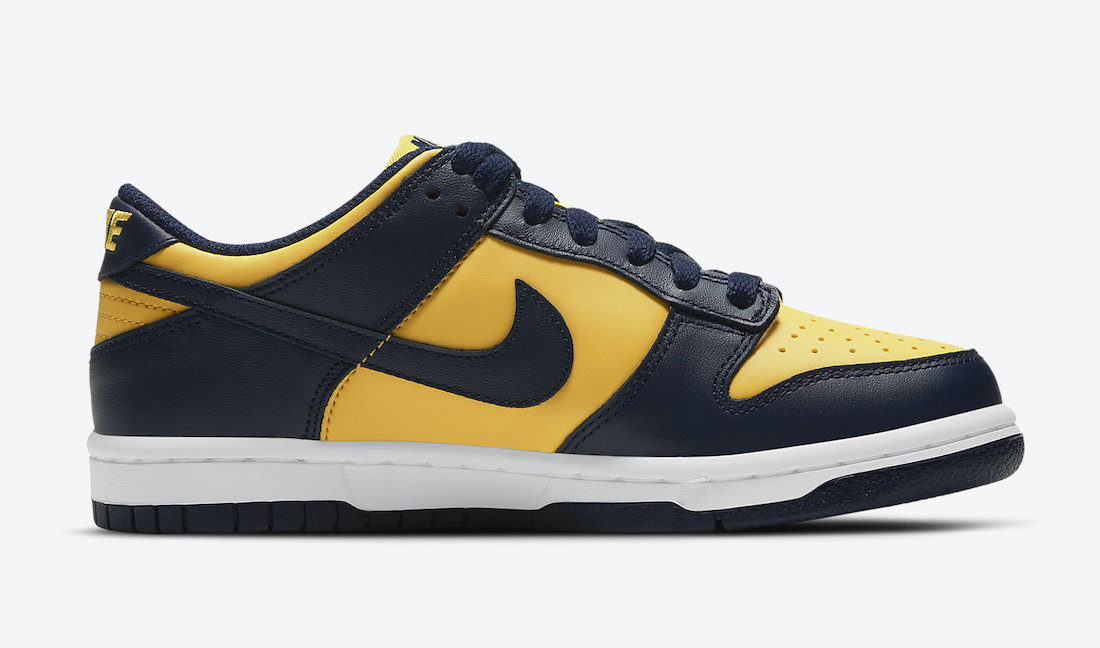 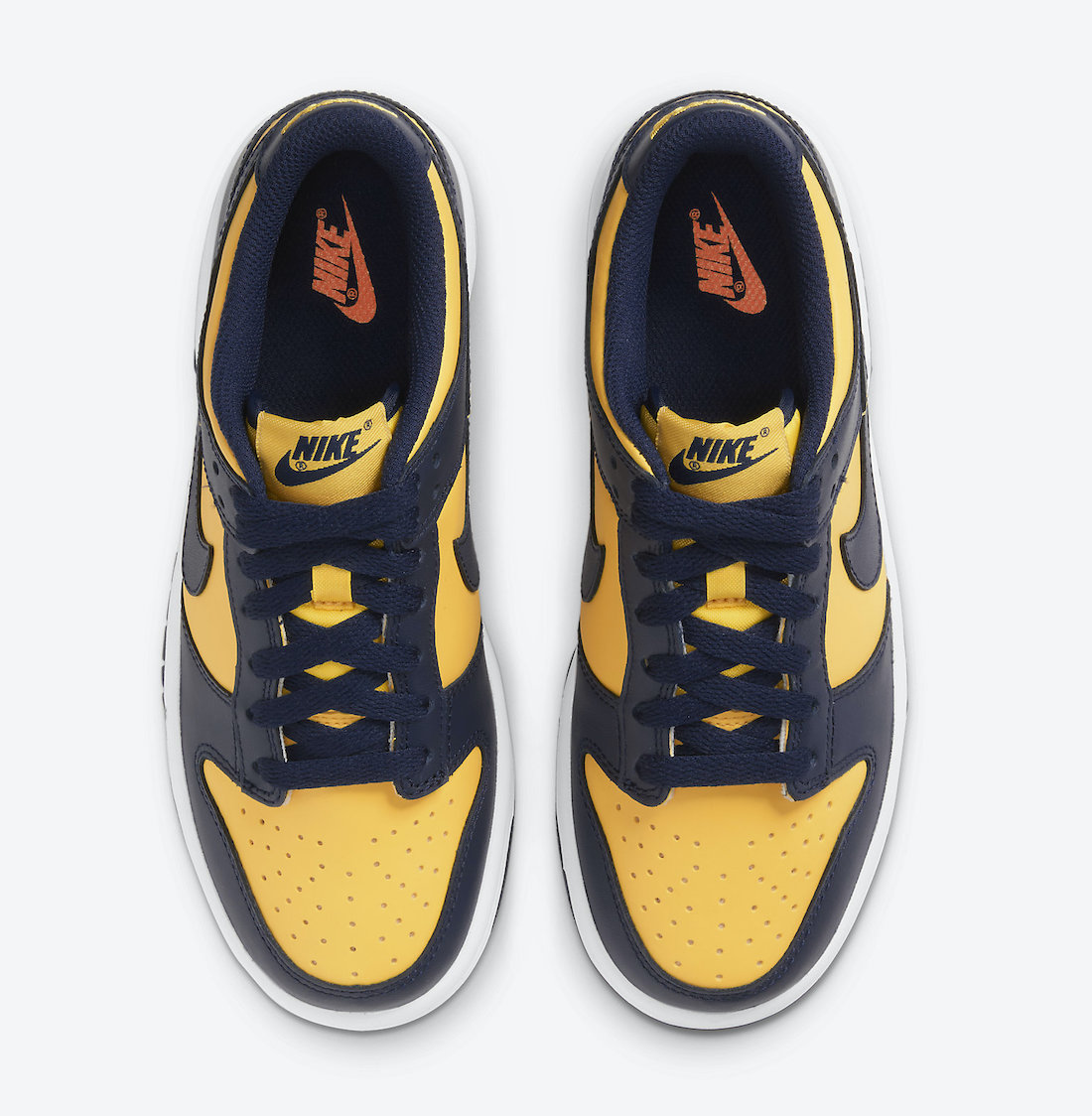 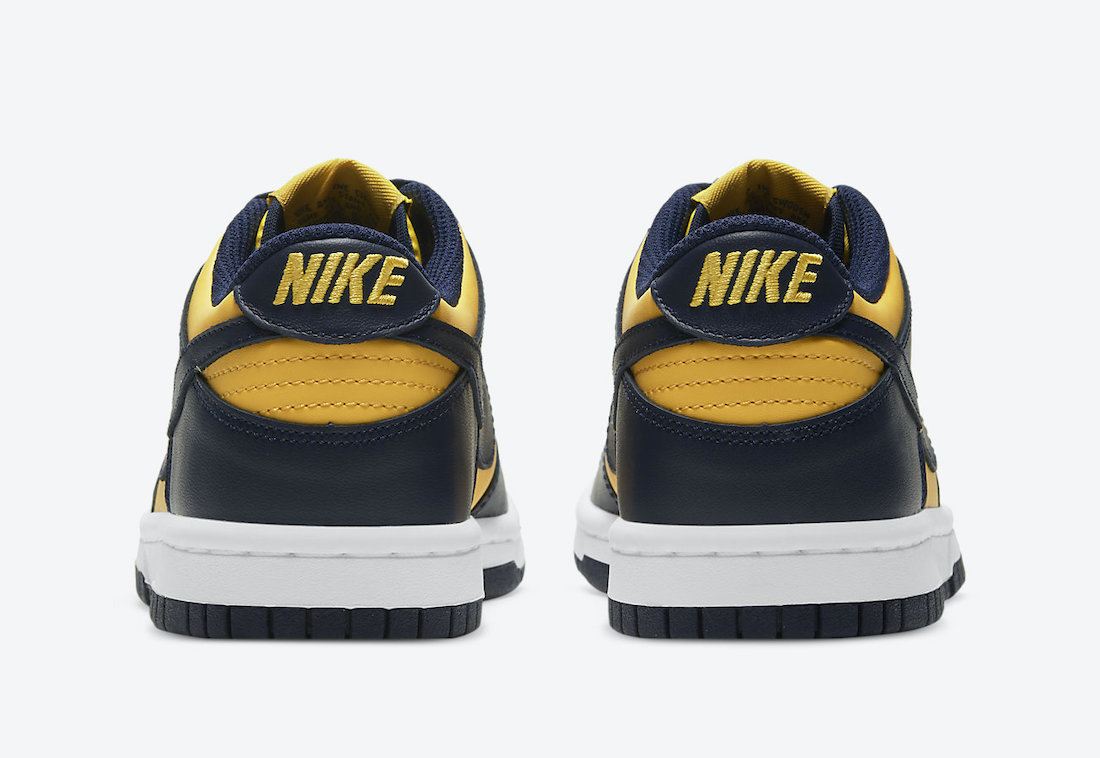 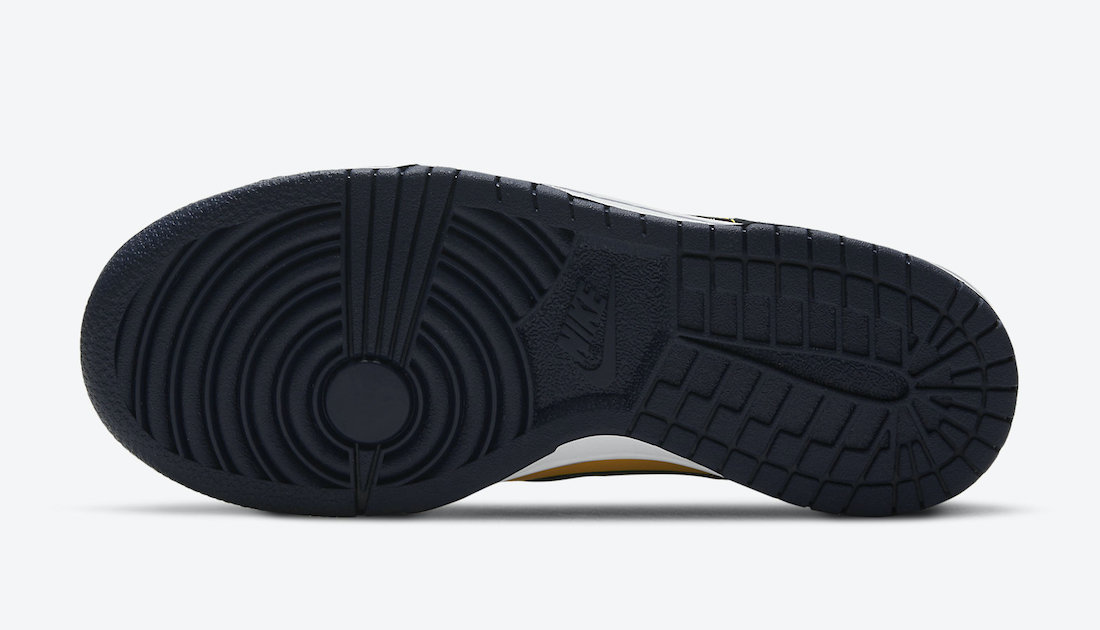 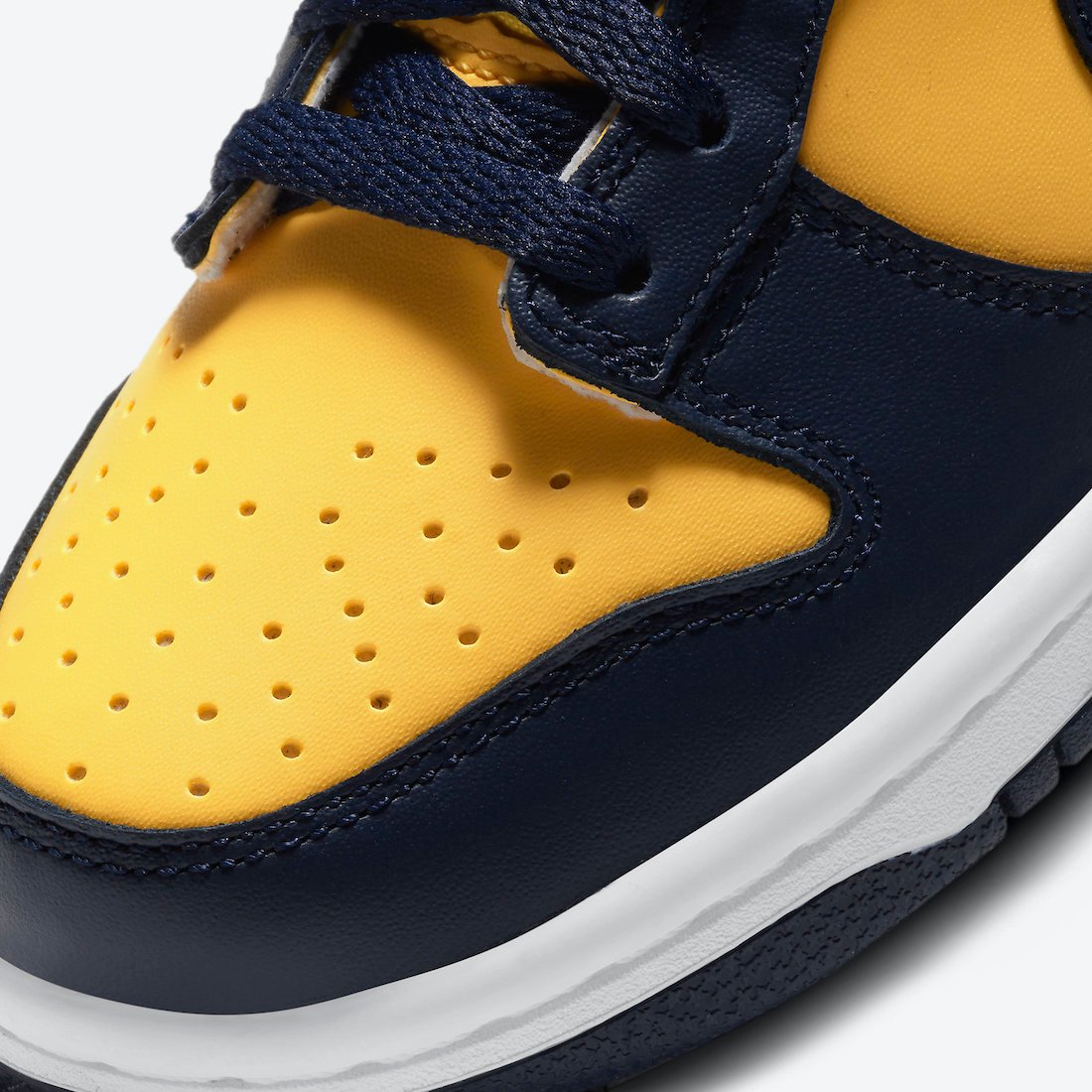 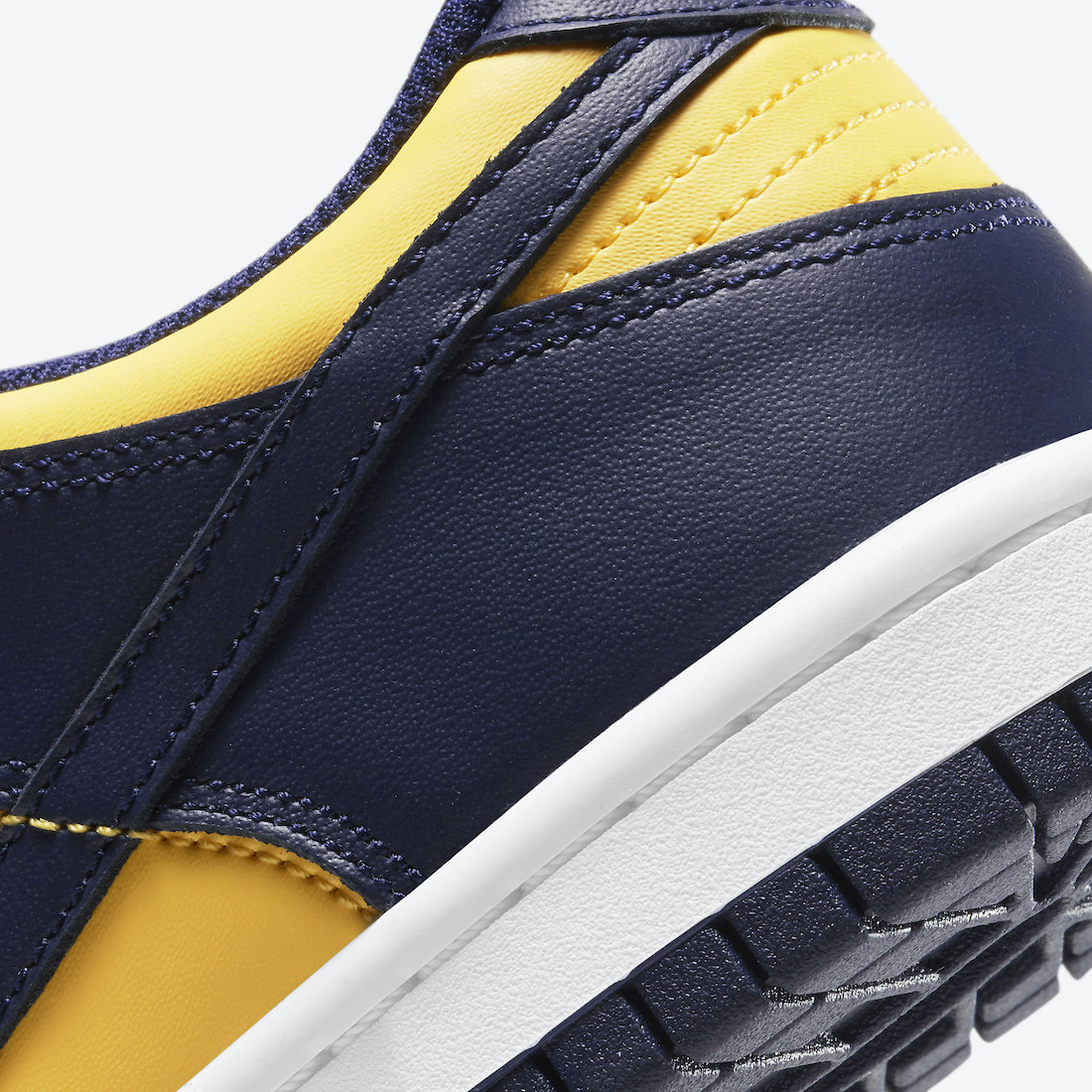 The images shown are in grade school sizing. 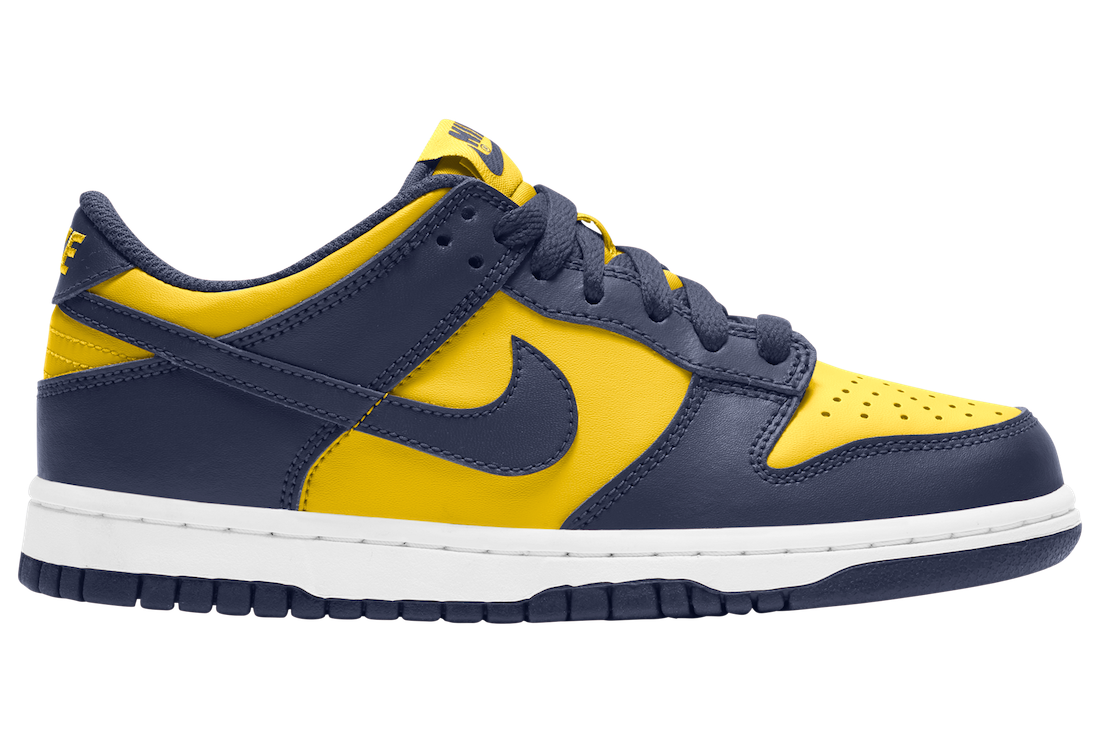 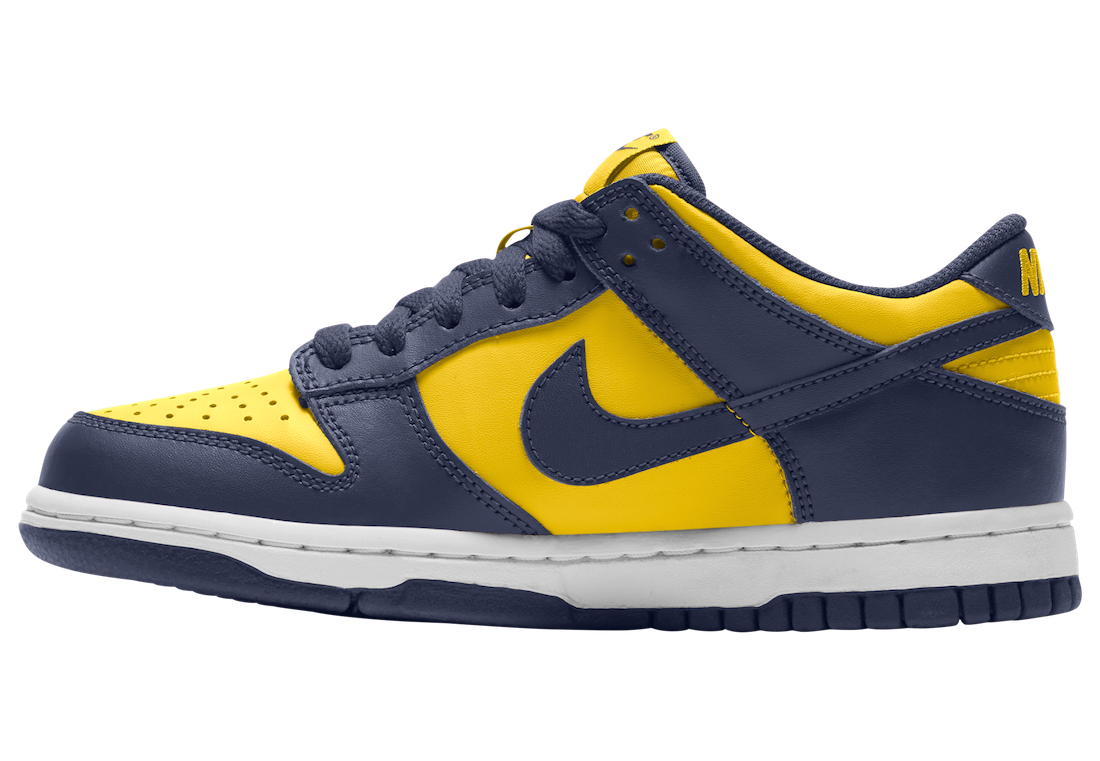 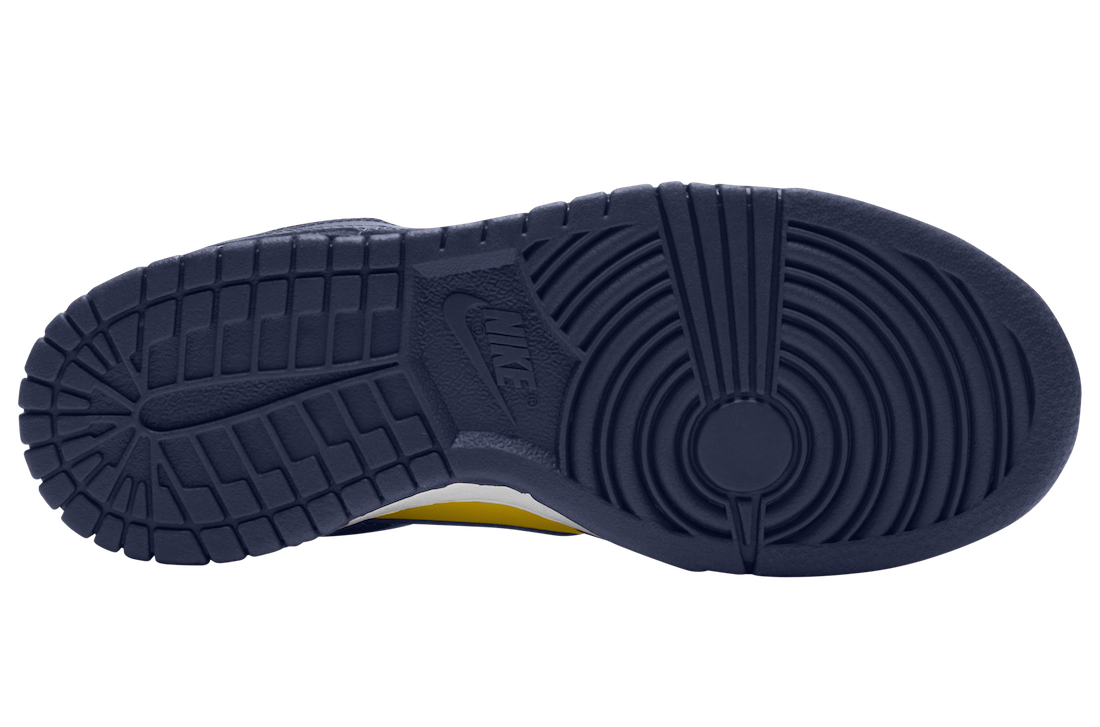