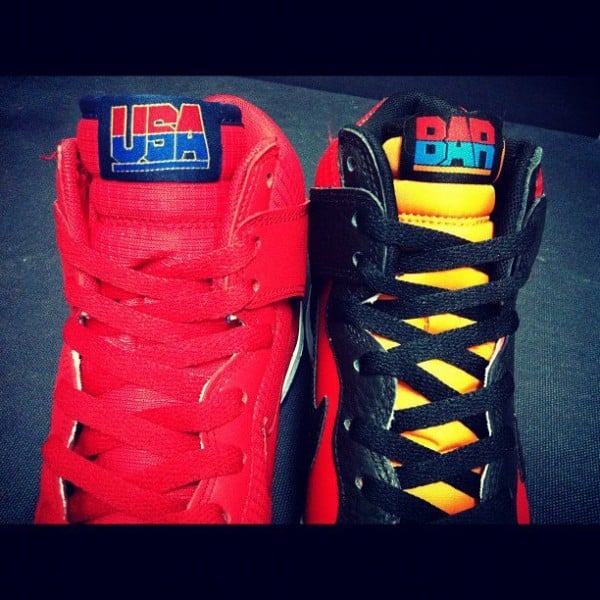 As this year marks the 20th anniversary of the 1992 Summer Olympic Games in Barcelona, Nike Sportswear is set to pay tribute to the original Dream Team with a number of releases, one of which will be a pack of Dunk Highs.

Including both “USA” and “Barcelona” Dunks, the “USA” pair appears to feature a predominately red colorway while the “Barcelona” pair comes with a red, black and yellow colorway.

Checkout this first teaser image of the kicks and stay tuned for additional looks and details.