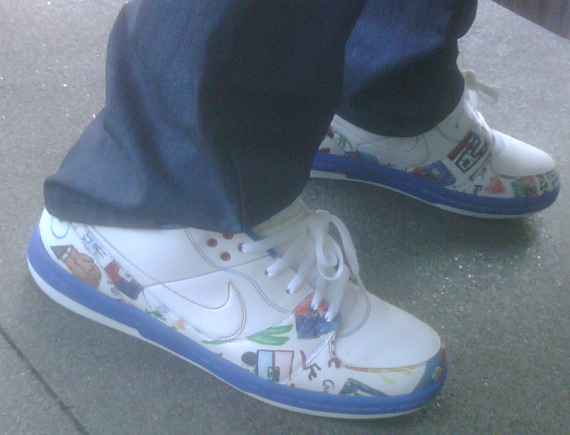 Though the earthqauke in Haiti is no longer in the news headlines, the effects of the devastating natural disaster are still felt around the world. Nike is doing their part to help those affected by the earthquake via their Kinbé Pa Lagé collection. Kinbé Pa Lagé, which is translated to “Hold on tight. Don’t let go.” is a part of Nike’s Haiti relief efforts. Since sneakers take quite a while to produce, today, nearly four months after the earthquake, we have a look at a Nike Cradle Rock Low and a Nike Zoom Kobe V (5) designed by children to help those affected by the Haiti earthqauke. There is currently no word on a release, but expect both sneakers to release, in limited quantities, in the near future and for the proceeds to benefit Nike’s Haiti relief efforts. 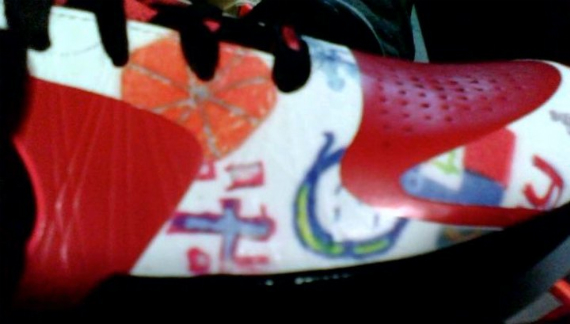