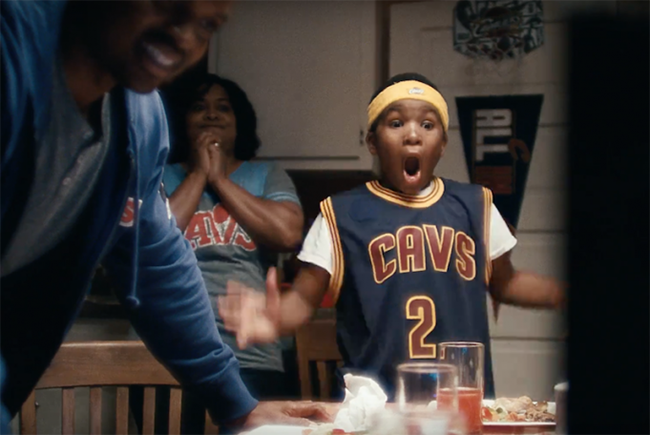 The last time that Cleveland won a championship was back in 1964 and it wasn’t the Cavaliers but the Browns. What many to believe is a curse was finally broken. LeBron James, Kyrie Irving and company have achieved greatness and helped the city of Cleveland bring home their first NBA Championship.

Nike Basketball who has a handful of athletes signed to the Cavs released a new video right after they won the 2015-2016 Championship. Dubbed ‘Always Believe’ the video focuses on fans waiting and slowly becoming passionate while highlights of Kyrie, LeBron, J.R. Smith and Kevin Love are featured.

Check out the video below and a big congrats goes out to the Cleveland Cavaliers and the city for patiently waiting.