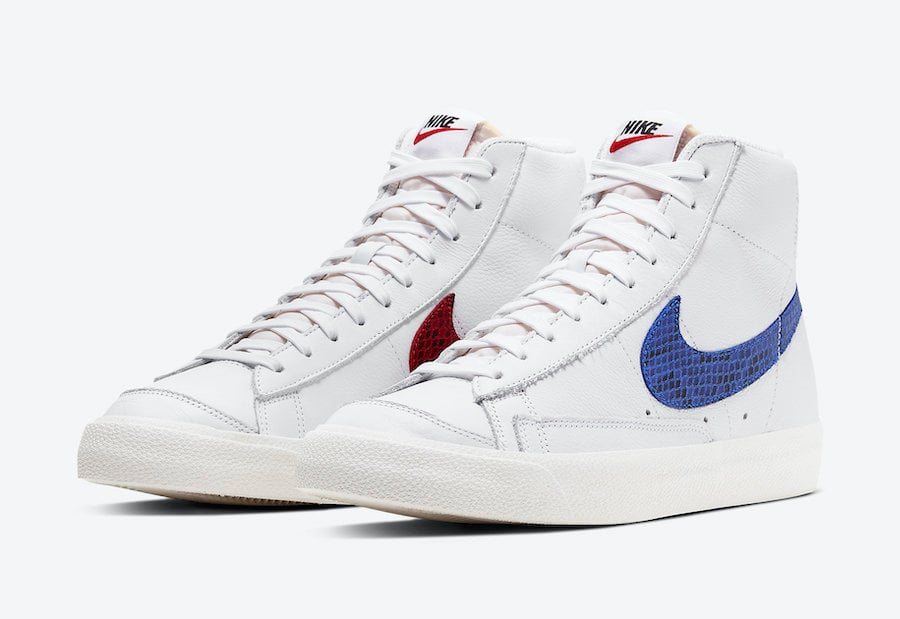 The Nike Blazer Mid has seen its fair share of releases during 2020 and the brand will continue to debut not only new colorways but with different designs.

This Blazer Mid not only features mismatch Swoosh logos, but the come constructed with an exotic theme. Looking closer they feature White leather across the upper while ’NIKE’ in Black lands on the heels. Following we have Red and Blue on the Swoosh logos with a snakeskin texture. Other details includes a padded tongue while White covers the midsole and rubber outsole.

Below you can check out additional photos of the Nike Blazer Mid ’77 ‘Snakeskin Swoosh’ which will give you a closer look. You can expect this pair to release at select retailers including Nike.com on June 13th. Retail price is set at $120. 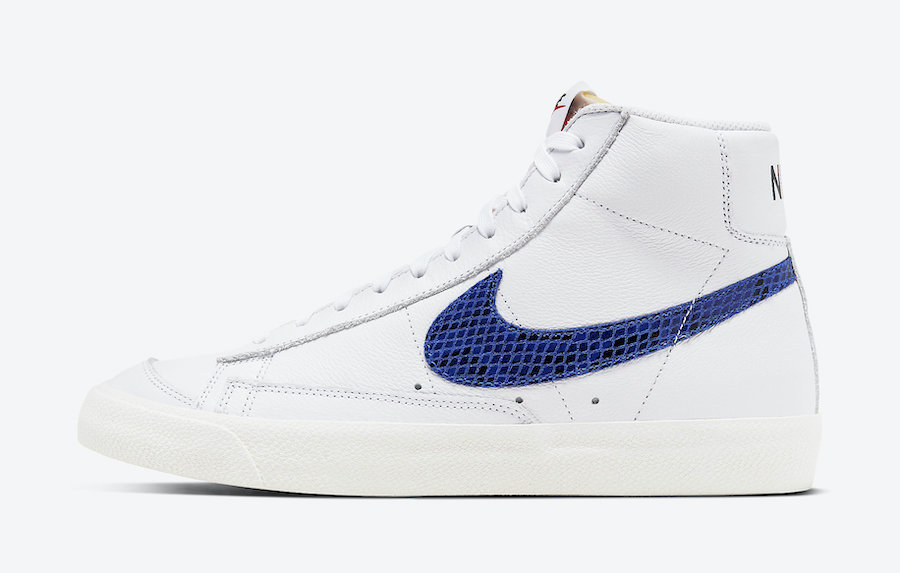 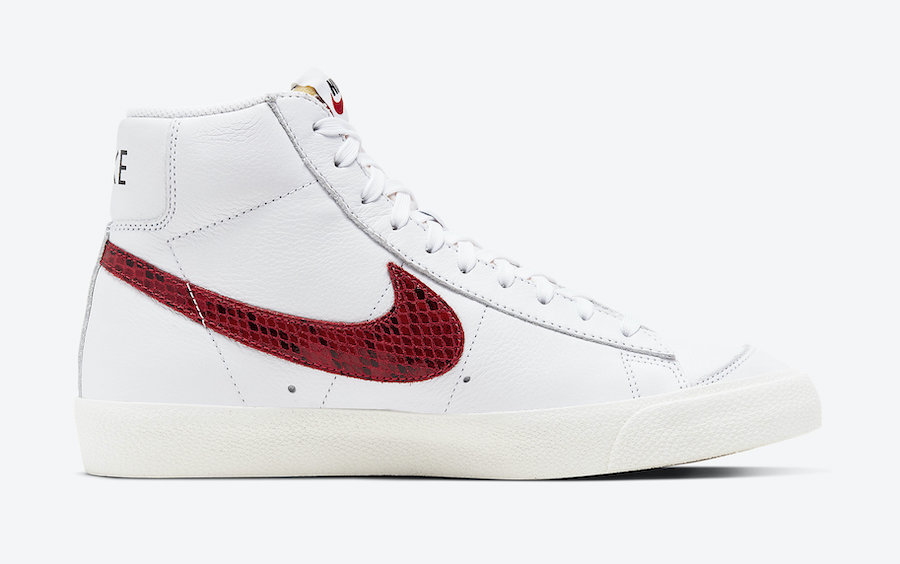 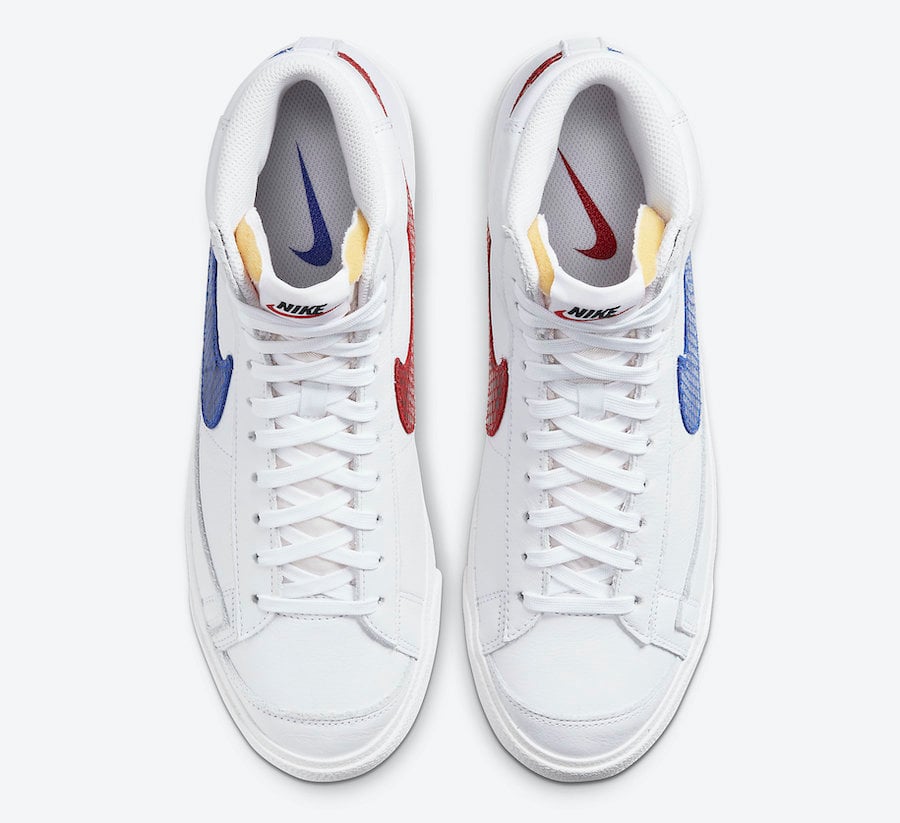 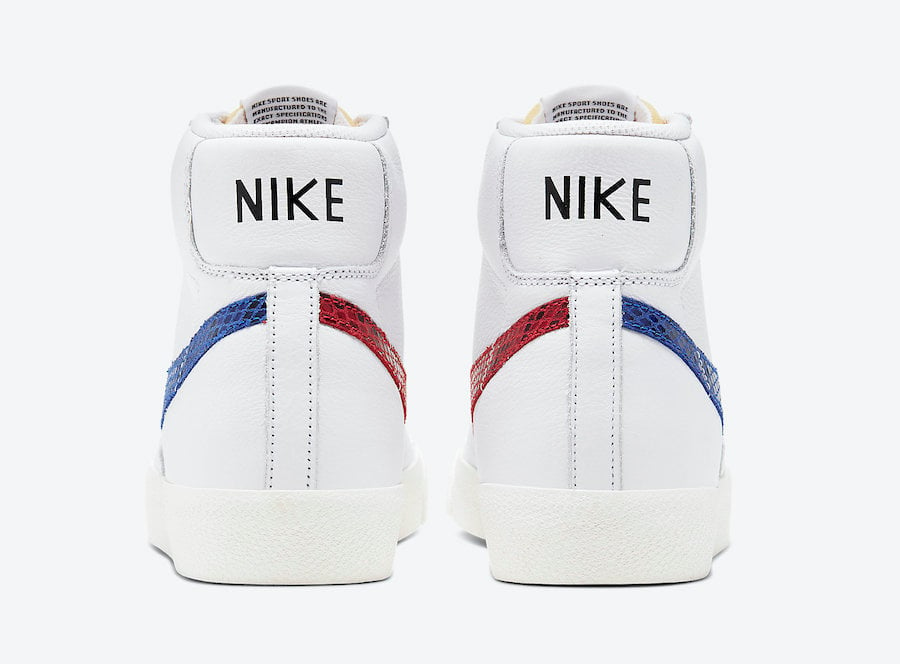 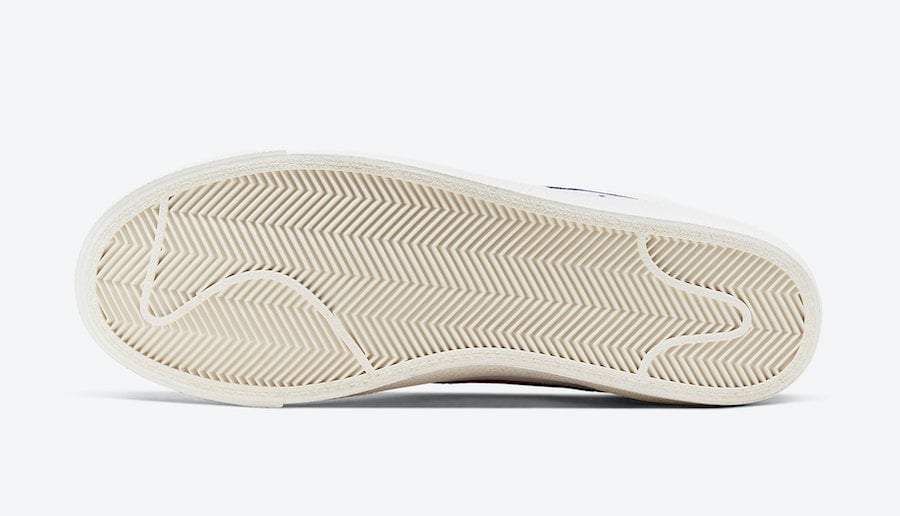 A Closer Look at the Nike Dunk Low ‘Bordeaux’