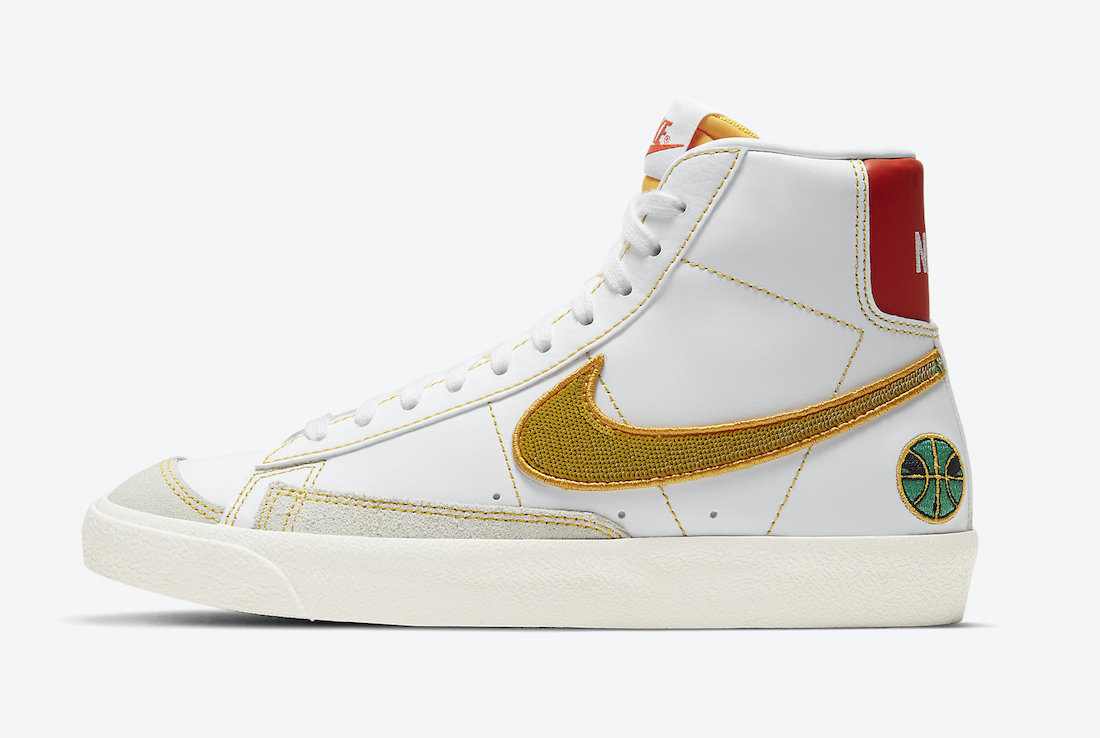 More pairs are added to Nike’s ‘Raygun’ collection, and our next pair will be a grade school iteration of the Blazer Mid.

Inspiration comes from Nike’s fictional ABA team, the Roswell Rayguns. The character, which is an alien, usually lands in a prominent position.

Looking closer, this Nike Blazer Mid features White leather across the upper along with a sequin Swoosh logo Swoosh on the lateral and Green on the medial. Following, Yellow adorns the stitching. Orange covers the heel tab while Grey suede accents the top of the heel. Lastly, a Green basketball resembling the Raygun character appears by the heel while Raygun branding runs down the insole.

Below, check out more images of the Nike Blazer Mid ‘Raygun’ that will give you a closer look. Although a release date has yet to be announced, they will launch soon at select retailers, including Nike.com. 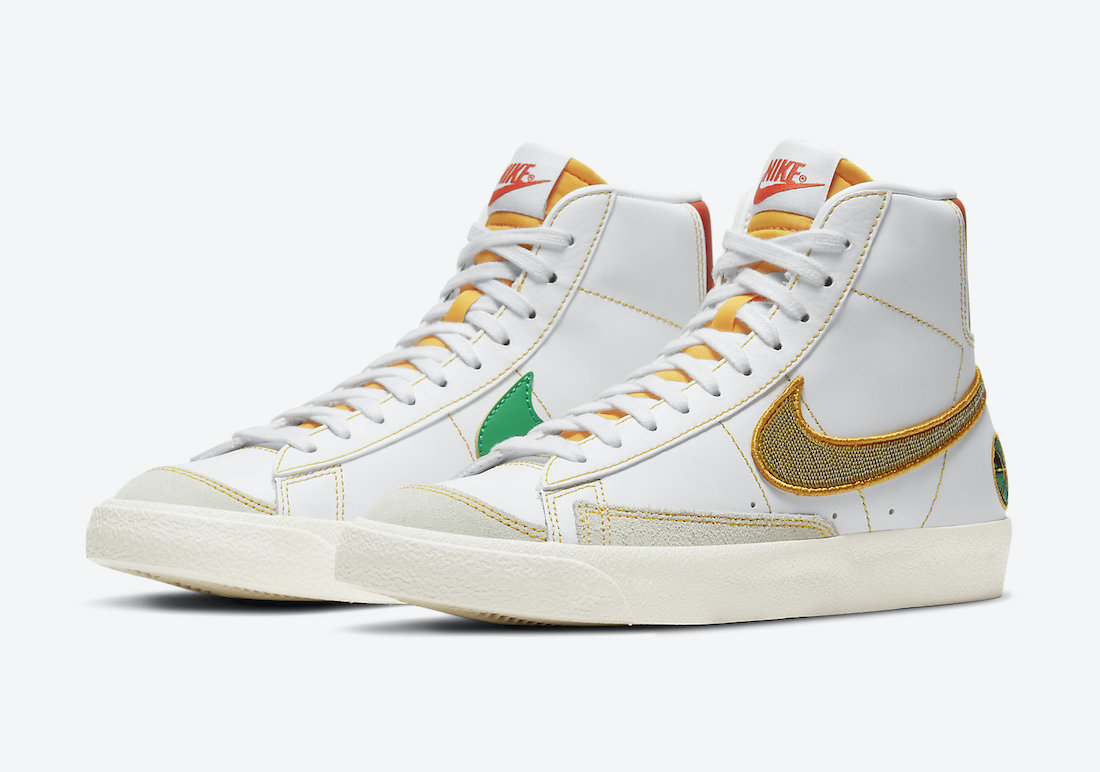 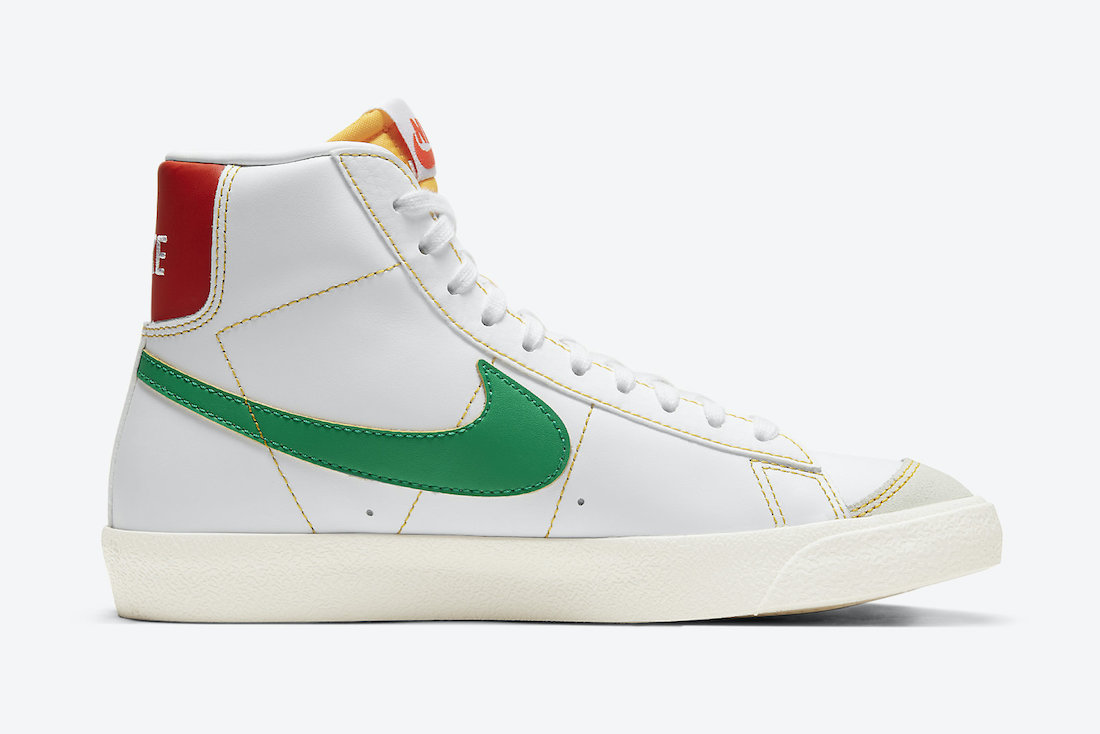 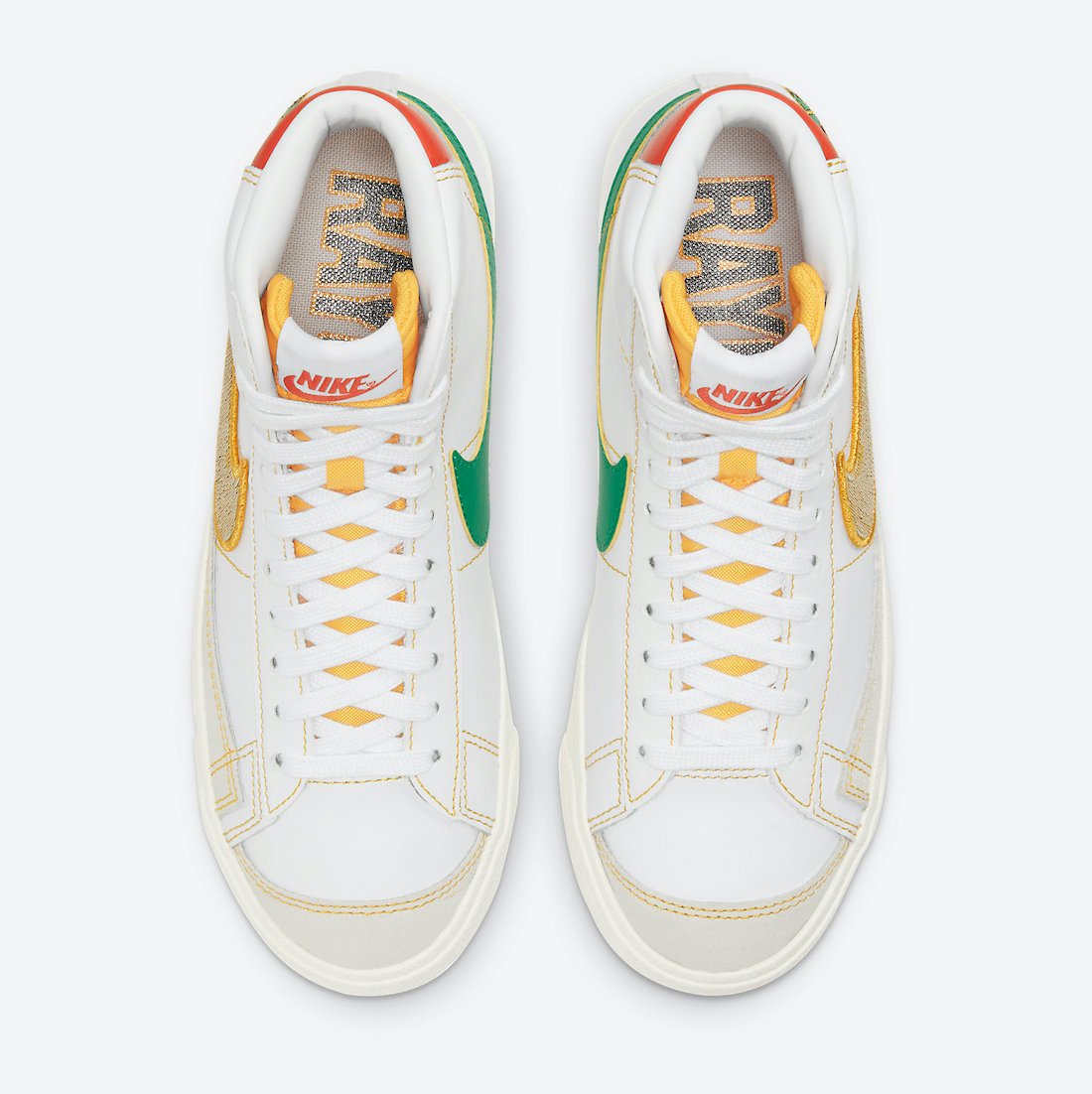 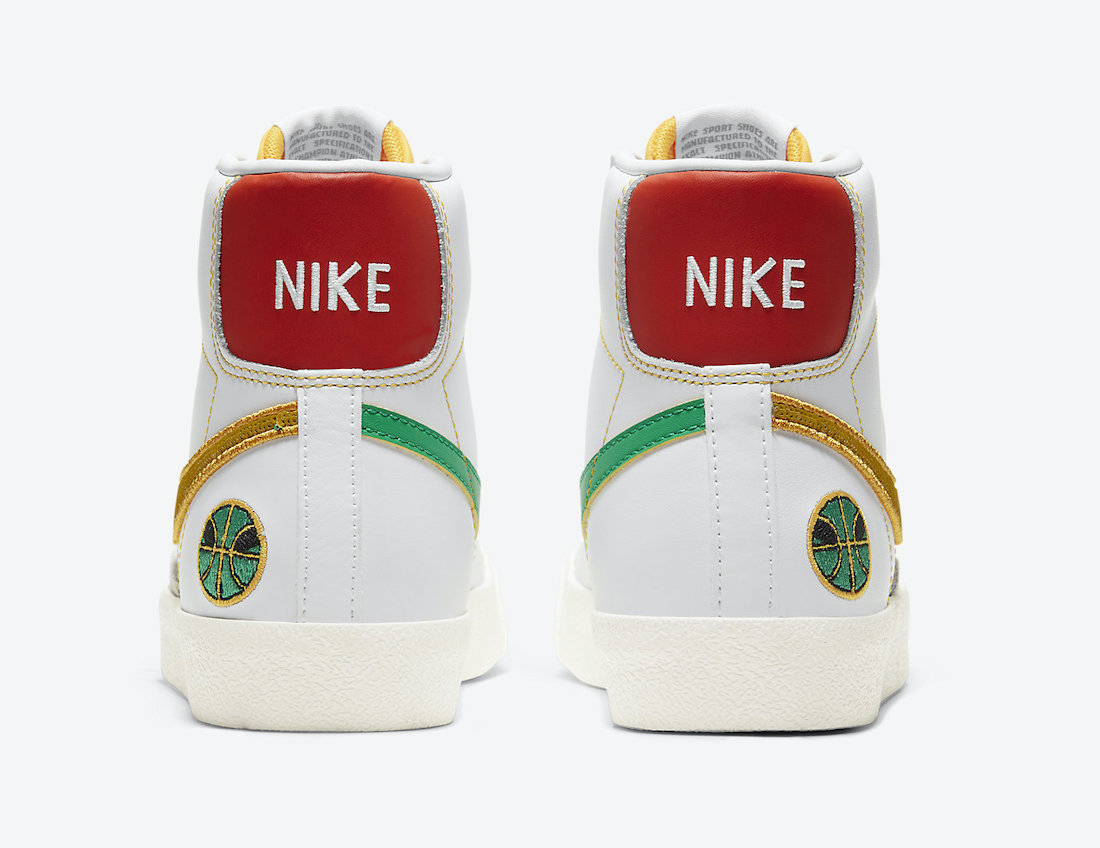 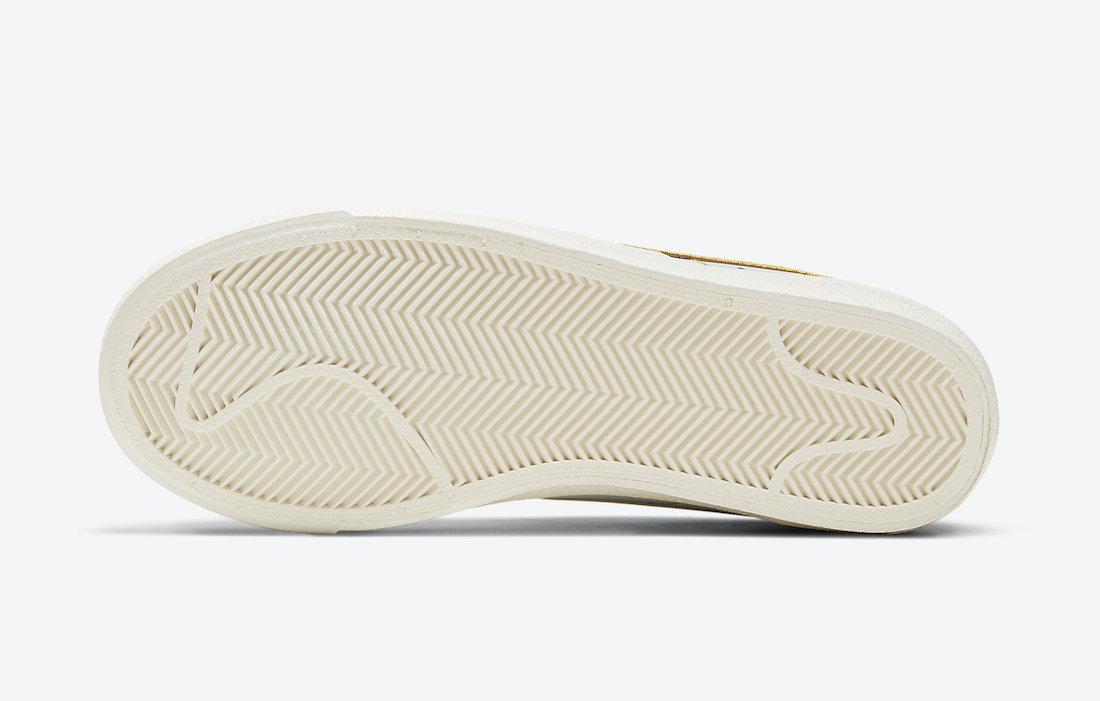 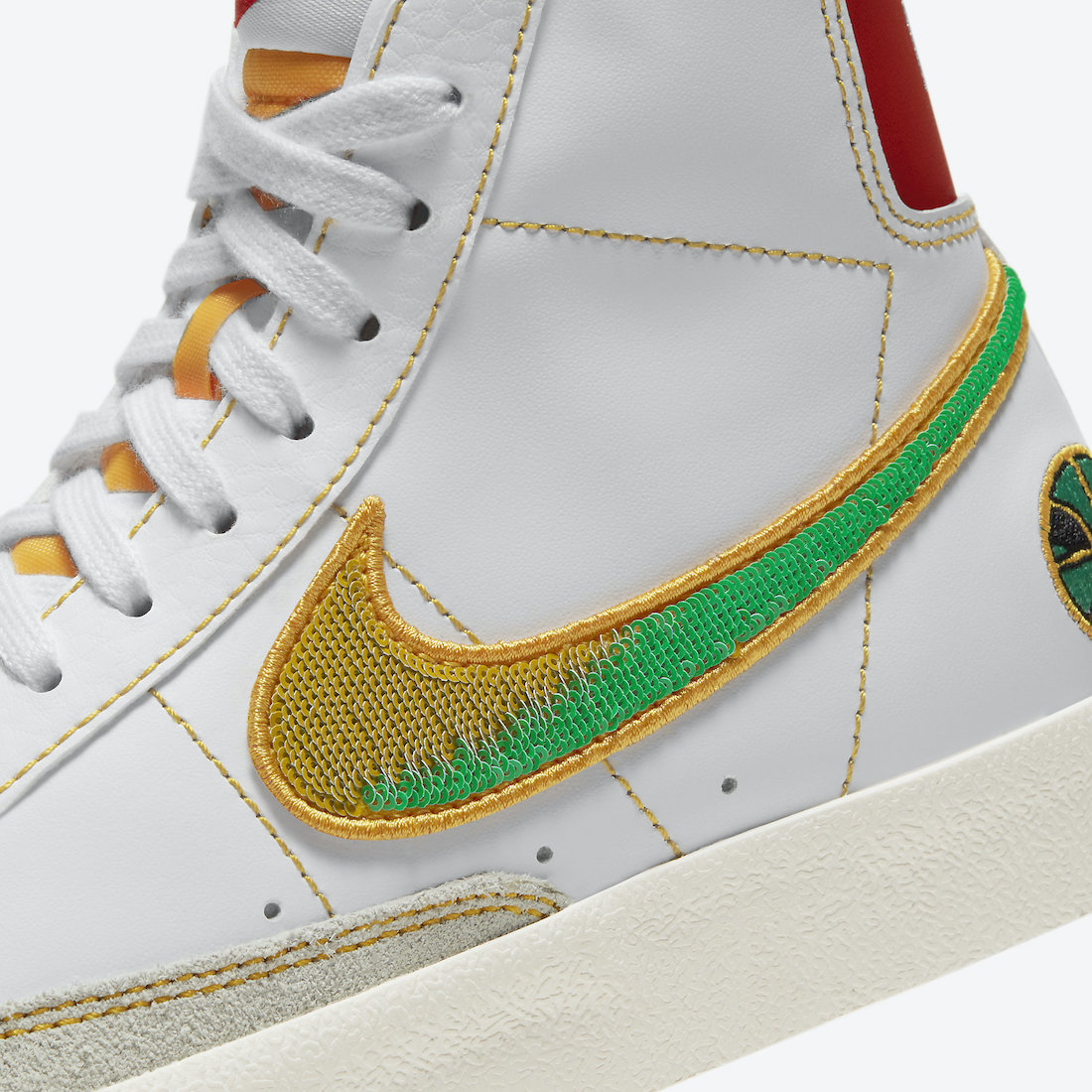 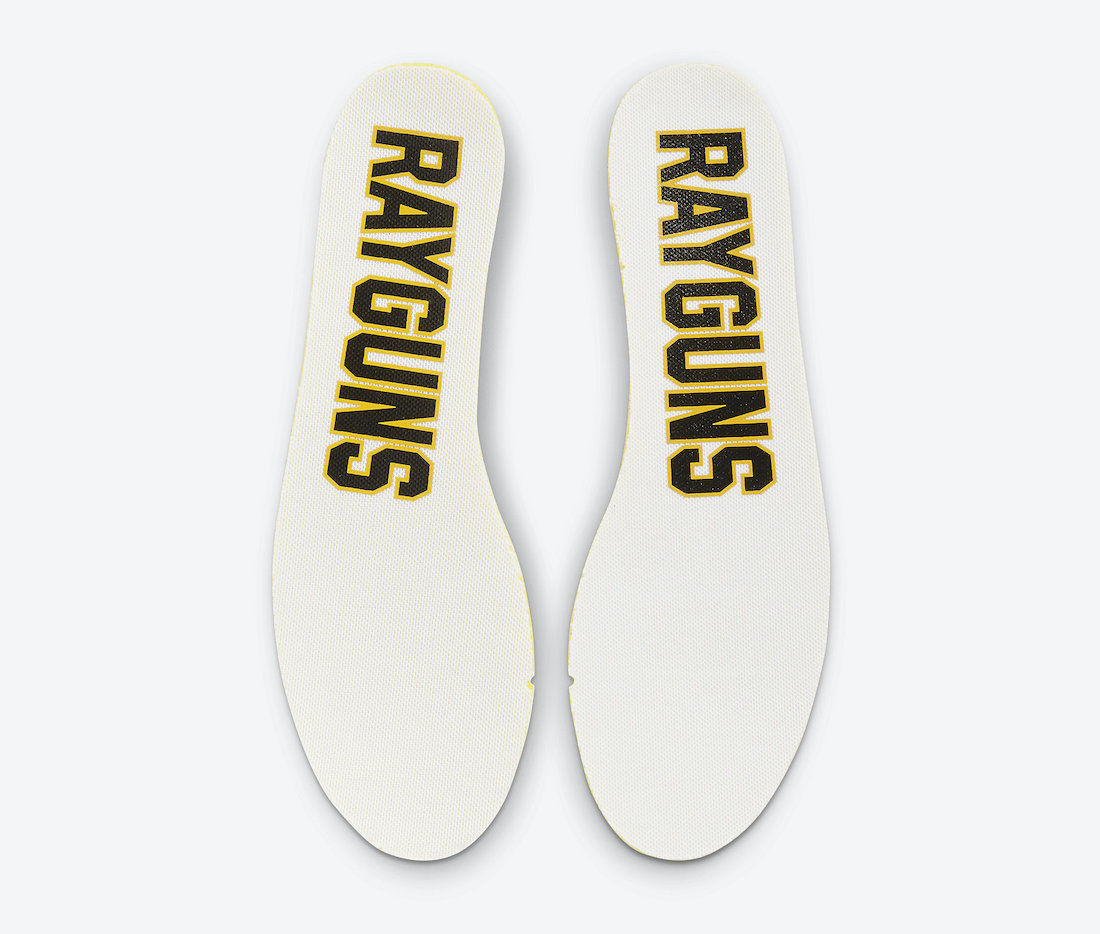 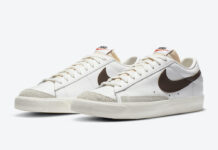 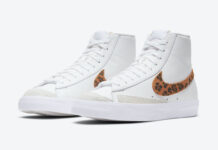 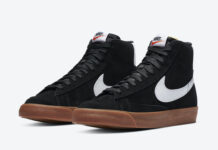 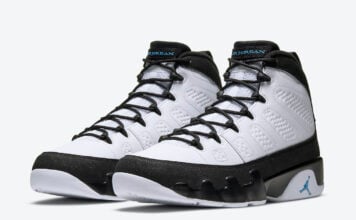