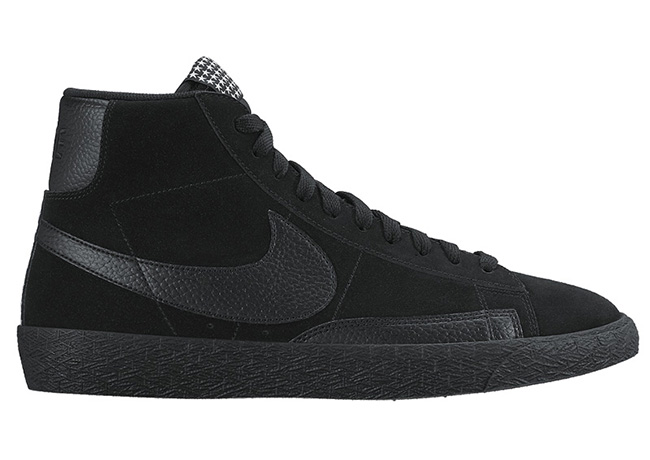 There has been a slight uptake in Nike Blazer Mid releases as of late, and the latest which dawns ‘Triple Black’ might be on a few sneakerheads cop lists for the holiday season.

The Nike Blazer Mid ‘Triple Black’ obviously receives it’s nickname from the predominate black takeover which includes the base, heel, midsole and sole. Using leather hits, the last detail is the addition of white stars added to the top of the tongue.

Currently, the ‘Triple Black’ Nike Blazer Mid has landed at select overseas retailers like atmos. There isn’t a set time frame for a stateside release, however one should become available in the coming weeks. Make sure to check back with us for additional details.