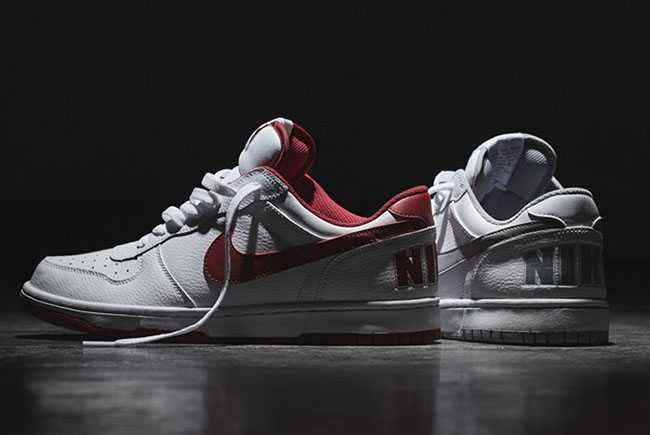 Originally worn on the court by Manute Bol, the 2016 retro of the Nike Big Nike Low will debut in Black/White, Black/Navy, White/Grey and White/Red. Featured for now is the White and Red release which has an OG feel. Constructed with White tumbled leather through the base, Red accents land on the Swoosh, liner and large Nike on the heel.

At the time of writing, the Nike Big Nike Low White Red is landing at Nike Sportswear retailers overseas which includes size?. Expect a wider release to take place soon which will include the other colorways mentioned. Below you can check out additional photos. 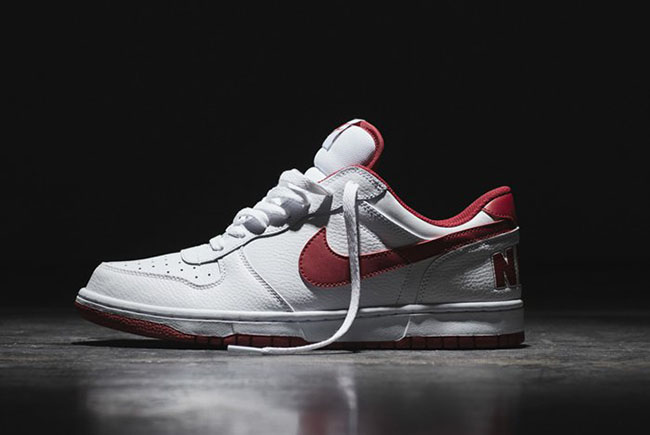 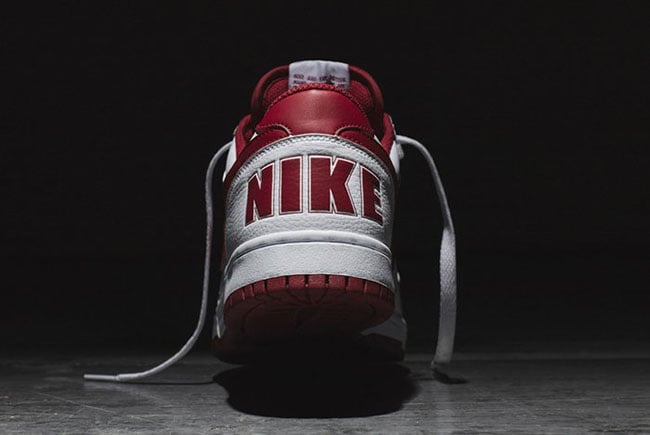 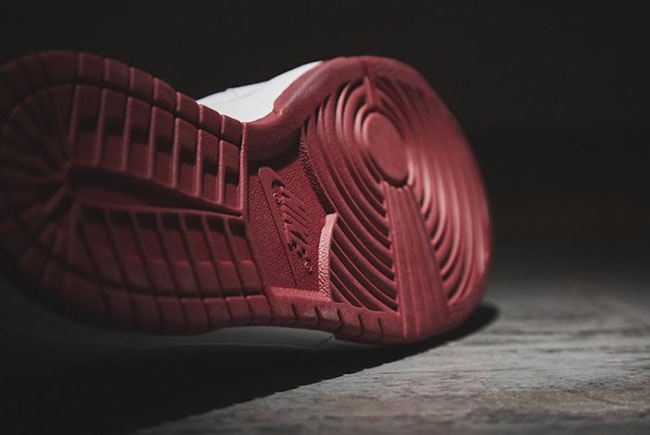