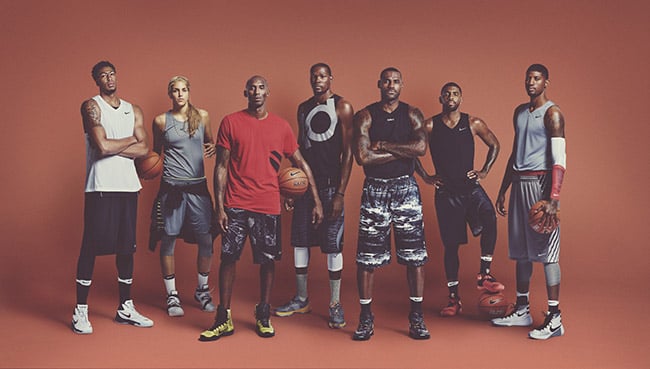 Nike’s latest Basketball campaign was just unveiled, ‘Bring Your Game’. The ad, which was made in connection with Wieden+Kennedy follows four young kids that love basketball and want to find out more about the superstar athletes to help narrow down their picks.

The Bring Your Game commercial features talents like Kevin Durant, Kobe Bryant, LeBron James, Kyrie Irving, Anthony Davis, Paul George and Elena Delle Donne. Overall, the short film is meant for to be comedy, but each is actually rooted to the specific player.

The trailer for the short film showcased last week and now you can see the full clip. Below you can watch the full 5 minute segment of the Nike Basketball ‘Bring Your Game’ campaign which you may have seen clips of during the Christmas Day NBA commercials.