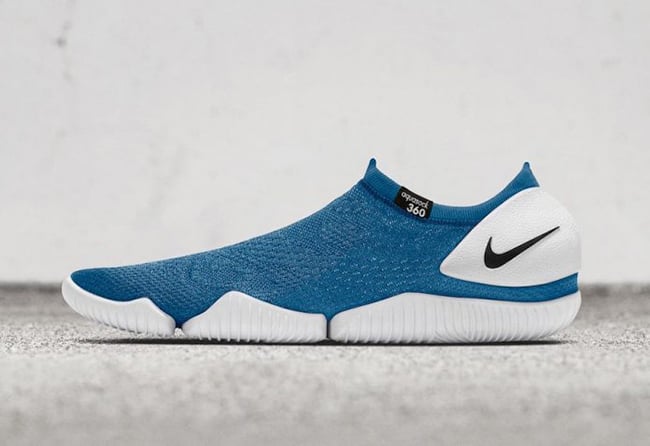 The new Nike Aqua Sock 360 features a two layer engineered, perforated mesh upper which is upgraded from the original release. In addition we have a foam heel clip. Adding for grip is the use of a split outsole with three rubber pods along with diagonal traction patterns. One pair comes in Chlorine Blue while the other features Black. Completing the two is White around the heel, Black Nike Swoosh, White on the midsole and outsole.

Both Nike Aqua Sock 360 colorways in ‘Chlorine Blue’ and ‘Black’ are now arriving at select Nike Sportswear retailers including online at Nike.com. Available in men’s and women’s specific sizing, retail price is set at $75. 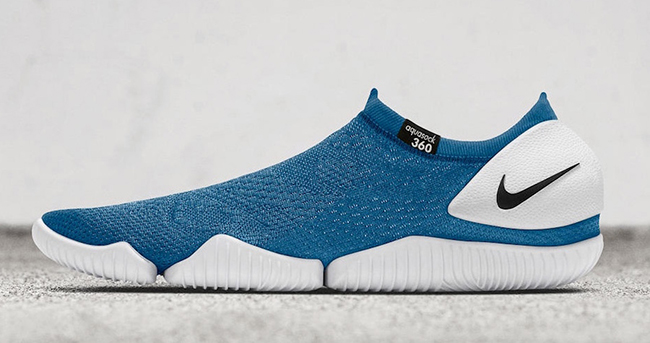 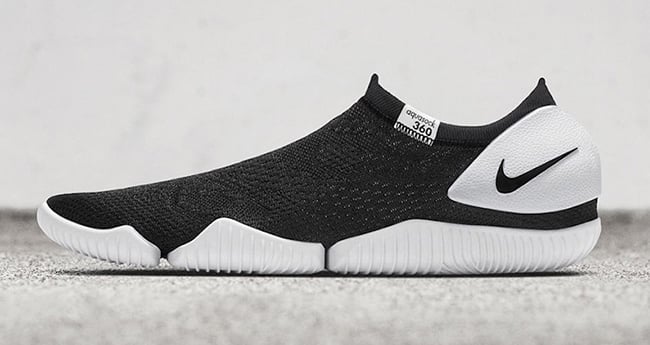 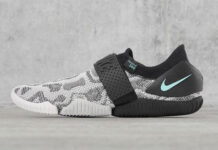 NikeLab Aqua Sock 360 Releasing on May 4th in Three Colorways