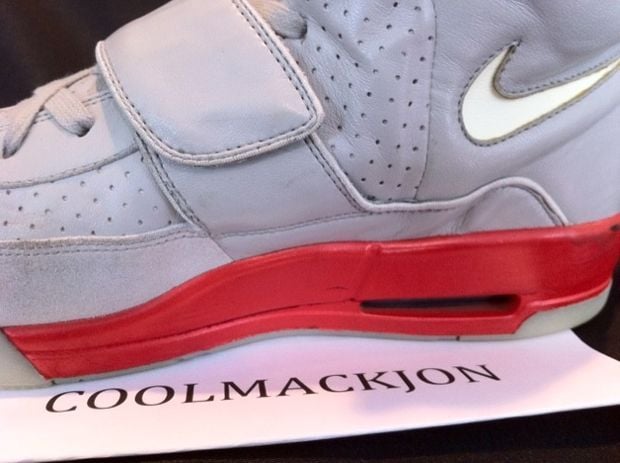 The Nike Air Yeezy has been making headway for months before and after it’s big release in all 3 colorways. The sell out shoe, we all know and love (and hate, for some) has released in limited numbers and is already in the process of a second installment. Today, we have images of the Nike Air Yeezy Samples, worn by Kanye West. What’s different in these versions are the smooth leather used for the upper, rather than the “Y” all over pattern that has been embossed on the actual release versions. Another thing to note is the all black samples, with the clear/red outsole, a colorway that we’ve not seen yet in the Yeezy. These joints are super rare, and are available for purchase through coolmackjon.