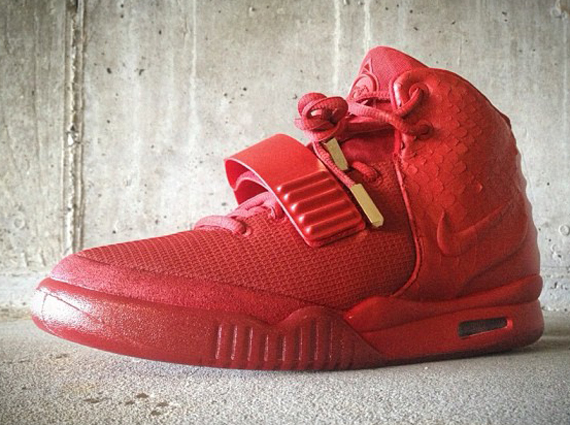 As you all are well aware, Kanye Wests ‘Yeezus’ album officially released today. With the arrival of his sixth studio album comes the “Red October” Nike Air Yeezy 2’s. But before you turn up and start jumping for joy, we’d like you to know that these are indeed a custom pair of kicks done by none other than sneaker customizing genius Mache.

Rather than wait until later this year for the third Yeezy 2 colorway to drop, Mache decided to take it upon himself and apply the highly anticipated tonal red colorway to a retail pair of Nike Yeezy 2. Though we are certain that the retail version of the “Red” Yeezy 2’s will be drastically different from Maches version, you can’t deny that this pair of customs makes you wish you could speed up time and make it October.

When you combine all red everything, including the glow in the dark sole and the ill gold lace tips, you have what will surely be regarded as one of the dopest customs of the year. Keep reading after the jump to check out some pics of Maches latest body of work and be sure to let us know if this custom pair of Yeezys further solidifies Maches rep as one of the top customizers in the game. 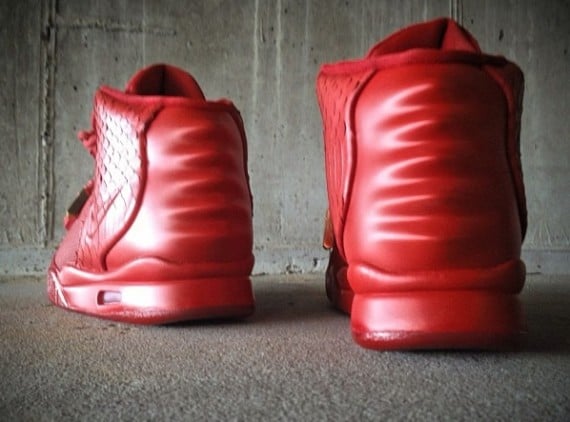 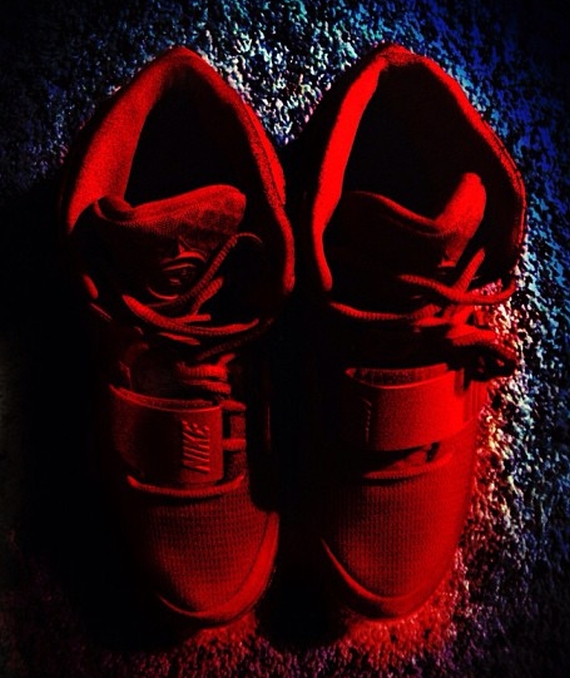