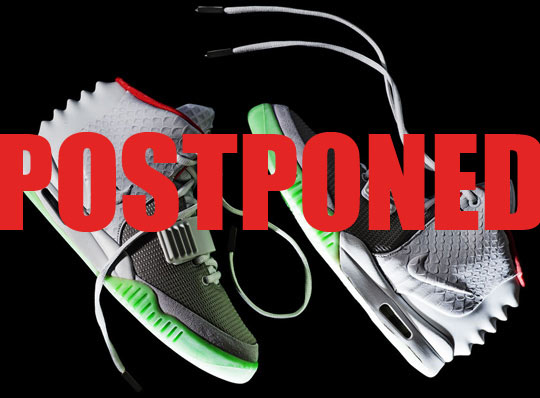 All of you that are out there camping for the “Wolf Grey/Pure Platinum” Air Yeezy 2 may want to pack up your stuff and head home.

After detailed images of the kicks dropped earlier this week, Solebox is now reporting that the release has been postponed and has yet to be rescheduled. Originally set to hit the Berlin store and other Nike Sportswear retailers on April 13, it has yet to be determined if the release will be postponed indefinitely or if they’ll see the light of day sometime in the near future.

Check back for more details, but, as of right now, you won’t be picking up a pair of Yeezy 2s next month.