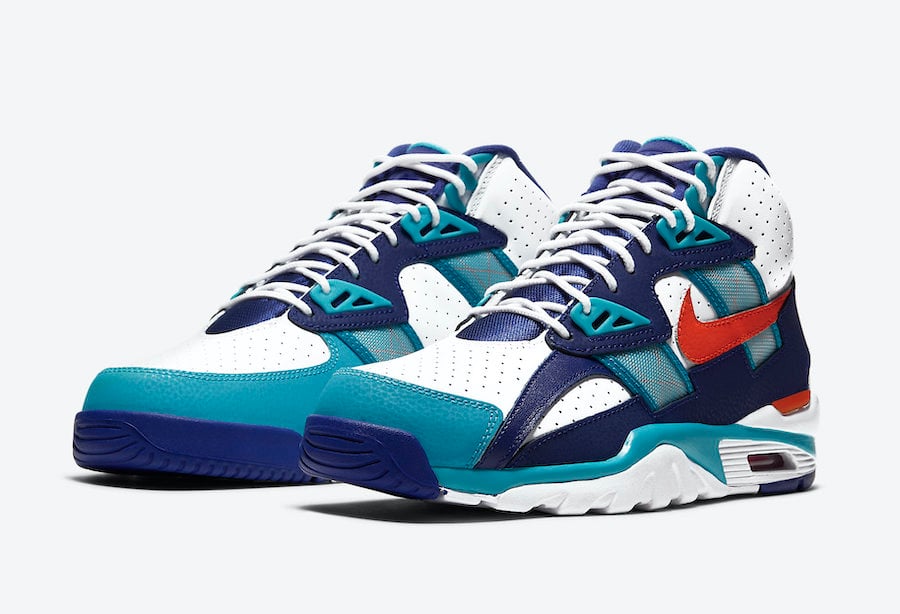 The Nike Air Trainer SC High which originally released during the 90s and was worn by Bo Jackson has returned to celebrate its 30th Anniversary.

While we have previewed a few upcoming colorways, the next pair utilizes White perforated leather across the upper along with Teal and Navy accents. Following we have a stitched underlay, mesh on the panels while Red is applied to the heel, midsole, Swoosh, insole and branding on the outsole. Finishing the look is White and Navy on the midsole and outsole.

Continue to scroll below to check out more images of this Nike Air Trainer SC High which will give you a closer look. You can expect this pair to arrive at select retailers including Nike.com soon. Retail price is set at $130. 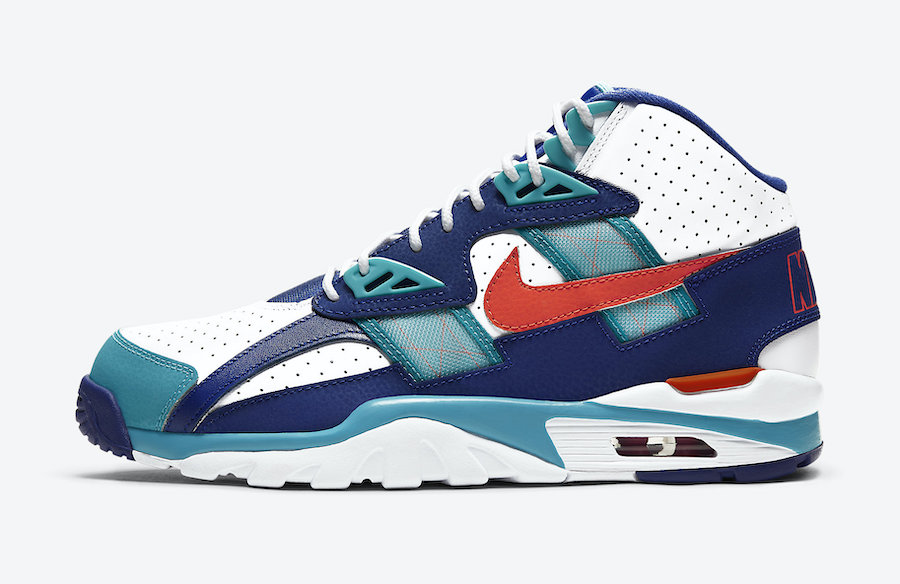 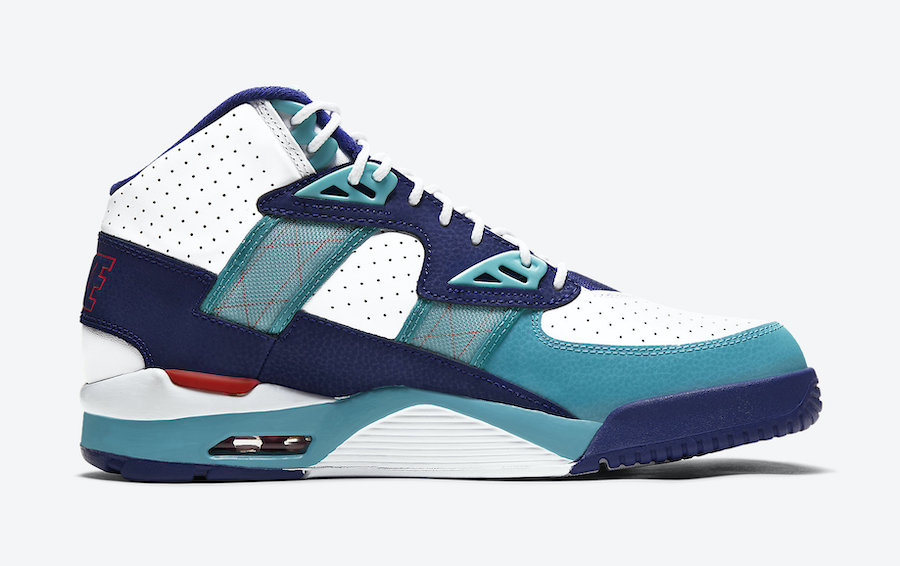 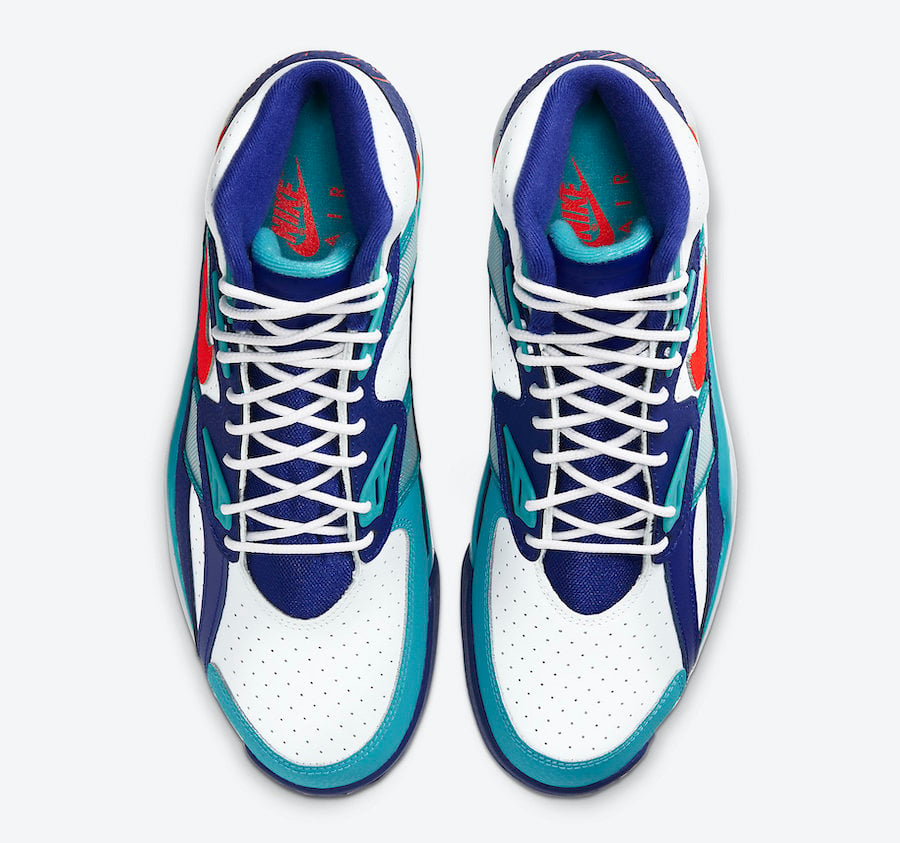 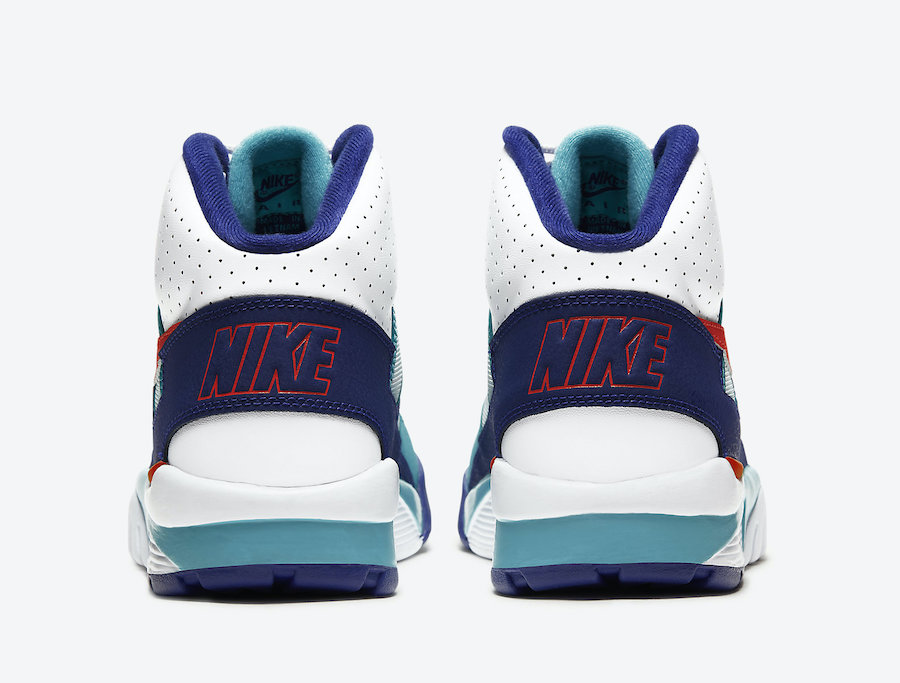 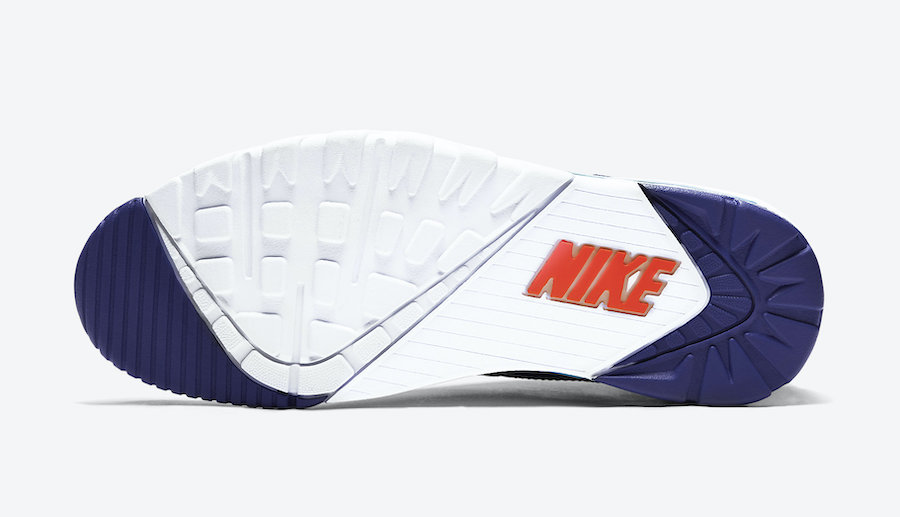