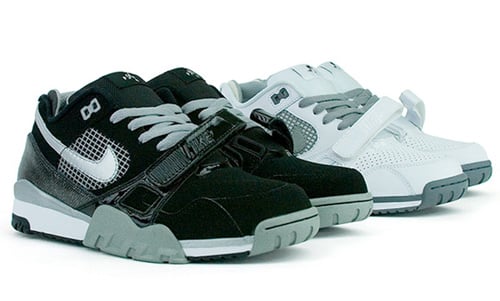 When thinking of the Nike Air Trainer II, many may associate it with the 2008 Nike SB x Supreme collaboration. The latest Nike Air Trainer II pays homage to one of the greatest athletes of recent history, Vincent Edward “Bo” Jackson. Synonymous for playing with then the Los Angeles Raiders, Bo Jackson’s image is depicted on the tongue in Techmo Bowl’s pixilated fashion. The Nike Air Trainer II will be released in two colorways, black and white, both consisting of leather, patent leather, and nubuck.