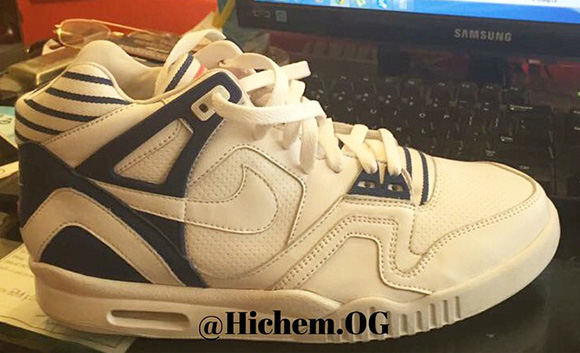 Not long for now, the Australian open will take place and Nike will celebrate by releasing a quickstrike Air Tech Challenge II known as ‘Grand Slam’. Earlier today a sample was leaked of a model that could be coming soon, is this link to the tournament?

While the image is a bit on the darker side, it appears the shoes feature a white base with navy blue accents. Around the heel and tongue navy pinstripes are used.

For now we are not sure if the Nike Air Tech Challenge II navy pinstripes will release but it is a possibility. Stay tuned.